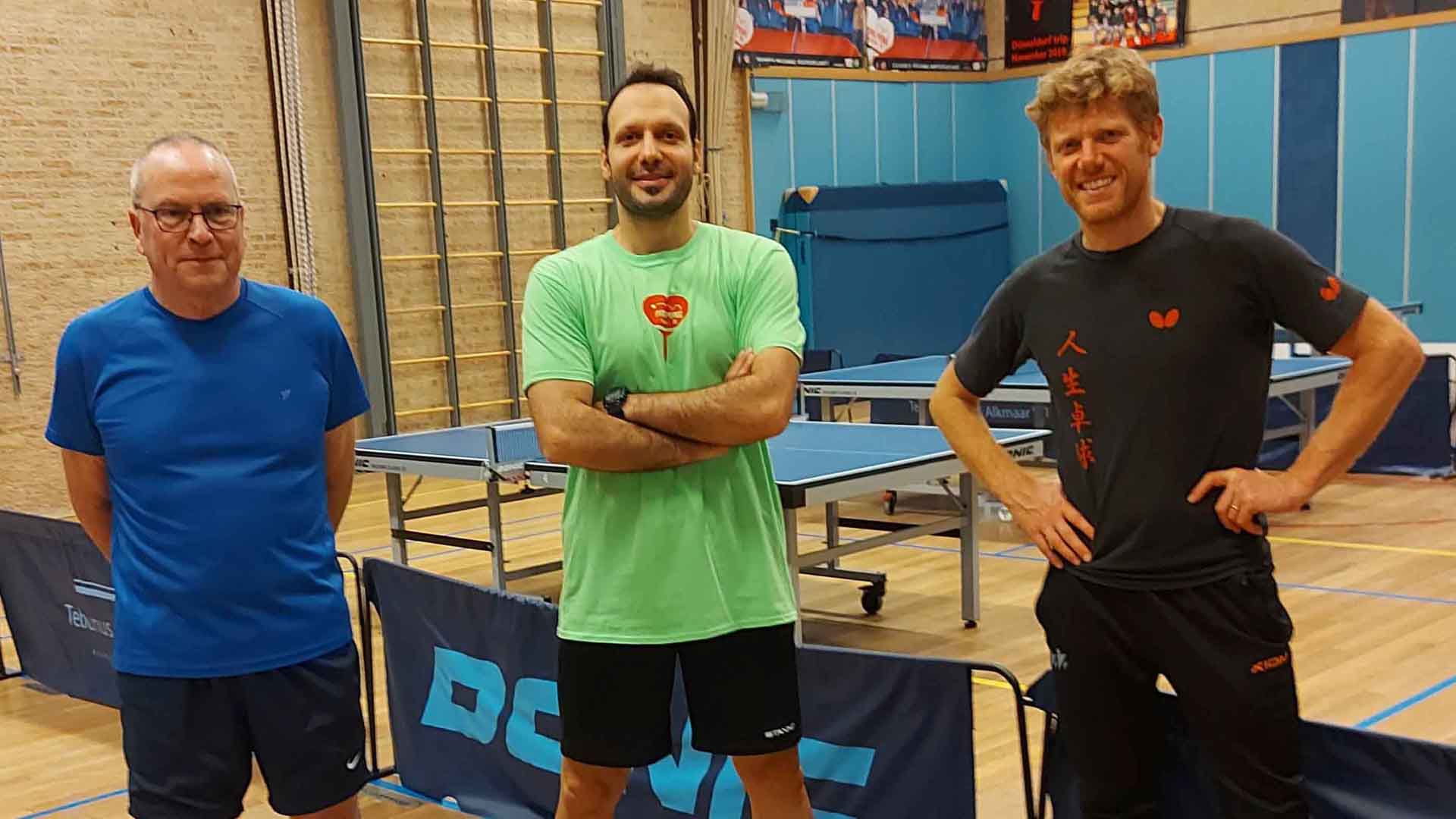 One person who responds a lot to the cry for help is Mark Smith. Dedicated to say the least, recently when table tennis sessions had to be interrupted due to Covid-19, he found the answer, headed for the beach and keeping fit.

Originally from Bradford in the north of England; A renowned player, he has traveled far and wide, playing table tennis, especially as a coach in countries like Nepal and India.

In 2018 from scratch he started Ping Pong Alkmaar. He rents a room from the city council and pays hourly for the use of the premises.

Most importantly, he deals with refugees, with his ITTF Foundation application supported by the Dream Building program.

“It’s the biggest challenge I’ve faced, going from nothing to a fully multinational club; the objective is to achieve this objective in four years. We have players from many different countries, especially India right now; In addition, our young Dutch players learned English very quickly and now speak fluently, which was an added bonus. Mark Smith

Last year, at the height of the Covid-19 pandemic in March, the Netherlands suffered slightly less than most, but there was a three-week period during which the club was forced to shut down .

However, as now, the break did not mean a postponement of activities; a Zoom call was organized with coaches from the Za’atari refugee camp located in northern Jordan, on the Syrian border. Youssef Alsalama, only 15 years old, a Syrian refugee in Alkmaar, proved to be a most effective interpreter.

Close ties with Jordan; above all, there are close links with the Central Reception Agency for Asylum Seekers (COA) in Heerhugowaard. The resident of the center with his wife and young daughter is Iranian Abbas Ramezani, an engineer by profession who has a solid sports background.

Abbas Ramezani has played baseball at the national level and is a former member of the Iranian junior national table tennis team. Thus, he turns out to be a great asset in Alkmaar. He attends four or five evening sessions a week, his enthusiasm never falters!

“I am really delighted to come to the Netherlands, everyone has been welcoming.” Abbas Ramezani