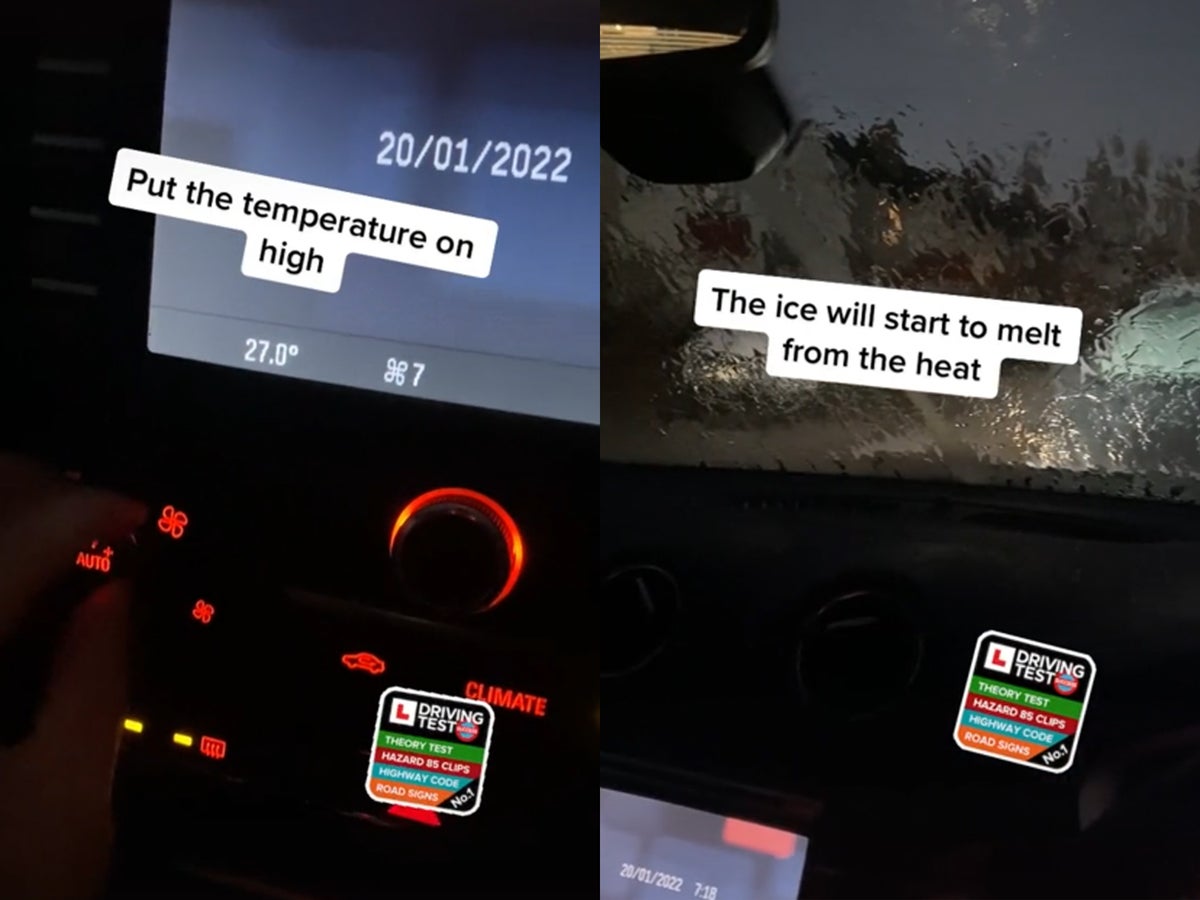 With the British experiencing another winter cold spell in January, with snow, ice and sub-zero temperatures, motorists can once again look forward to tips on how to defrost their cars and stay safe on slippery roads.

ALSO READ  State of the Union address: when it happens and what Joe Biden will say

One such clip shared on TikTok in December received a frosty reception online, but could still prove useful to the novice who isn’t used to navigating the tough conditions we’re currently living through.

The steps described boiled down to turning on the heater, aiming the heat at the windshield, waiting for the ice to melt, then wiping away the condensation.

More than a thousand users liked the video, but many were not impressed.

“WOW, I’ve been driving for over 24 years and I just learned this… ooh, can you please teach us the trick to open the doors? unlock first or later?” wrote one.

Another sarcastic comment read, “When you turn the wheel that’s fixed in the car, the car turns.”

One user took aim at potential viewers who might need the video’s help: “If you didn’t know this, you shouldn’t be driving.”

Driving Test Success responded to several commenters by saying that many of their followers were learner drivers who may not know how to de-ice a windshield.

During Britain’s last severe cold snap, temperatures dropped to minus 10C at higher elevations at night.

In addition to visibility, the cold weather also poses risks for drivers.

Yellow weather warnings for snow and ice covering large parts of the UK were issued earlier this week and motorists have been warned of road hazards in parts of the country.

The Met Office has warned motorists that winter showers could create dangerous icy patches on some roads in the coming days.

The public is urged to be extra careful when driving or walking and to consider not cycling in icy areas.

The RAC has since warned drivers to check that their cars are prepared for freezing temperatures and to carry provisions in case of a breakdown.

Rod Dennis, RAC spokesman, said: “With temperatures plummeting this week, many drivers will be surprised by the cold after an exceptionally mild autumn.

“Drivers with older batteries in their cars may also want to run their vehicle for 20 minutes before colder conditions arrive, to ensure the battery can withstand sub-zero temperatures.”