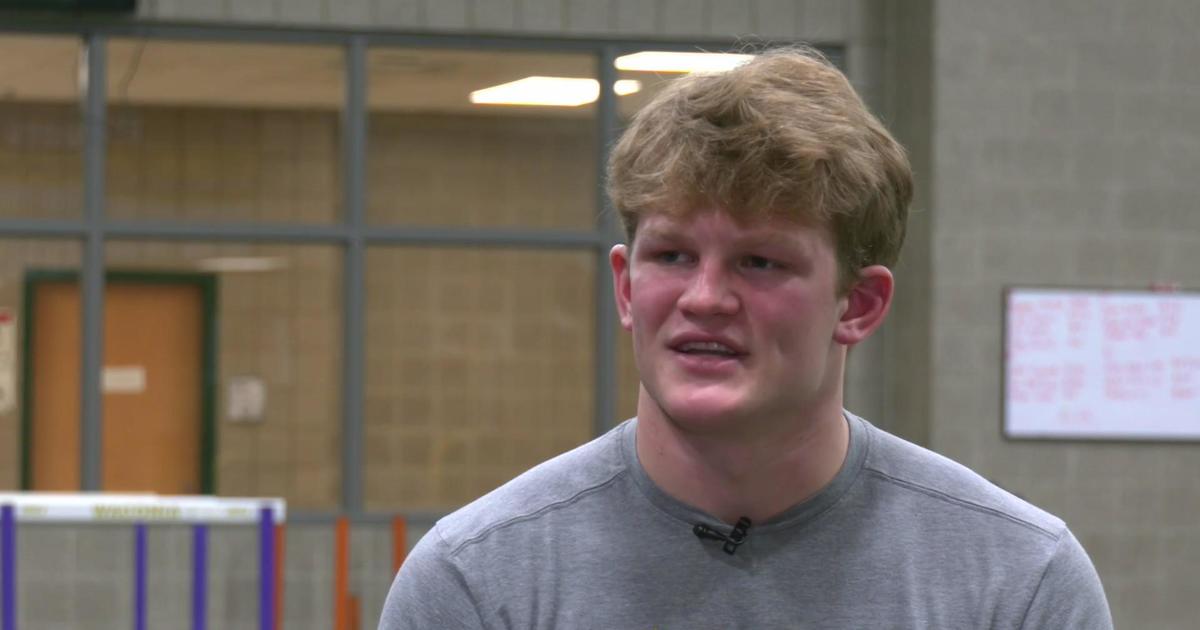 WACONIA, Minnesota — Raw talent is raw at any age. Max McEnelly has gone from free-for-all kindergarten to freestyle wrestling on the U17 World Team of the USA. This summer he went to Rome and came back with a bronze medal.

“It’s just a cool experience that not everyone gets and I’m thankful for it. But it’s not the end. I hope to make many more world teams after this. That’s the goal,” said McEnelly.

McEnelly is the top ranked 195 pound high school wrestler in America. But he is also the most successful running back in Waconia history.

“I’m just excited to have played my senior year. A lot of people didn’t know if I would play because people didn’t think I wanted to get hurt from wrestling. But I’ve been playing with them ever since. I was a freshman in high school so I felt like I was letting a lot of people down if I didn’t come out and help my team win football games,” said McEnelly.

He did. The Wildcats went 7–3 behind McEnelly’s 31 rushing touchdowns—top ten in the state in scores and yards.

“Football was one of the greatest joys of my life growing up and I’m sad to see it go. But I know wrestling will take me to new places,” said McEnelly.

McEnelly got a new feeling in late December: He lost and went on a 132-game high school win streak.

McEnelly retaliated and remains a favorite to join that elite roster of Minnesota wrestlers to win four state titles.

“I’ve had that written down in my notes since I was a sophomore in high school, so to get that opportunity this year is pretty special,” McEnelly said.

College wrestling for the Gophers and more international competition is in the future for McEnelly – a future he was preparing for even during the pandemic when the facilities were closed.

“I’m a tough fighter,” said McEnelly. “I’m tough and a lot of these kids can’t keep up with me.”

Ren Clayton grew up in Minneapolis as a true sports fanatic. He especially enjoys watching the Olympic Games, the Masters Tournament and the World Series.