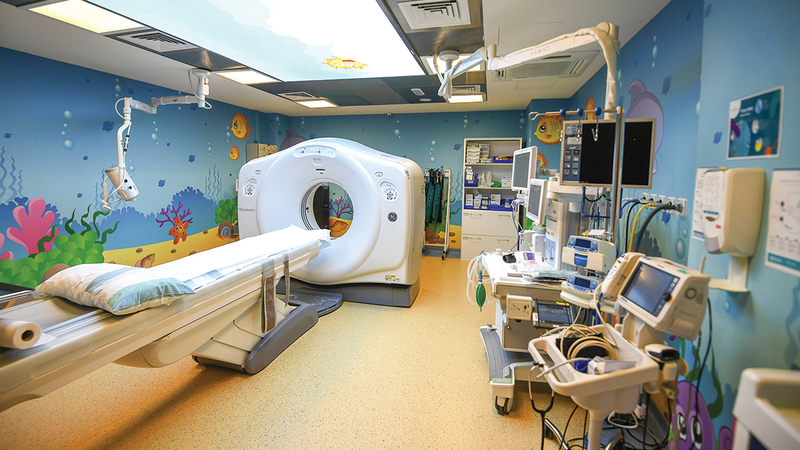 Medical tourism in Dubai has witnessed a large turnout from internal and international patients, within various medical specialties, during the past year and this year, which confirms that the emirate has become a global destination for patients and those seeking safe and distinguished hospitalization, and reflects the efficiency of the health sector with its advanced facilities, specialized cadres and medical staff working in it.

Dubai received about 630 thousand international health tourists during the year 2021, while the medical expenses of international patients amounted to nearly 730 million dirhams, which are record numbers if calculated and estimated according to the conditions of the global “Covid-19” pandemic that caused during the past two years a state of stagnation. internationally for this type of tourism.

Statistics from the Dubai Health Authority showed that most of the tourists who came to the emirate for treatment and hospitalization were from Asian countries with 38%, followed by Europe and the Commonwealth of Independent States by 24%, Arab countries and the Gulf Cooperation Council countries by 22%, adding that 55% of international health tourists They were male and 45% female.

ALSO READ  Tomorrow's weather will be fair to partly cloudy

Multidisciplinary clinics came at the forefront of medical facilities that received patients with a rate of 70%, then specialized clinics with 16%, followed by hospitals and one-day surgery centers with 14%.

According to the authority’s statistics, the three medical specialties that most attract health tourists are dermatology with 43%, dentistry with 18%, then gynecology with 16%, and tourists who came to Dubai from three continents, namely Asia, Europe and Africa, accepted specialties Other medical services at varying rates included orthopedics, plastic surgery, ophthalmology, fertility treatments, health and hospitalization.

A group of medical specialties witnessed a noticeable increase in the number of health tourists, as “dental medicine” accounted for 45% of patients from the Gulf Cooperation Council countries, then Asian countries by 28%, followed by European countries by 15%.

“Ophthalmology” attracted 33% of health tourists from Asian countries, 23% from the Gulf Cooperation Council and Arab countries, and 18% from African countries.

In the field of “public health and hospitalization”, the percentage of patients from European countries reached 45%, then the Gulf Cooperation Council and Arab countries by 25%, followed by Asian countries by 12%.

These statistics reflect the arrival of large numbers of health tourists from countries with a long history of medicine, which confirms the development of medical facilities in Dubai, whether governmental, private or multinational, and the high level of medical competencies based on these facilities and the value of diversity in subspecialties.

These achievements come as part of the Authority’s continuous efforts to raise the level of efficiency and quality of health services provided by health facilities in the emirate to keep pace with the best international standards and practices that focus on patient safety, and in a manner that enhances the competitiveness of the health system in Dubai as an ideal destination for health and medical tourism and a leading destination in The field of medical education, research and scientific innovation.

ALSO READ  Hamdan bin Mohammed: Mohammed bin Rashid's vision strengthens Dubai's position as a first destination for tourism and the safest, safest and best city to live in the world

The fact that the hospitals and facilities of the authority and the private sector obtained a set of international accreditations and international certificates also contributed to enhancing confidence in medical services and encouraging medical tourism.

The three medical specialties most attractive to health tourists

Those who came to the emirate for treatment and hospitalization were from Asian countries.

Of the international health tourists, 45% were male and female.