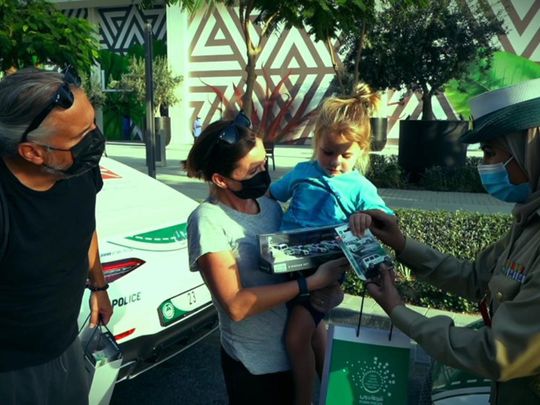 Dubai: Dubai Police granted another child’s wish to take a ride on one of the police-owned supercars.

According to Brigadier Saeed Bin Sulaiman, director of the Al Rashidiya police station, European child Ryan Noblet had always wanted to welcome the Dubai police to his home and take a joy ride on one of the famous police supercars of Dubai. Dubai.

Ryan’s mother had contacted Dubai Police to express her son’s desire. The Tourism Police Department then took the four-year-old for a ride in a police-patrolling supercar to various locations in Dubai.

“The boy was really happy to see his dream come true. Ryan truly admires the Dubai police. He has a lot of Dubai Police car toys and games, ”Brigadier Bin Sulaiman said.

Rayan’s mother reaffirmed her son’s admiration for the Dubai Police Force and thanked them for their willingness to make her child happy, which she said would have a lifelong positive impact on the child.

Sporting events banned from using ‘Dubai’ in names without approval