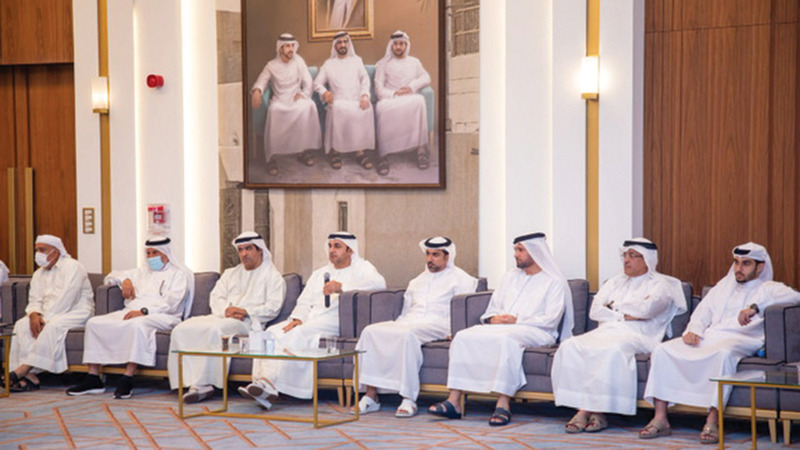 The Dubai Public Prosecution warned against parents being lenient in matters that make their children an easy target for electronic dangers, such as giving them phones and smart devices at an early age that does not allow them to realize its dangers.

The General Advocate of the Dubai Public Prosecutions, Counselor Muhammad Hussain bin Ali Al Hammadi, stressed during a seminar held by the Public Prosecution yesterday, in cooperation with the Community Development Authority, that the state has a deterrent legal system for the perpetrators of these electronic crimes, but caution remains an obligation on the part of parents, in order to preserve themselves. and their children from becoming victims of these crimes.

Meanwhile, the Chief Prosecutor, first expert in cybercrime, Counselor Khaled Al-Junaibi, confirmed the monitoring of cases in which artificial intelligence and robots were used in major electronic fraud operations.

For his part, the Chief Prosecutor, first expert in juvenile and family issues, Counselor Shehab Ahmed Saleh, stated that most juvenile crimes are quarrels, stressing the need for adequate oversight on the part of the family, to protect children from delinquency.

In detail, Al Hammadi said in the symposium entitled “Legal Chats”, which was held at the Al Khawaneej Neighborhood Council, that the Public Prosecution Office is keen to communicate directly with members of the community, with the aim of spreading legal knowledge and raising awareness of its role in light of being an independent judicial body with judicial and executive authority.

ALSO READ  122 schools benefit from the "Your Children are Safe" platform... and an operating room to follow up on buses

He added that there has been a great development in the country’s legislative system, and a large number of laws have been introduced to keep pace with developments, so it is necessary for members of society to be aware of them, especially those that affect the family directly, such as the Child Protection Law and the Law on Combating Technical Crimes and Rumors.

He stressed that the penalties associated with cybercrime are deterrent, but there remains a responsibility on the people themselves, so that they do not fall victim to this category of criminals, and the necessary awareness must be given to protect children from its dangers.

For his part, Al-Junaibi said that the new law to combat information technology crimes added new behavioral patterns that were not punishable by the previous law, such as the circulation of false news, and some methods of electronic fraud, such as promoting fake offers. In the personal context of the individual, but extended to criminalize photography in public places.

He added that there is a lack of awareness related to cybercrime, as some fall into naive traps, so care and caution should be exercised, especially when dealing with strangers or receiving calls from unknown parties.

He stressed that parents are responsible for protecting their children, and it is not acceptable for a child’s first gift to be an iPad or a smart phone, on which platforms whose content can be seen negatively affect the children’s ideas and culture.

He pointed out that some parents tolerate these matters, so a three-year-old child comes and tells his father that all his companions have phones except him, which makes him acquiesce in his request, while the right thing is to refuse, as it is not logical to gift the children something that may destroy them later.

He pointed out that cyber fraudsters use modern technologies to carry out their crimes, and cases were monitored in which artificial intelligence and robots were used in major electronic fraud, such as a program that can transcribe voices by simply listening to them for 20 minutes, and was used to defraud a bank, and transfer huge sums, He pointed out that this is the difference between the traditional crime that used to require a lot of effort and a lot of risk to rob a bank, for example, but now it is possible to do so while the criminal is drinking coffee.

For his part, Saleh stated that parents’ control over their children is obligatory, and it must be done in a good way that brings them closer and does not distance them from their children, pointing out that most of the problems that come to the prosecution are school quarrels, in light of the children’s lack of awareness, and their poor awareness of the consequences of their actions.

He emphasized that the Child Protection Law guaranteed all children their full rights to education, health, and other basic rights, without distinction between gender, nationality, religion or colour. The child has the absolute right to protection and care under the law.

He added that there are cases that the Public Prosecution considers mistreatment of children and depriving them of their basic rights, such as education or their registration, and legal measures are taken against those responsible. Preserving evidence The Chief Prosecutor, first expert in cybercrime, Counselor Khaled Al-Junaibi, confirmed that one of the problems of cybercrime is that it is difficult to prove, so evidence must first be preserved, especially in insult crimes through chat applications, and awareness of the ways established by law to file a complaint or submit a report .

He pointed out that some resort to scanning the content of the phone to destroy the evidence on it, but they do not know that there are specialists who can recover it, so it is necessary to be aware of the consequences of being involved in a cyber crime in the first place.

“National Meteorology” warns of low visibility due to fog