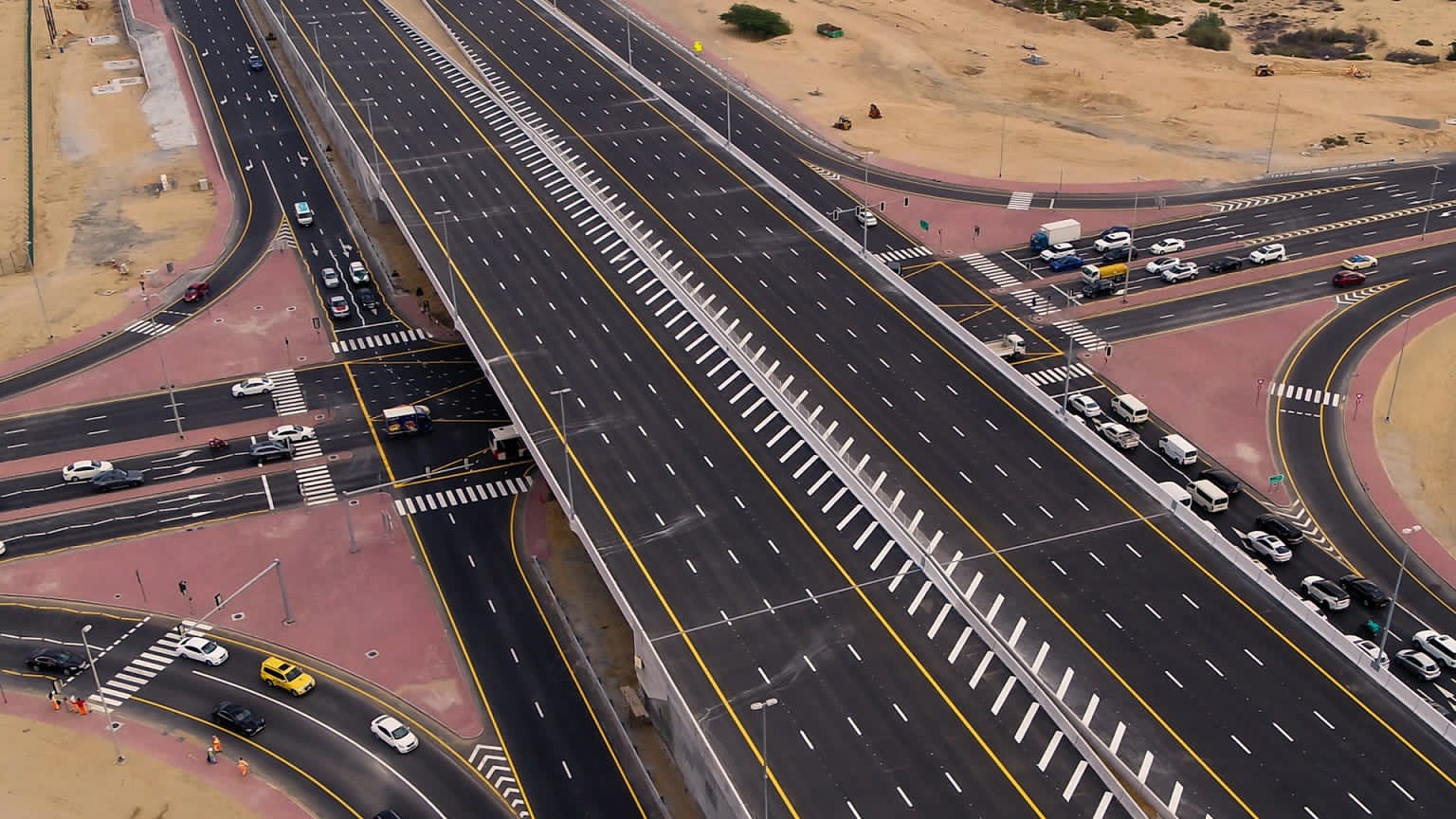 Today, the Roads and Transport Authority (RTA) opened the Sheikh Zayed bin Hamdan Al Nahyan Street development project, in the part extending from its intersection with Dubai-Al Ain Street, to the Academic City Roundabout, with a length of about three kilometers, and the opening of two bridges at the intersection of Dubai Silicon Oasis, with a length of 120 meters, with a capacity of four Lane in each direction, with a capacity of 14,400 vehicles per hour in both directions, to ensure smooth traffic flow on Sheikh Zayed bin Hamdan Al Nahyan Street, in both directions. The project serves Dubai Silicon Oasis, more than 25 universities and colleges, and 27,500 students, in addition to development projects. In the region, the Authority intends in the future to develop Sheikh Zayed bin Hamdan Al Nahyan Street, in the part that extends from Academic City, until its intersection with Al Aweer Street.

Mattar Al Tayer, Director General and Chairman of the Board of Directors of the Authority, said: The implementation of the project comes within the framework of the directives of His Highness Sheikh Mohammed bin Rashid Al Maktoum, Vice President and Prime Minister of the UAE and Ruler of Dubai, to speed up the completion of road projects and transportation systems, to keep pace with the continuous development witnessed by the Emirate of Dubai. It also comes within the framework of the comprehensive plan of the Roads and Transport Authority, to develop the road network, bridges, crossings and tunnels, to accommodate the growing increase in traffic, improve transportation and facilitate traffic in various regions of the Emirate of Dubai, as well as a translation of the authority’s strategic plan in developing the infrastructure of road networks and the mass transit system in The Emirate of Dubai, and the development of integrated solutions of road systems and land and sea transport networks, that are safe for its users, meet the needs of population expansion and expansion, and contribute to encouraging development and investment in the emirate.

ALSO READ  Friday.. Pension disbursement for the month of January

He added: The project included strengthening the entrances and exits to and from Sheikh Zayed bin Hamdan Al Nahyan Street, by linking with the Dubai-Al Ain Street intersection, expanding the street to four lanes in each direction with a length of about three kilometers, and implementing two bridges at the Dubai Silicon Oasis intersection with a length of 120. meters, with a capacity of four lanes in each direction, and the implementation of an intersection under the two bridges, controlled by light signals, that includes 20 lanes in all directions, with a capacity of 8,000 vehicles per hour, to achieve smooth traffic flow leading to Dubai Silicon Oasis and Zayed University, and the project also included traffic development works On the Academic City roundabout, as well as street lighting services for highway facilities.

The Director General and Chairman of the Board of Directors stated that the Sheikh Zayed bin Hamdan Al Nahyan Street development project (east towards Al Awir) comes as a continuation of the authority’s efforts, which it started to develop the extension of Sheikh Zayed bin Hamdan Al Nahyan Street, by implementing a road with a capacity of four lanes in each direction, with a length of 25 km. km, starting from its intersection with Dubai-Al Ain Street to the roundabout on Al Yalayis Street, and included the development of several intersections with the surrounding road network, where a bridge intersection was implemented at the intersection of Sheikh Zayed bin Hamdan Al Nahyan Street with Latifa bint Hamdan Street near the entrance to the Global Village For those coming from Emirates Road, implementing a roundabout controlled by light signals at its intersection with Al Qudra Road, and implementing a surface intersection controlled by light signals with Hessa Road, explaining that the traffic solutions to develop these intersections are temporary and will be developed in the future with a package of final traffic solutions.

Dubai Roads opens the project to develop Sheikh Zayed bin Hamdan Street and two bridges with a capacity of 4 lanes in each direction#Emirates today pic.twitter.com/HQD5NMfMke