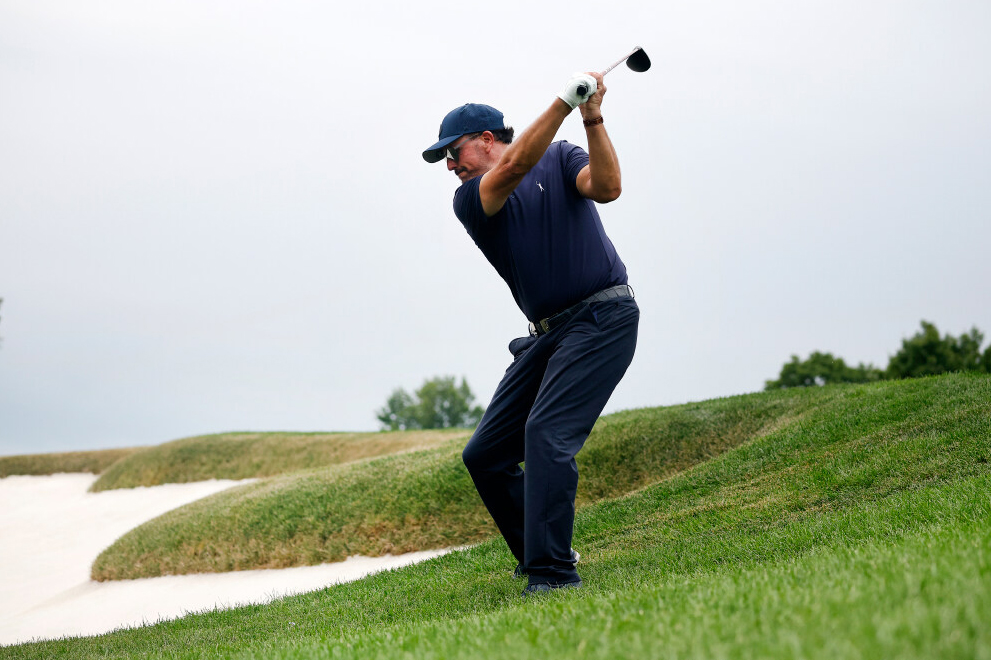 The event at Trump National Golf Club in Bedminster, NJ, which kicked off Friday, features some of the best players in the world.

The field is made up of 11 major champions, five of whom have won at least one green jacket as a Masters champion. Thirteen of them have played in at least one Ryder Cup. Four of them once held the No. 1 ranking in the world.

That is more than representative. It could even be argued that this field is more attractive than the field taking part in the Rocket Mortgage Classic, the PGA Tour event being held in Detroit this week (in case anyone noticed).

The Trump National job is a legitimate top job. It is challenging and scenic. There are grandstands, even if crowds are scarce, and there are food and drink vendors.

A winner will be crowned on Sunday and receive a trophy and check.

So there are key parts of a LIV Golf event that feel real.

Yet so much of it feels fake.

After all, what does all this mean?

The 48 contestants have already received guaranteed money for appearing on the first tee (some of them paid amounts that could feed a small nation of lobster and New York strip steaks for a few years), so there’s no consequence as to where they end up by the end of the game. the tournament.

ALSO READ  Trump's impeachment has a satisfying link to 'succession'

There are no world ranking points at stake in LIV events, at least not yet. The tour has signed up for them but is not holding its breath. So whatever happens by the time the last putt falls in Central Jersey farmland late Sunday afternoon will mean nothing as it involves one of these players helping themselves qualify for one of the big championships.

There is a shotgun start for each round. Music is heard from the speakers in the stands and tee boxes. It’s a weird feeling.

Does it really matter that Henrik Stenson, the recently fired Ryder Cup captain who played in his first LIV event, and Patrick Reed each shot a 7-under 64 to share a two-shot lead after Friday’s opening round?

Does anyone really care?

Does it matter that Phil Mickelson, the face of LIV Golf (other than CEO and Commissioner Greg Norman), continues to struggle? He finished 4-over 75 on Friday, making him a cumulative 24-over in his seven LIV rounds.

Mickelson, who ended his day with a questionable three-putt on his final hole, is reportedly being paid $200 million to play guaranteed in the Saudi-backed tour. So, where exactly is the motivation to secure the extra $4 million paid to the winner?

Have you been immersed in and riveted by the LIV Golf team competition, with Team 4 Aces (featuring Reed, Dustin Johnson, Pat Perez and Talor Gooch) entering the second round on Saturday at 11-under with a small one-time lead over Team Majesticks ( with Stenson, Ian Poulter, Lee Westwood and Sam Horsfield)?

Worried about Team Niblick, Team Cleeks and Team Punch putting 10 shots out of the lead in last place?

I do not think so.

Of course we’re cynical about all this, but how can you not be with the circus atmosphere with former President Donald Trump (who owns the golf course) peacocking the grounds and music blaring everywhere as the players play?

In all fairness, LIV Golf has entertainment value. It’s a chance to see some of the game’s biggest names up close. The music is good.

Maybe this thing will stick. Maybe one day what happens on the golf course during LIV events will really matter and the results will have some repercussions.

More top players are believed to be ready to grab the free Saudi money once the PGA Tour playoff season is over and the Presidents Cup ends in the fall. There are still many legal dominoes to fall, starting with the state of the PGA Tour suspensions of its players playing LIV Golf and the possible collusion over handing over world ranking points to LIV.

Maybe we’ll get to a point where this matters and it doesn’t feel so contrived, so fake.

That time just doesn’t seem to be coming anytime soon.

The Bharat Express News - August 19, 2022 0
'Hellish' storms sweeping across Europe have claimed the lives of at least 13 people as hurricane-force winds rip up trees from the ground, fire...