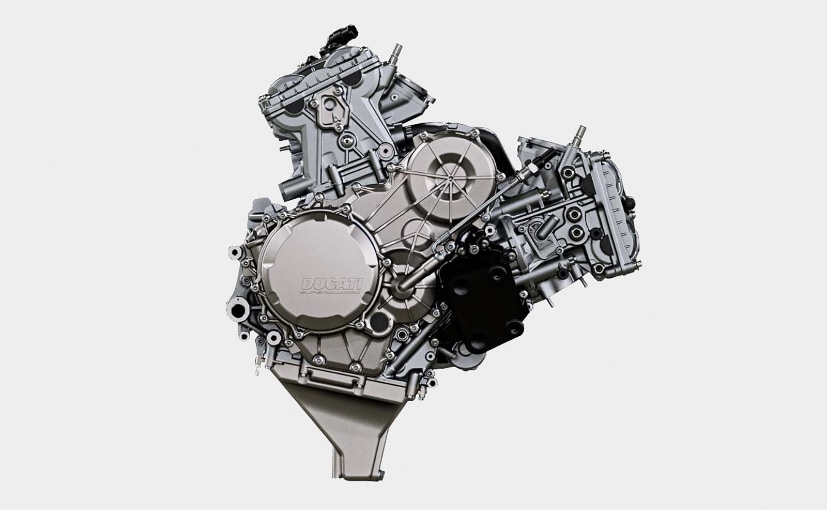 Spy photos appear to show the front half of the upcoming Ducati Streetfighter V2, as well as what is expected to be a Multistrada V4 Pikes Peak variant.

Since the launch of the Ducati Streetfighter V4 based on the Desmosedici Stradale engine, there have been rumors that Ducati is introducing a smaller mid-weight Ducati Streetfighter V2. With the Streetfighter V4 receiving rave reviews, both from enthusiasts and Ducati fans, it seems it’s only a matter of time before Ducati product strategists concoct a more accessible and affordable naked sport based on the Ducati Panigale V2. The assumption is that it’s still a Panigale V2 at heart, but without the bodywork and fairings for that classic streetfighter look.

The Panigale V2 uses the Ducati Superquaddro L-twin engine with desmodromic valve timing, and this will likely be used in the Streetfighter V2 as well.

Read also: Everything you need to know about the Ducati Panigale V2

But these spy shots are at best an estimate of motorcycle testing in Italy. The photos don’t even clearly show the Streetfighter V2’s design, let alone the engine details. But what we can expect is the same 955cc super-quadro L-twin engine that puts out 155bhp at 10,750rpm and has a maximum torque of 104Nm at 9,000rpm from the Panigale V2. And compared to the Streetfighter V4, the bare average weight will be a more affordable version, but the price will only be slightly lower than the fully faired Panigale V2.

Read also: Everything you need to know about Ducati Streetfighter V4

We’re also expecting a full electronics suite, with an inertial measurement unit (IMU), powering traction control, freewheel control, and will also come with cornering ABS. At this point, it is not known if and when Ducati will present the new model. Our bets are on the next EICMA 2021 show in Milan in November 2021, or World Ducati Week, where the bike will be unveiled to the public.