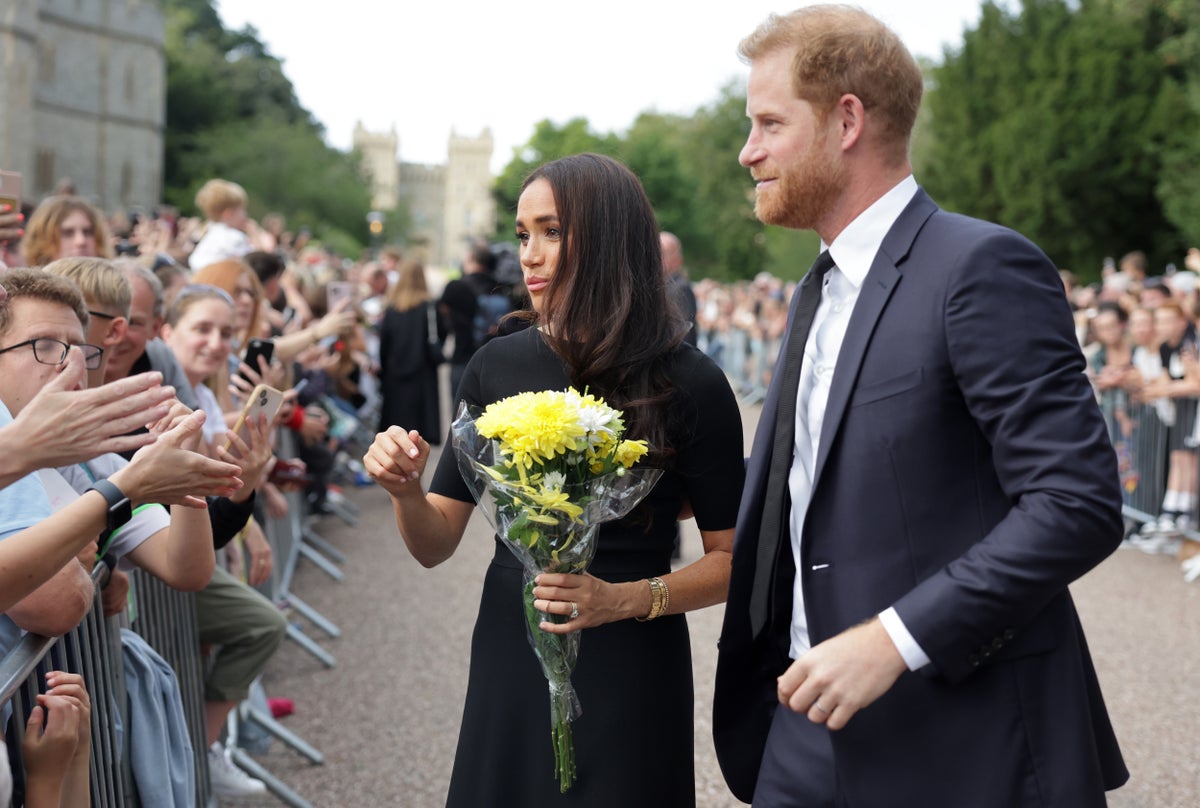 Meghan, the Duchess of Sussex, was praised for remaining calm despite the apparent hostility of some members of the crowd as she greeted the audience after the late Queen’s death.

She was joined by her husband Harry, the Duke of Sussex, and the Prince and Princess of Wales as they visited the gates of Windsor Castle to view the floral tribute left by the crowd.

ALSO READ  'You could have heard a pin drop': Hundreds gather for 'moving' queen salute

It was the first time in over two years that the royal couples had been seen together.

As they passed the crowd, the princes and their wives spoke to the crowd, shook hands and thanked the benefactors.

However, the Duchess was greeted frostily by some people in the crowd who looked away and didn’t raise their hands when she greeted them.

Footage shows a woman looking down as Meghan smiles at her, while another woman turns her head and avoids the Duchess’ gaze.

Social media users noted the crowd’s unwelcome response, with many praising the Duchess for her calm and unphased attitude towards hostile members of the public.

Others also spoke of her courage and courage to show up at all, knowing that some people would react negatively to her.

Sara Gibbs tweeted: “It took tremendous guts, grace and dignity to have Meghan Markle appear in this capacity today. I’m not preoccupied with royalty, but as someone who would rather avoid someone who has belittled me forever than a slightly uncomfortable to have a conversation, I think she’s brave”

Another Twitter user shared the video of Meghan being snubbed, writing, “The way some people in this country are treating Meghan Markle is absolutely disgusting and shameful.”

A royal expert told TBEN that the reunion between the brothers was “a symbolic gesture to show respect for both their late grandmother and their father, the new king.”

The brothers have reportedly been feuding since the Duke and Duchess of Sussex stepped down as senior members of the royal family in 2020. Following their decision to step down, Oprah Winfrey sat down with Prince Harry and Meghan for an all-encompassing talk that aired in March 2021.

However, after the royal couples were seen together last week, Oprah said she hopes the Duke and Duchess of Sussex can use the opportunity to make peace with their relatives.