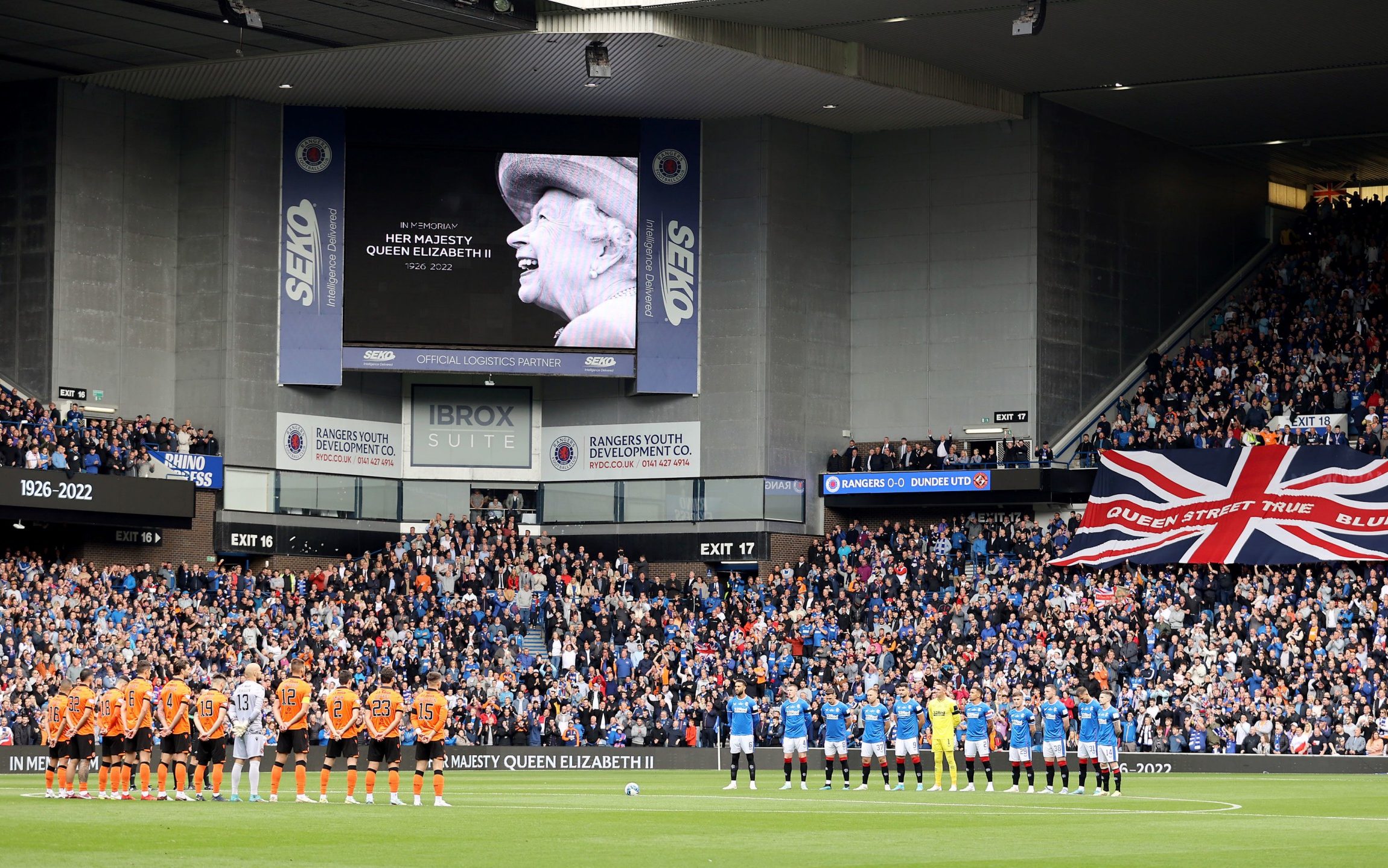 Some of Dundee United’s fans sparked outrage at Ibrox on Saturday when they broke a minute of silence in memory of Queen Elizabeth II.

After playing the national anthem in defiance of UEFA ahead of their Champions League game on Wednesday, Rangers paid further tributes ahead of their game at Ibrox, but the silence ended with cheers and multiple reports that fans in the away section ‘Lizzie’s in a box’ had sung in reference to the late Queen.

This sparked anger among Rangers fans and an even ‘shut-up’ gesture from Rangers striker Antonio Colak, who put a finger to his lips for Dundee United fans after the first of his two goals in a 2-1 tie. victory.

“We were quiet at the start of the game because we know why – it’s all about respect,” said Colak. “It was my emotions because the whole crowd, 50,000 in the stadium, had this respect, but some people didn’t. It was just a moment and everyone should understand.”

Last week, a video was also circulated online of Shamrock Rovers supporters singing the same song, leading to a conviction against the club.

It was Rangers’ first home game since the death of Queen Elizabeth II, after all games in Scotland were postponed last weekend. They had also honored Queen Elizabeth II with a full-page photo on the front cover of Saturday’s race schedule.

Football matches will take place across the country for Monday’s state funeral, and Celtic will also play in St Mirren on Sunday.

Celtic supporters had displayed banners reading ‘F — The Crown’ and ‘Sorry for losing Michael Fagan’ during their 1-1 draw in Shakhtar Donetsk on Wednesday.

The latter was a sarcastic reference to an intruder who found his way into the bedroom of the late Queen’s Buckingham Palace 40 years ago.

The Scottish Professional Football League told clubs they “may want” to “hold” a period of silence “and/or play the national anthem” before kick-off, but St Mirren plans to hold a minute of applause rather than silence before kick-off. the Celtic match. Obviously Sky Sports production staff have been told to lower the noise level if there are offensive chants.

Celtic manager Ange Postecoglou has urged supporters to behave respectfully. “I have the same message to our fans that we always have,” he said. “As I said before the game (to Shakhtar), we will stick to the protocols. We wore black armbands. I think there will be one minute of applause. We will do that in a respectful way. We want our supporters to do the same to do.”

The Premier League announced earlier this week that the national anthem would be played during matches after minutes of silence in honor of the late Queen, with jumbo screens also showing footage of her and flags in stadiums at half-mast. Fans have been encouraged to join in with applause for her 70-year reign in the 70th minute of the matches.