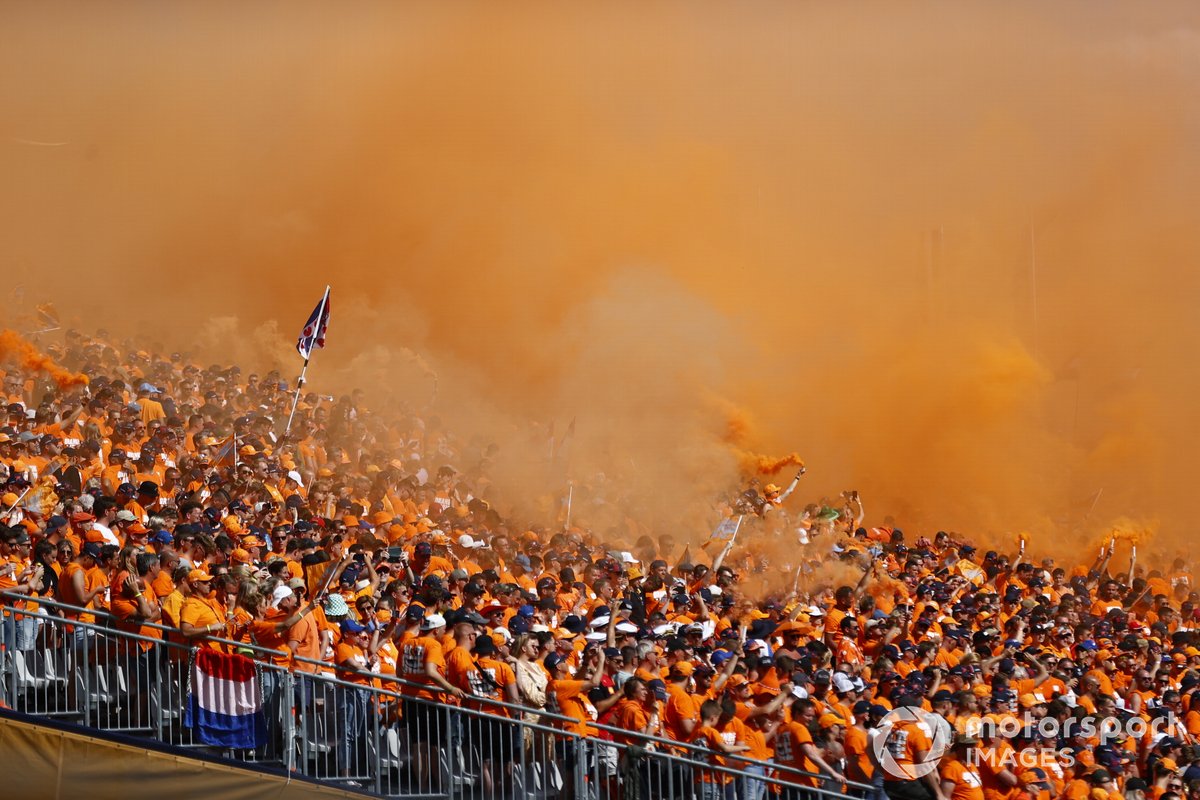 Although the Zandvoort circuit has already made it clear that torches are not allowed in the hall, that has not stopped some fans from sneaking in.

But the problems turned extreme on Saturday when orange flares were thrown onto the track during qualifying on two separate occasions.

The first flare landed in the middle of the track and caused a red flag, while a second flare towards the end of Q3 in Turn 1 rolled under the pit wall, meaning only a short yellow flag.

The FIA ​​and circuit organizers confirmed that the person who threw the first torch was caught by security and handed over to the police.

Ahead of a 100,000 sold-out crowd expected on Sunday, Dutch GP officials have urged fans to behave.

In a statement, they said: “All drivers, Formula 1 management, the FIA ​​and the organization of the Dutch Grand Prix do not tolerate flare, as Max Verstappen himself pointed out in a post-qualifying interview.

“Its use is not allowed and creates very unsafe situations on the track for drivers and other fans.

“The organization once again appeals to the common sense of all our fans and warns that the use of torches will not be tolerated.

“The perpetrator who lit the torch on September 3 was spotted by bystanders and handed over to the authorities by event security.”

Mercedes team boss Toto Wolff said the enthusiasm of the Dutch fans gave energy for F1, but was unimpressed that a few “idiots” had ruined it.

“The atmosphere here is great,” he says. “The enthusiasm for Max has set the whole country on fire and that’s great to see. My experience with the fans has been positive, and it’s a shame there are some total idiots out there who either drink or don’t consider what such an outburst on the track can do to a driver.

There were wild theories that the flare-ups had been timed to disrupt Lewis Hamilton’s runs in qualifying, but Mercedes said it had found no specific evidence to support that claim.

“We looked at the camera angles as Lewis drove through the pit lane, and I don’t know if anyone is doing it, but I think it happened before he got to that point,” he said.

“So again a few idiots, and I hope the organizers get a grip on it with the certainties.”