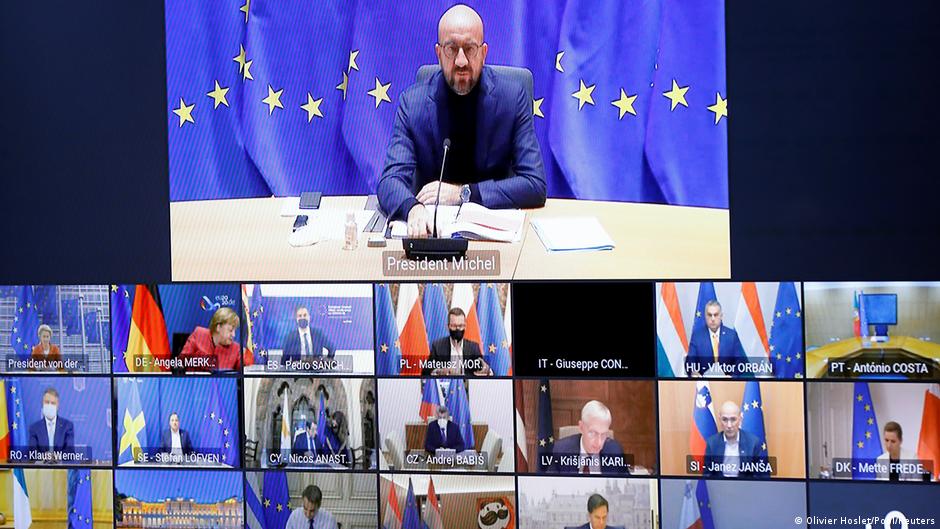 EU defense ministers and the bloc’s foreign policy chief Josep Borrell were surprised during an allegedly confidential video conference on Friday when a journalist from Dutch channel RTL Nieuws gained access to the news. ‘call.

Journalist Daniel Verlaan used information from a Twitter message from Dutch Defense Minister Ank Bijleveld. The minister posted a photo of herself working from home while attending the conference. The message includes a photo of the Minister’s laptop screen with her EU counterparts visible. Another image, which has since been deleted, showed five digits of a six-digit pin needed to access the call.

A Twitter user reported the information to RTL Nieuws, urging Verlaan to try to hack the meeting. In his own post on Twitter, Verlaan said the code could be guessed “with just a few tries”.

What did Borrell tell the reporter?

Video posted by the broadcaster shows Josep Borrell of the EU asking “Who are you?” and noting that the call was “intercepted”.

“Now I have to stop because we are working in a public square,” Borrell continued before addressing the reporter again.

“Hi, I’m fine, how are you?” Replied the reporter.

Borrell then asked if the reporter was aware that he was “hopping into a secret conference”, as laughter could be heard in the background.

“Yes, I’m sorry, I am a journalist in the Netherlands,” replied Verlaan. “I’m sorry I interrupted your lecture. I’ll be leaving here.”

Borrell then declared the violation a criminal offense, “Then you better shut up quickly,” as the reporter responds with a “Yes. Goodbye, goodbye.”

It was not immediately clear whether Verlaan would face any legal consequences.

What was the official reaction?

Dutch Prime Minister Mark Rutte has since responded to the security blunder by throwing a blow at his defense minister.

“This shows once again that ministers need to realize how careful you have to be with Twitter,” Rutte said in The Hague.

An official from the Dutch Ministry of Defense called the incident a “stupid mistake”.

Separately, an EU diplomatic source told TBEN news agency that the meeting was interrupted immediately after the journalist was granted access.

“There might have been some laughter, but the incident is considered very serious,” the official said.