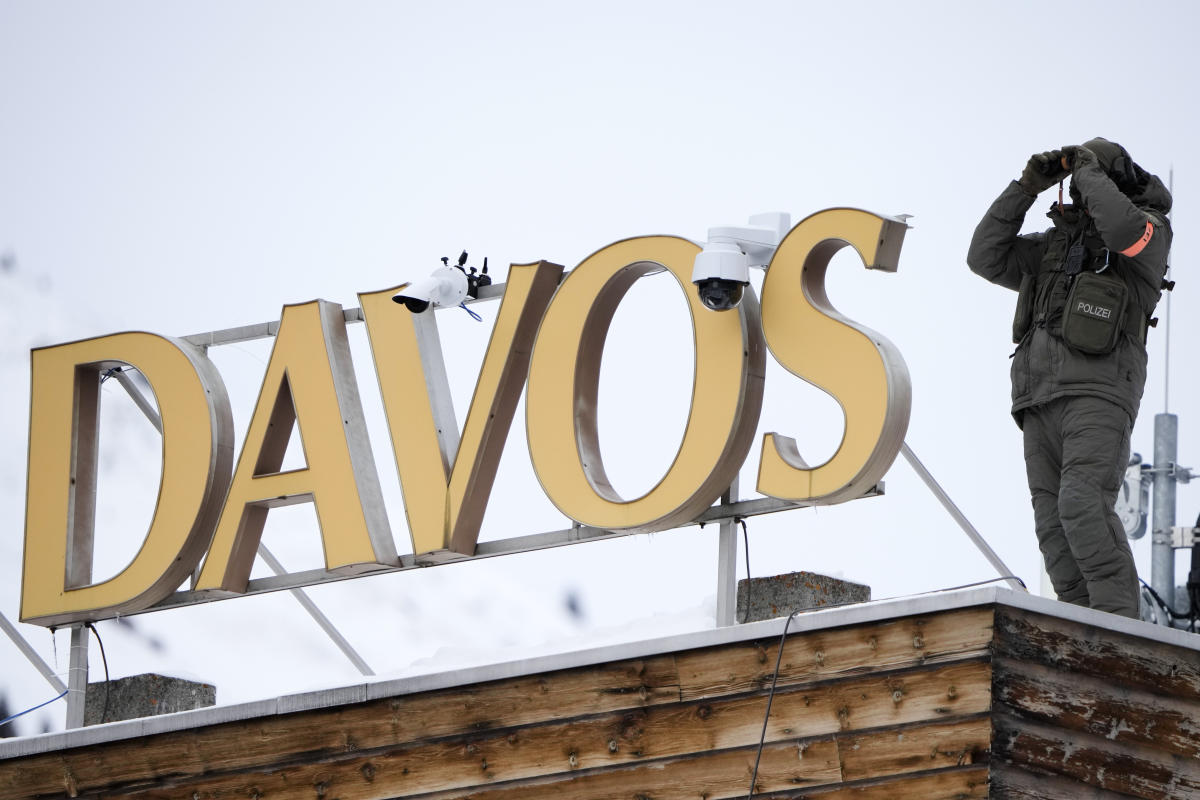 DAVOS, Switzerland (TBEN) — The World Economic Forum is back with its first winter meeting since 2020 in the Swiss Alpine town of Davos, as leaders try to bridge political divisions in a polarized world, support a faltering economy and raise concerns about climate change – among many others things.

Sessions cover issues as diverse as the future of fertilizers, the role of sport in society, the state of the COVID-19 pandemic and much more. Nearly 600 CEOs and more than 50 heads of state and government are expected, but it’s never clear how much concrete action will emerge from the elite event.

Here’s what you can watch as the four-day talkfest and associated deals get underway in earnest on Tuesday:

Back in the snow for the first time since the pandemic and just eight months after a spring 2022 session, the event will play host to such notables as European Union President Ursula von der Leyen, US climate envoy John Kerry and the new presidents of South Korea, Colombia and the Philippines.

Chinese Vice Premier Liu He addresses the gathering on Tuesday, a day before his first meeting with his US counterpart, Treasury Secretary Janet Yellen, in Zurich. Yellen will skip Davos.

Russian President Vladimir Putin, of course: envoys from his country are shunned because of his war in Ukraine.

Ukrainian first lady Olena Zelenska was on her way to Davos and will speak on Tuesday, while her husband, President Volodymyr Zelenskyy, will deliver a remote speech on Wednesday and other officials from Ukraine will appear on panels.

Outside the main convention center, a themed venue known as Ukraine House is hosting a concert, photo exhibits, seminars, cocktail events and other gatherings this week to rally support for Ukraine’s efforts to expel Russian troops.

The slowdown in the global economy will be a major theme in Davos, with officials ranging from International Monetary Fund Director Kristalina Georgieva and European Central Bank President Christine Lagarde speaking in sessions.

Inflation soared as the world reopened after the pandemic and Russia invaded Ukraine, driving up food and energy prices, and while it’s starting to slow down in major economies like the US and those in Europe, inflation is still painfully high.

Georgieva said in an IMF blog post Monday that divisions between nations — the theme at Davos this year is “Cooperation in a Fragmented World” — is endangering the global economy by leaving “everyone poorer and less secure.”

ALSO READ  Nepal plane crash kills 68: A look at the worst air disasters in the past 5 years

PRIORITY TO THE CLIMATE

An important climate theme emerging from the forum’s panel sessions is the energy transition from fossil fuels to clean energy. Former US Vice President Al Gore will speak on decarbonization, efforts to build clean energy infrastructure and ensure a just transition.

It follows a strong year for the energy transition with many countries introducing renewable energy incentives in 2022.

A much-discussed topic on the agenda — harnessing nuclear fusion — focuses on science that has enormous potential but is many decades away from a commercial rollout that could fuel the world’s skyrocketing energy hunger.

Sessions on topics such as climate change adaptation and panels on deforestation, biodiversity and the future of environmental protection will give the meeting a greener hue.

The elite gathering is regularly peppered with critics who argue that those in attendance are too aloof or too profit- or power-oriented to meet the needs of ordinary people and the planet.

Throughout the week, critics and activists will wait outside the Davos conference center to try and hold decision makers and business leaders accountable.

It began on Sunday, when dozens of climate activists – some in clown makeup – braved the snow to wave banners and chant slogans at the end of Davos Promenade, a thoroughfare now dotted with store logos of major companies such as Accenture, Microsoft, Salesforce, Meta, as well as country houses that represent national interests.

Greenpeace International also denounced the use of corporate jets transporting bigwigs, saying such carbon-spewing transports smacked of hypocrisy for an event that praised their commitment to a greener world. It said more than 1,000 private jets arrived and departed from airports serving Davos in May.

Forum chairman Borge Brende acknowledged on Sunday that some government leaders and CEOs are flying in that direction.

“I think it’s more important to make sure we have agreements on how, in general, we push and push the boundaries when it comes to the green agenda,” he said.

The Bharat Express News writers Courtney Bonnell and Dana Beltaji contributed to this report from London.