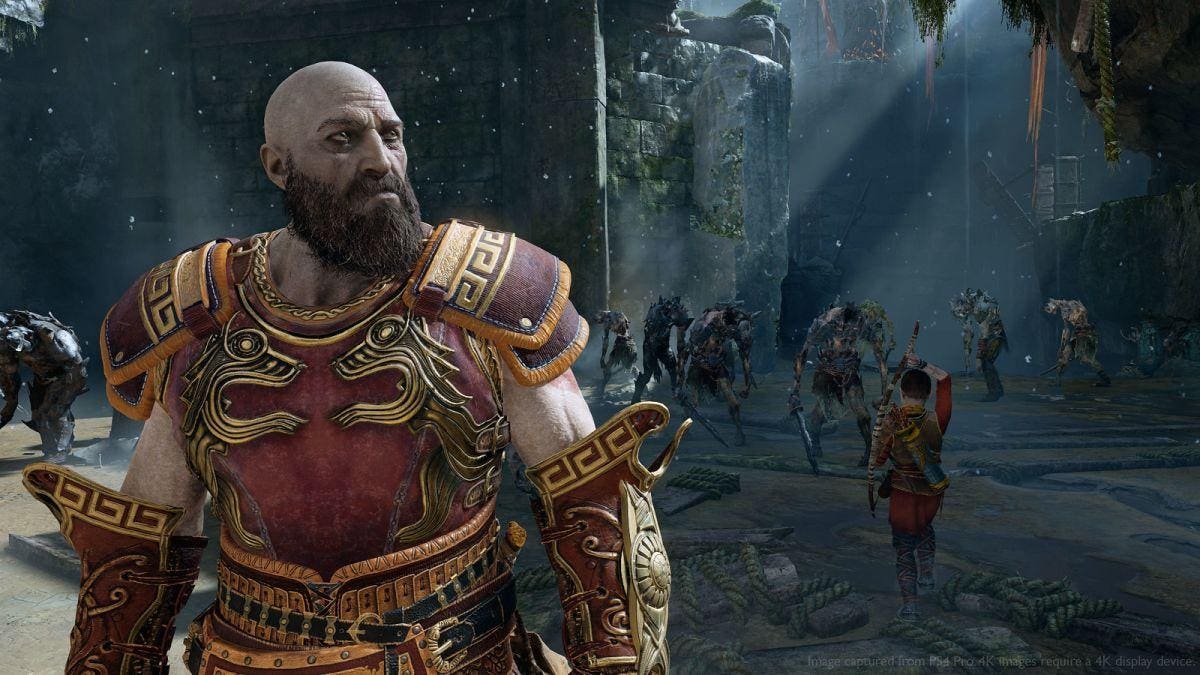 Now that the Norse saga of God of War has ended with Ragnarok, there’s speculation as to which realm Kratos will dive into next. There are many obvious choices for a new pantheon of gods to explore, with ancient Egypt being the most common, though some put forward the idea of ​​a Mayan game or exploring ancient Chinese gods.

Forget that. I want something bold and daring. I want Kratos and God of War to dive into Christianity.

Once it became clear that Kratos had killed every Greek god and was on his way to Norse mythology to do the same, it became a meme that one day we’d have Kratos fighting Jesus Christ himself as he blasts his way through every possible deity.

But even if that’s a meme, that’s what I’m proposing here not a joke, and I don’t think it’s totally impossible, based on how the series has transformed. I honestly think it would be a much, much more interesting concept for a game to explore Christianity as the next “pantheon,” which isn’t as wild an idea as you might think.

Christianity has only three gods, which are really one God, the Father, the Son and the Holy Spirit, all of which exist as parts of the Trinity. And yet the Bible is full of countless other entities, Lucifer/Satan of course, but archangels and demons, saints and monstrous kings, apocalyptic horsemen and sea dragons, that you might see integrated into a story about Kratos making his way through the heavens and hell.

What has become clear in this Norse saga is that Kratos is no longer necessarily the god-killer he once was. (Spoilers follow for Ragnarok’s ending), he reluctantly kills Heimdall because he absolutely has to, and while fighting Thor and Odin, he doesn’t kill them (Odin kills Thor, Sindri kills Odin), and has learned to make peace with past godly enemies (Freya) in instead of killing them to prevent them from killing him first. As such, a game involving the Christian god wouldn’t necessarily be need a brawl with Jesus H. Christ himself. It can be much more nuanced than that.

Christian “mythology” has already been the focus of many games. The Diablo series has used angels and demons for centuries, even though God and Jesus are nowhere to be found. Dante’s Inferno was essentially a God of War clone that used the seven circles of hell as inspiration for enemy encounters. So yes, there would probably be a way Kratos could exist in the Christian sphere without dealing directly with the Holy Trinity, but it’s such a complex scenario I hope they don’t shy away from that .

Would they ever do this? It seems very, very unlikely that they would dive into a religion with a billion or two practitioners around the world, even if they don’t do anything specifically blasphemous. But I think it would be a much more interesting challenge to take on a modern religion that still exists instead of all those old religions, even if it seems very likely that five years from now we will see a showdown between Kratos and Osiris to get. or whatever it will be.

I think there’s a way to do this without it being an actual attack on Christianity, but rather exploring its themes (hell, Kratos trying to find forgiveness for his past is a major theme of the entire series). There are enough savage angels and demons in the Bible and adjacent texts to create fantastic scenarios for Kratos to battle through while addressing bigger questions about the series and the character at its core. It’s not impossible to imagine something like this working, even if it’s impossible to imagine it being green-lit in the first place.

Everything new in ‘Fortnite’ Chapter 4 Season 1