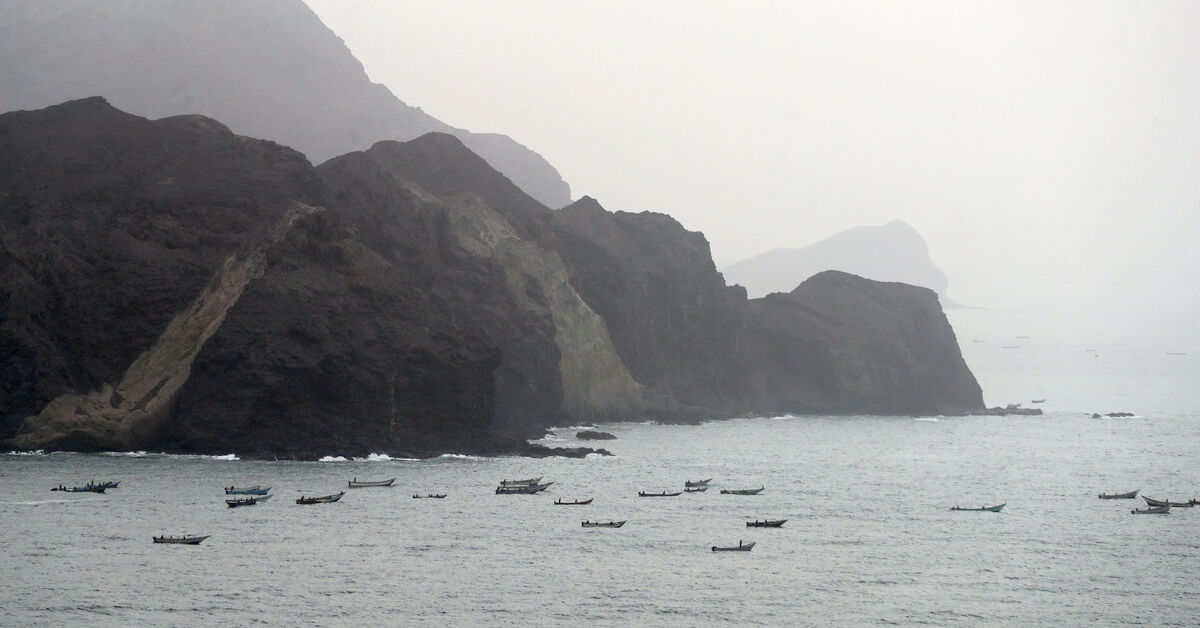 Egypt will take charge of a new multinational task force patrolling the waters of the Red Sea and Gulf of Aden in November, the Pentagon confirmed on Monday.

The head of all US forces in the Middle East, General Michael “Erik” Kurilla, met with top Egyptian military officials in Cairo and praised their plans to take the helm of the new Combined Task Force 153.

“I greatly appreciate Egypt’s leading role in the region,” Kurilla said in a statement after the meeting.

“Egypt has long played a vital role in stability throughout the region and CENTCOM is committed to this strategic partnership,” Kurilla said.

Why it matters: Task Force 153 was established in April by the US Navy’s Fifth Fleet to fight smuggling and other illegal activities in the Red Sea, the Bab al-Mandab and waters off Yemen.

It is the fourth such grouping under the US-led Combined Maritime Forces (CMF), a multinational maritime security cooperative first established by the United States to patrol Middle Eastern waters in the wake of the attacks. from Sept 11.

Rear Admiral Bradly Cooper, the commander of the US Navy in the Middle East, told reporters earlier this year that the creation of TF-153 will allow the CMF to patrol the region’s waterways more efficiently. Fifth Fleet also aims to fill coverage gaps with an expected fleet of up to 100 unmanned maritime drones by next summer.

Cooper declined to say at the time whether TF-153 would be aimed at challenging Iran-sponsored activities in the area, but the task force’s specific geographic focus does suggest this.

The Gulf of Aden has been a major transit route for unmarked boats smuggling missiles and small arms from Iran’s Islamic Revolutionary Guard Corps to the Houthi rebels in Yemen.

Iranian drone and missile technology has been used in repeated Houthi attacks on Saudi Arabia in recent years, as well as in at least two known drone attacks on the United Arab Emirates. US envoy to Yemen, Tim Lenderking, told Arab News in an interview today that Iran has encouraged Houthis to carry out such attacks.

Yemeni rebels have also launched exploding remote-controlled boats against Saudi targets in the Red Sea. The US and its allies have accused Iran of being behind a spate of attacks on commercial ships in the region since the US withdrew from the 2015 nuclear deal with Tehran in 2015.

Israeli Defense Chief Benny Gantz warned at a July forum in Athens that the Iranian navy was strengthening its presence in the Red Sea. An Israeli submarine reportedly crossed the Suez Canal with Egyptian assistance in December 2020 in a display of violence against Iran.

Egypt joined the Combined Maritime Forces for the first time last year, becoming the 34th member of the collective. The move received high praise from the leadership of the U.S. Fifth Fleet, based in Bahrain.

What’s next: An attempt is underway in Congress to force the Biden administration to withhold $300 million in this year’s annual military aid package to Cairo over the widespread human rights violations committed by the Abdel Fatah al-Sisi administration, including mock trials and extrajudicial killings of civilians. .

US Senator Chris Murphy took to the Senate floor Monday to urge Biden to deliver on his promises of a human rights-based foreign policy this time around. No more blank checks for Trump’s ‘favorite dictator’, Biden tweeted on the campaign trail in July 2020, alluding to an apparent affection his predecessor had expressed about Sisi a year earlier.

Since taking command of CENTCOM in April, Kurilla has advocated strong US support for the Egyptian military, including the completion of years-long plans to sell Cairo F-15 fighter jets.

During his stop in Cairo this week, Kurilla pledged “to work with elements of the US government to expedite bureaucratic and cumbersome foreign military sales. [FMS] process with partners in the Middle East.”

Kurilla’s predecessor, retired General Kenneth “Frank” McKenzie, called the F-15 sale approval process “a long, hard slog” in a hearing with lawmakers last year, but Cairo is believed to have abandoned its plans to buy Russia’s Su-35. expunged fighters in accordance with its agreement with Washington.