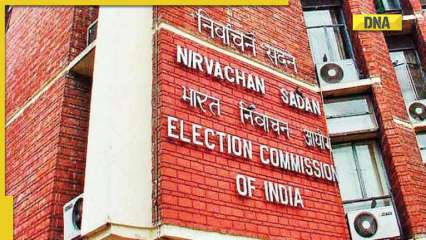 “Continuing the earlier action launched on 25 May 2022 to enforce compliance by Registered Unrecognized Political Parties (RUPPs), the Election Commission of India led by Chief Election Commissioner Rajiv Kumar and Election Commissioner Anup Chandra Pandey today announced 86 further delisted non-existent RUPPs and declared additional 253 as inactive RUPPs,” the press release said. In accordance with the legal requirements under Section 29A of the RP Act, any political party must promptly notify the Commission of any change in its name, headquarters, office holders, address and PAN.

Eighty-six RUPPs were found not to exist either after a physical verification performed by the respective Chief Electoral Officers of the concerned States/UTs or based on the report of undelivered letters/messages from the Postal Authority sent to the registered address of the concerned RUPP. . Significantly, earlier this year, the ECI had scrapped 87 RUPPs in May and 111 RUPPs in June.

This decision against 253 non-compliant RUPPs was made on the basis of reports received from Chief Electoral Officers of seven states namely Bihar, Delhi, Karnataka, Maharashtra, Tamil Nadu, Telangana and Uttar Pradesh. These 253 RUPPs have been declared inactive because they have not responded to the letter/message delivered to them and have not participated in a single election to a state’s General Assembly or the 2014 and 2019 parliamentary elections.

Since 2015, these RUPPs have failed to meet regulatory requirements for more than 16 compliance steps and are in default. It is also noted that of the above 253 parties, 66 RUPPs actually applied for a common symbol under paragraph 10B of the Symbol’s Order 1968 and did not participate in the respective elections. It is pertinent to note that the privilege of a common symbol is given to RUPP on the basis of a commitment to field at least 5 percent of the total number of candidates with regard to the election of a state’s legislative assembly.

It cannot be excluded that such parties occupy the available political space for the elections by using permitted rights without contesting the elections. This also tends to crowd out the political parties that actually participate in the election and also creates confusing situations for voters, the statement said.

The Commission noted that the primary purpose of the registration of political parties is contained in Article 29A, which lists the privileges and benefits accruing to an association once it has been registered as a political party, and all these benefits and privileges are directly related to the said participation in the electoral processes.

Accordingly, the 13(ii)(e) Political Party Registration Guidelines issued by the Commission on the Condition of Registration read as follows: Declares that a party must contest an election held by the Election Commission within five years of its registration and then have to keep fighting. (If the party does not participate in elections continuously for six years, the party is removed from the list of registered parties).

The Commission is aware that observance of the birth conditions, which are a combination of mandatory and self-recognized provisions, are a sine qua non for maintaining financial discipline, decency, public accountability and transparency. The compliances act as the building blocks of a transparency mechanism to inform voters about the issues of the political parties needed to make informed choices.

In the absence of required compliances, the electorate and the electoral commission are taken by surprise. Furthermore, all of these regulatory requirements mentioned have a direct impact on the Commission’s constitutional mandate to hold free, fair and transparent elections.

In view of the foregoing, immediate corrective measures are justified in the greater public interest and also for the purity of electoral democracy. Therefore, in implementing its mandate to ensure a just, free, fair and transparent electoral process, the Commission hereby mandates that the 86 non-existent RUPPs be removed from the list of RUPP registers and hold themselves liable for non-existent RUPPs. existing RUPPs. entitlement to benefits under the Symbols Order, 1968. 253 RUPPs are marked as “inactive RUPPs” on the Register of RUPPs maintained by the commission under section 29A of the Representation of People Act, 1951, the statement said.

These 253 RUPPs are not eligible for any benefit under the Electoral Symbols (Reservation and Assignment) Order, 1968. Any party affected thereby may approach the appropriate Chief Electoral Officer/Election Commission within 30 days of the issuance of this designation. the ECI.

Out of these 253 RUPPS, 66 RUPPs who sought a common symbol under subsection 10B in different elections, but did not field candidates for the respective general election, in addition to (point iii above) must further explain why further action as required in “paragraph 10b of the Symbols Order making them liable for punitive measures which the Commission deems appropriate” shall not be taken.