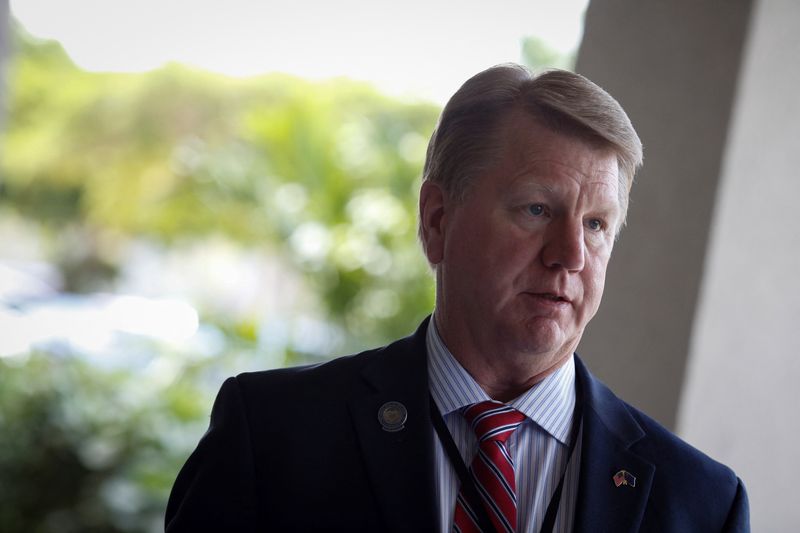 (Reuters) – Jim Marchant, a former Nevada state legislator who opposed the certification of President Joe Biden’s 2020 election victory in the state, was defeated in his race to become Nevada’s secretary of state, Edison Research predicted Saturday. .

In Nevada, the Secretary of State does not have the power to certify election results, but can set and enforce election rules.

Nevada is a swing state that could play an important role in determining the outcome of the 2024 presidential election. Former President Donald Trump has hinted that he plans to run for president again.

Marchant lost a race for the US House of Representatives in 2020. He filed a lawsuit to reverse that result, claiming without evidence that he had been a victim of fraud, but his lawsuit was unsuccessful.