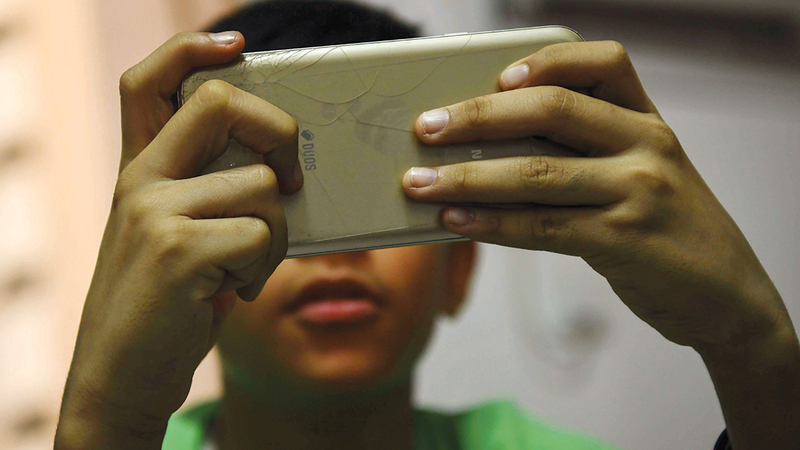 Private schools in the Northern Emirates held meetings with students and their families after the results of the first semester exams, to remedy the low levels of some students in academic subjects, and to develop individual solutions to raise the academic level before the second semester exams. School administrations confirmed that the main reason for the low level of students is their playing electronic games during lessons, and they were caught by teachers, and they did not review worksheets sent by teachers, and they did not solve daily homework and interest in searching online for any additional information regarding the curricula.

She explained that she had decided to hold meetings with students and their families, and emphasized the importance of their attendance in order to direct them to the importance of following up and monitoring their children after the end of school hours, and not to leave them a victim of electronic games of all kinds, as it was found through the monitoring and follow-up of teachers for some students in the classes that they had opened laptops. And playing electronic games with their colleagues during the lessons.

She added that families leaving their children to play for long hours and late at night during school days has a negative impact on their academic level, as some students come to the classroom half asleep and are not paying attention to the lessons and do not interact with the rest of their colleagues while explaining the lessons, because of their loss of energy as a result of staying up for hours. Long in front of electronic games, especially “Fort Knight” and “PlayStation”.

She pointed out that some students deceive the teachers during the lessons by opening the “tablet” and the “laptop” device to play games, given that the teacher does not see what is behind the screen, but the sounds of games and emotions during the game exposed their matter and put them in an embarrassing situation with the teachers. .

And the schools continued that they had taken measures to prevent students from entering any electronic game during lessons, in the classroom, or during rest time by blocking gaming sites, and constantly changing the school’s Internet passwords.

Private schools stated that individual plans were drawn up for each student whose academic level deteriorated during the first semester by following up on his answers in worksheets, handing in homework on time, reading stories sent to them via the electronic system by teachers and solving related questions, in addition to Participating in the classroom and answering the teachers’ questions, and at home, their parents were instructed to set specific hours for using mobile phones and smart devices, leaving games during school days, monitoring and following up on their children on a daily basis, and urging them to sleep early so that the student can focus on lessons.

ALSO READ  Sharjah Municipality deals according to a proactive plan

She added that, before the start of the second semester exams, she will assess the level of these students, the extent of their response to the individual plans that she has developed, and the extent of their concentration in the classroom so that they can obtain higher scores in the second semester exams, and pointed out that she will conduct evening tutoring classes during the coming weeks Through the Internet, to raise the level of students in the subjects in which they obtained the lowest marks in order to raise their level and improve their performance.

• Private schools have taken several measures to raise the level of their students.