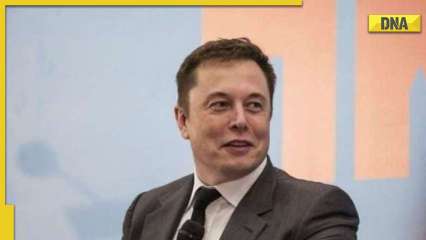 Elon Musk’s technical relations with other countries should be looked at, US President Joe Biden said on Wednesday, days after the Tesla founder called on the masses to vote for Republican candidates in the midterm elections. Biden is a Democrat.

Biden told reporters that Musk’s partnerships with other countries are “worth watching.”

However, he clarified that he was not suggesting that Musk had done anything wrong.

“Whether he does something inappropriate or not, I’m not suggesting that. I’m suggesting it’s worth looking into. That’s all I’ll say,” he said, reported PTI.

When asked how it would be done, he said, “There are many ways”

Musk bought Twitter last month after a brief battle with the company in court. He had backtracked on his $44 billion bid, claiming that the company’s leadership was not matched by the number of bot accounts.

Within days of taking over Twitter, Musk sparked controversy by firing 50 percent of the workforce without notice and introducing an $8 fee on Twitter’s blue tick.

Many celebrities have left Twitter since Musk announced the move and then defended aggressively on the social media platform.

Unfazed, he rolled out the fee in most countries.

It is not clear whether people in these countries have adopted the reimbursement model.

On Monday, Musk appealed to voters that people should vote for Republicans since the US has a Democratic presidency.

ALSO READ  Gigi Hadid Quits Twitter: It's a 'cesspool' of 'hate and bigotry'

“To independent voters: Shared power curbs the worst excesses of both parties, so I recommend voting for a Republican Congress as the presidency is democratic,” Musk tweeted Monday.

Musk had openly condemned Twitter’s move to ban Donald Trump. He even fired the legal officer in charge of the move after he took over the company.

Elon Musk, the founder of the electric car company Tesla, sources many components from China, the United States’ fiercest geopolitical and trade rival.

Syrian Kurds say they have ceased operations against IS

ABOUT US
The Bharat Express News is your daily dose of Latest News, Entertainment, Music, Fashion, Lifestyle, World, Cricket, Sports, Politics, Tech, Business News Website. We provide you with the Latest Breaking News Straight from the India & all around the World on different categories.
Contact us: thebharatexpre[email protected]
FOLLOW US
© The Bharat Express News All Right Reserved
Go to mobile version