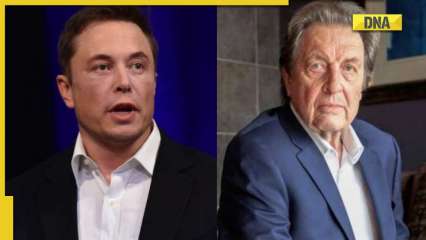 The world’s richest person Elon Musk’s father Errol Musk made headlines again on Tuesday, making some bold claims in an interview with an Australian radio station. Errol Musk opened the recent news that he has fathered a second child with his stepdaughter Jana Bezuidenhout.

The elder Musk, who is 42 years older than his stepdaughter, became her stepfather when Bezuidenhout was four years old. Errol started his relationship with Bezuidenhout and said it was “completely normal”.

Errol, a South African engineer, real estate developer and mining magnate, had recently echoed the sentiment by saying, “All we’re on Earth for is to procreate. I see no reason not to.”

This comes after Errol welcomed his second child with 35-year-old Bezuidenhout, it turned out. Their first child, a daughter, was baby Elliot Rush, nicknamed Rushi, born in 2018. Errol and Jana’s mother Heide were married for 18 years and had 2 children together.

When news of the second child broke, Elon Musk, the CEO of Tesla and SpaceX, had reportedly gone “weird”.

In the same interview, Errol also mocked his son Elon, saying he was not proud of him and claiming that the world’s richest man himself was not happy with the course of his career.

When asked if he was proud of Elon’s achievements, Errol had replied, “No. You know, we’re a family that’s been doing a lot of things for a long time, it’s not like we’re suddenly going to do something.”

READ | Errol Musk, who fathered 2 children with his stepdaughter Jana Bezuidenhout, is not proud of son Elon Musk