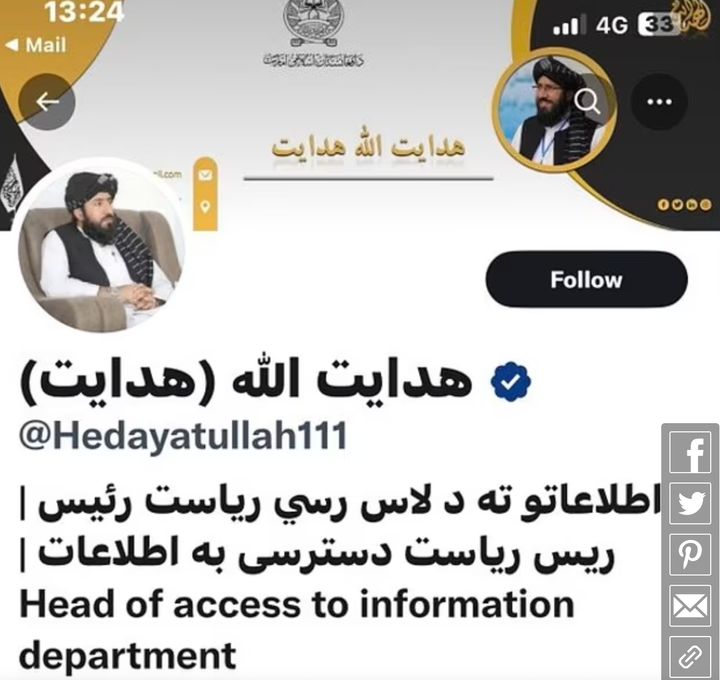 The ticks began to disappear after a story early this week from the TBEN reported that the Taliban paid for the verification as part of Musk’s new money-making scheme.

It was unclear whether the checkmarks were removed by Twitter or the Taliban due to the resulting controversy, Business Insider reported.

The ticks are supposed to verify the identities of those with Twitter profiles (although fake profiles are also falsely “verified”).

Before Musk bought Twitter for $44 billion last October, the blue checkmarks indicated “active, notable, and authentic public interest accounts” verified by Twitter, and could not be purchased.

But now subscribers to Musk’s new Twitter Blue system — which costs $8 a month — will benefit from “priority ranking in searches, mentions, and replies.” according to the social media platform.

soon subscribers with the blue checkmark will get priority searches, mentions and replies to reduce the visibility of scams, spam and bots

One such “verified” Twitter user was Hedayatullah Hedayat, the head of the Taliban’s “access to information” arm, with 187,000 followers, according to the TBEN. Earlier this week, according to The Guardian, top Taliban media official Abdul Haq Hammad, with 170,000 followers, was also “checked”.

The checkmarks have since disappeared from the profiles of both Hedayat and Haq Hammad.

Muhammad Jalal, who described himself as a Taliban official, praised Musk last Monday, saying he was “making Twitter great again.” reported the TBEN.

The Taliban took over the old Afghan government’s Twitter accounts after coming to power in August 2021, according to The Guardian.