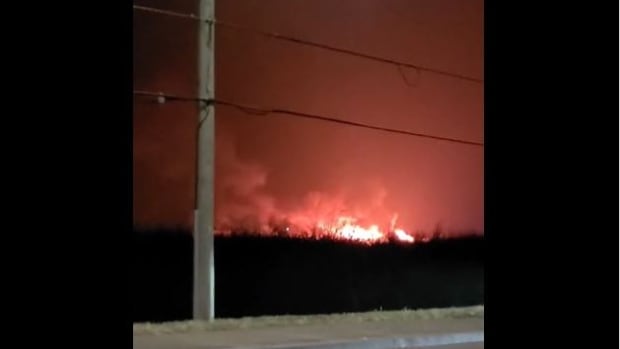 Emergency services respond to a large explosion and industrial fire in the north end of St Catharines, Ont.

Police wrote in a tweet that the explosion occurred in the area of ​​Seaway Haulage Road and Keefer Road.

“Officers [are] evacuating nearby homes and businesses,” police said in the tweet.

They said residents should “stay indoors out of the smoke.”

“Huge orange glow in the sky,” says an eyewitness

Local resident Carol Green says her husband was walking their dogs when they heard “a loud bang followed by a huge orange glow in the sky.”

Green said this was “followed by more explosions”.

“I was at home [about four kilometres away from the explosion, and] the whole house shook.”

Roads in the area are closed and police say motorists should avoid the area.

“Due to the industrial fire on Keefer Road in St. Catharines, there will be significant delays and route cancellations this morning,” NSTS said on its website.