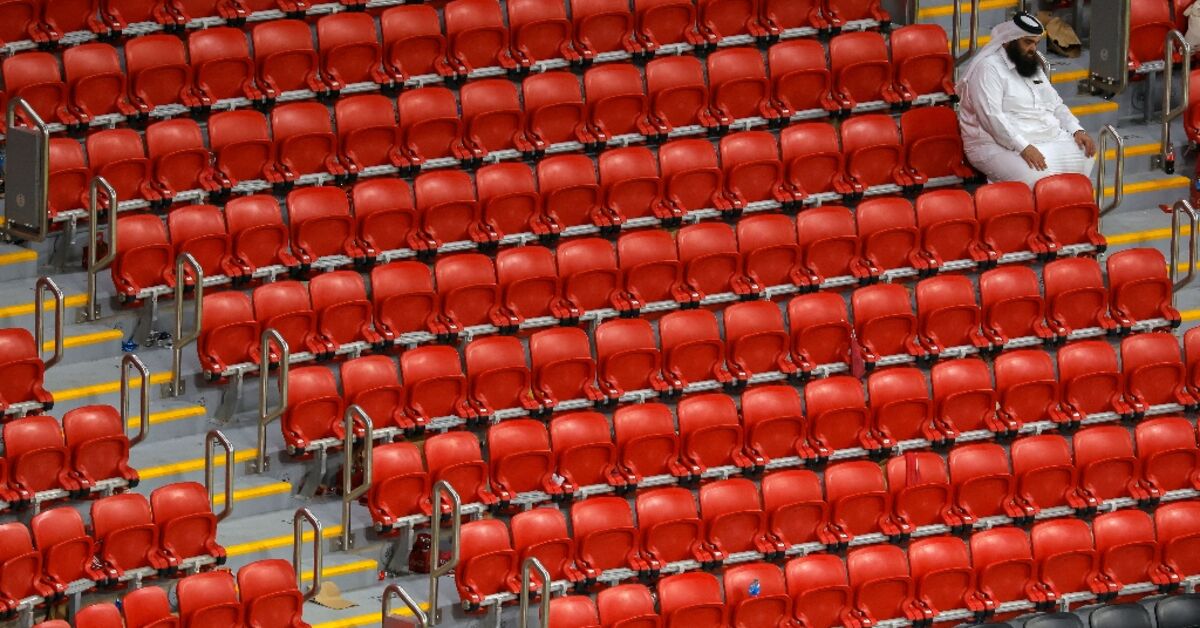 Long before the final whistle at the spectacular Bedouin tent-inspired Al Bayt Stadium, the host nation’s fans, among the 67,372 spectators, were heading for the exits.

The exodus began shortly after Ecuador striker Enner Valencia headed his second goal against the outclassed World Cup hosts shortly after the half hour mark.

As the second half progressed, empty seats could be seen all over the arena as an evening that began with joyful celebrations and intoxicating optimism ended with wails.

The gloomy final contrasted sharply with the mood in the hours before kick-off at the stadium in Al Khor, 50 kilometers (31 miles) north of Qatar’s capital, Doha.

Thousands of people arrived at the sprawling Lusail train station where the $36 billion subway line built especially for this tournament ends and spectators boarded a fleet of buses for the final leg of their journey.

The security forces seemed tense, aware that the eyes of the world are on this Gulf state, which many critics say should never have won the World Cup.

Once spectators arrived at the spectacular venue, camels and horses lined the road to the turnstiles.

Carlos Alvear, an Ecuadorian living in Ecuador, said: “It’s very special to be here. It’s the first World Cup in the Middle East, it’s historic and Ecuador is here for the opening game.

“To be honest, it’s all a bit bizarre. It’s pretty quiet, even though there are more Ecuadorians than I thought. But all those buildings look pretty empty.”

For a Qatari supporter who only mentioned his name Abdallah, it was a tense moment.

“We’ve waited 12 years for this moment,” he said. “We have every confidence in this festival…. We trust in our team. We have ambition but are realistic.”

He was confident in the victory against the South Americans and predicted that his team would finish second in their group and progress to the next round, where England could wait.

“Today we are going to win, but we will be second behind the Netherlands. Then we will win against England,” he said with a smile.

Danny, a supporter from the English city of Norwich, said he intended to “jump on the bandwagon today” and support Qatar.

His friend who goes by only his name Abdul, from Sheffield in northern England, brought a Qatari flag and wore a red top under his England shirt in case Qatar scored.

Danny spent two weeks in the shipping container accommodation set up for visiting supporters and said it was “not quite what he expected”.

Outside the opening game, thousands of Mexican and Argentinian fans thronged the Corniche boulevard in central Doha.

Leopold Fes, a 65-year-old Belgian, said he found it difficult to accept the last-minute decision to ban the sale of alcohol in stadiums in the strictly Islamic state.

“I don’t think it will be like other World Cups,” he said. “No alcohol makes it strange. Football and alcohol go together for many people.”

The security briefing: The Pentagon is trying to reason with Turkey