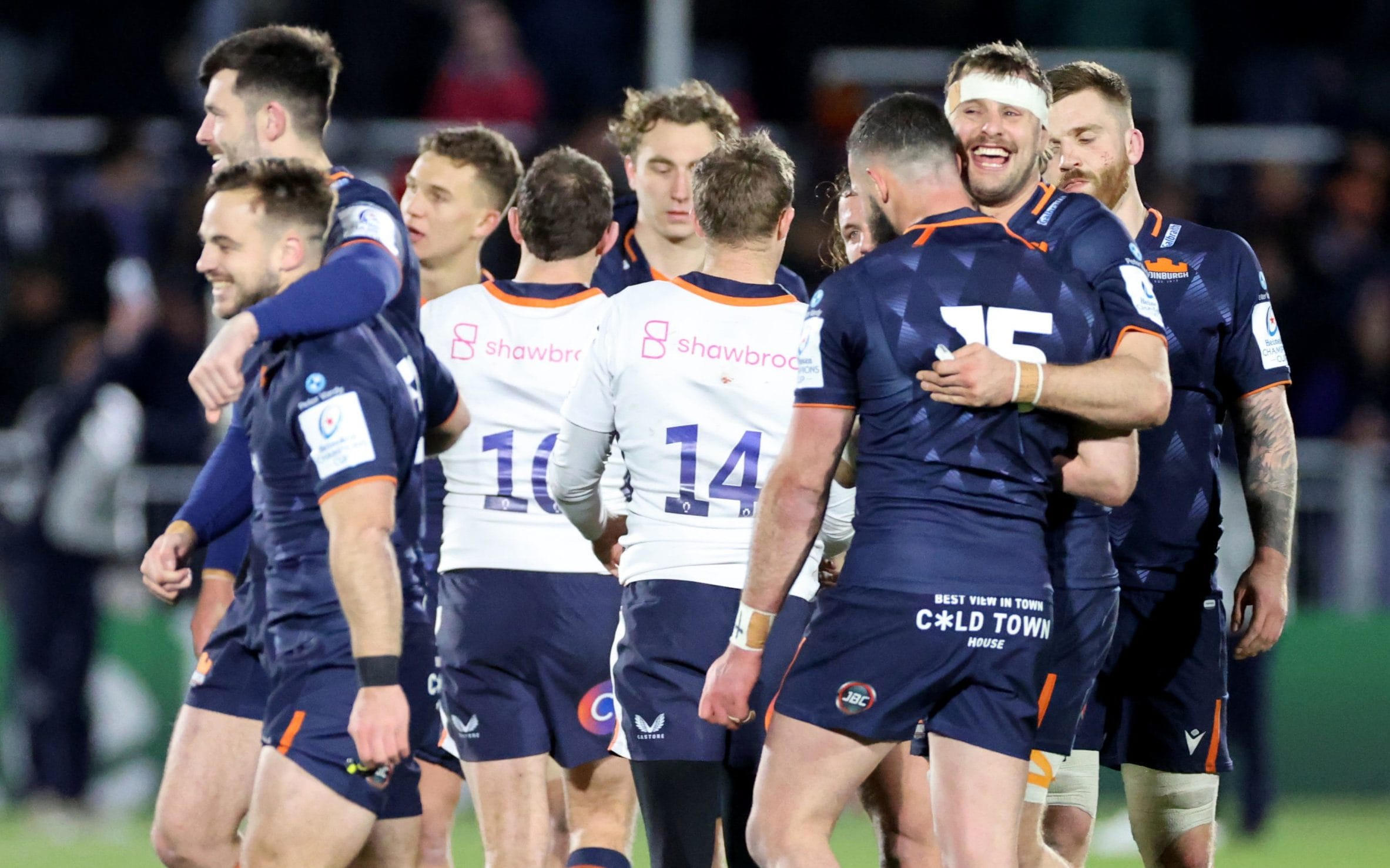 England continued to sweat over a potential front-row crisis on Sunday night with question marks over the availability of both Mako Vunipola and Jamie George with the Six Nations less than two weeks away.

George was thrown into sin for a head-on tackle on Edinburgh’s openside Luke Crosbie during Saracens’ Champions Cup defeat in the Scottish capital – their only loss of the tournament to date. The hooker, named in Steve Borthwick’s England team alongside Vunipola last week, could still be named, however, as the tackle appeared to have been in the gray area between a yellow and red card.

While Vunipola retired from warm-up with a sore foot, George had to leave for a head injury assessment after his hefty collision with Crosbie. The Edinburgh open side, wonderfully zealous for victory, sent the Saracens whore into the artificial turf with an almighty thud. George appeared to struggle to get back on his feet, but returned after his yellow card expired, having passed his HIA. However, the Saracens captain failed to emerge in the second half due to a concussion, leaving both the Saracens and TBEN match doctor with questions.

Two minutes after George’s indiscretion, Marco Riccioni was also booked for an almost identical tackle at Edinburgh Lock, Grant Gilchrist. Saracen’s tight head did not return – either his HIA failed or was prevented from doing so by TBEN match doctor. All this came just three days after the Rugby Football Union banned all tackles below waist level in community rugby from next season – to a fierce backlash from the sport’s grassroots.

Equally concerning for Borthwick, with less than two weeks until England kick off their Six Nations against Scotland at Twickenham, was how the Premiership leaders moved to bring Edinburgh into form in the miniature Calcutta Cup. Eight of Gregor Townsend’s squad were part of Mike Blair’s match squad against six from Borthwick’s England in Murrayfield’s shadow. Saracens’ losing bonus point secured a draw in their last 16 home matches – against Ospreys – while Edinburgh’s reward for a superb performance is a trip to Welford Road to take on Leicester.

Saracens might have lost by just six points, but this was a performance miles off their Premiership and European best. Fighted, muscular and thoughtful, the visitors never had a realistic chance of victory until Ben Earl’s late effort gave them undeserved hope. It was an off day for an otherwise flawless side.

This had all the makings of a match on the finer fringe of Test rugby. Did it live up to such reverence? The start certainly did, with an intensity and intent – mainly from the home side – that comes close to anything seen on show in just under two weeks.

Edinburgh took an early lead, hooker Dave Cherry’s train of thought after cannonballs from Viliame Mata and Jamie Ritchie. Pierre Schoeman – much to the delight of the selling-out audience – also did his best to rage. At times, Alex Goode and Nick Tompkins in the Saracens midfield just couldn’t handle the heat.

After Cherry’s dot-down from close range, Blair Kinghorn extended the hosts’ lead with Ben Earl – otherwise excellent in some better news for Borthwick – penalized for not rolling away.

With Saracens wasted to 13, Edinburgh squandered two blatant chances to firmly hammer their advantage. First, Ritchie crossed the line after being shot by Tompkins, before a turnover from a Christian judge saved Saracens. Goode kept the visitors in touch with three penalties – two from the scrum and one Earl turnover – before Kinghorn added another for Edinburgh and Tompkins failed to roll away.

Maro Itoje became the third Saracen to be sidelined for 10 minutes – sin wasted for an intentional knock-on – and Edinburgh learned their lessons for the first half. No chance was wasted and Schoeman beautifully conducted an Edinburgh maul to score and provide daylight for the hosts.

Ludovic Cayre hadn’t quite settled his temper with his yellow card. The French referee sent Sam Skinner to the sin bin for collapsing a promising Saracen maul, and moments later Earl fired down the touchline to get the visitors’ opening try – on 75 minutes – thanks to a lavish offload from substitute Eroni Mawi . However, it would not be enough to give the Saracens – and England – a little thought.