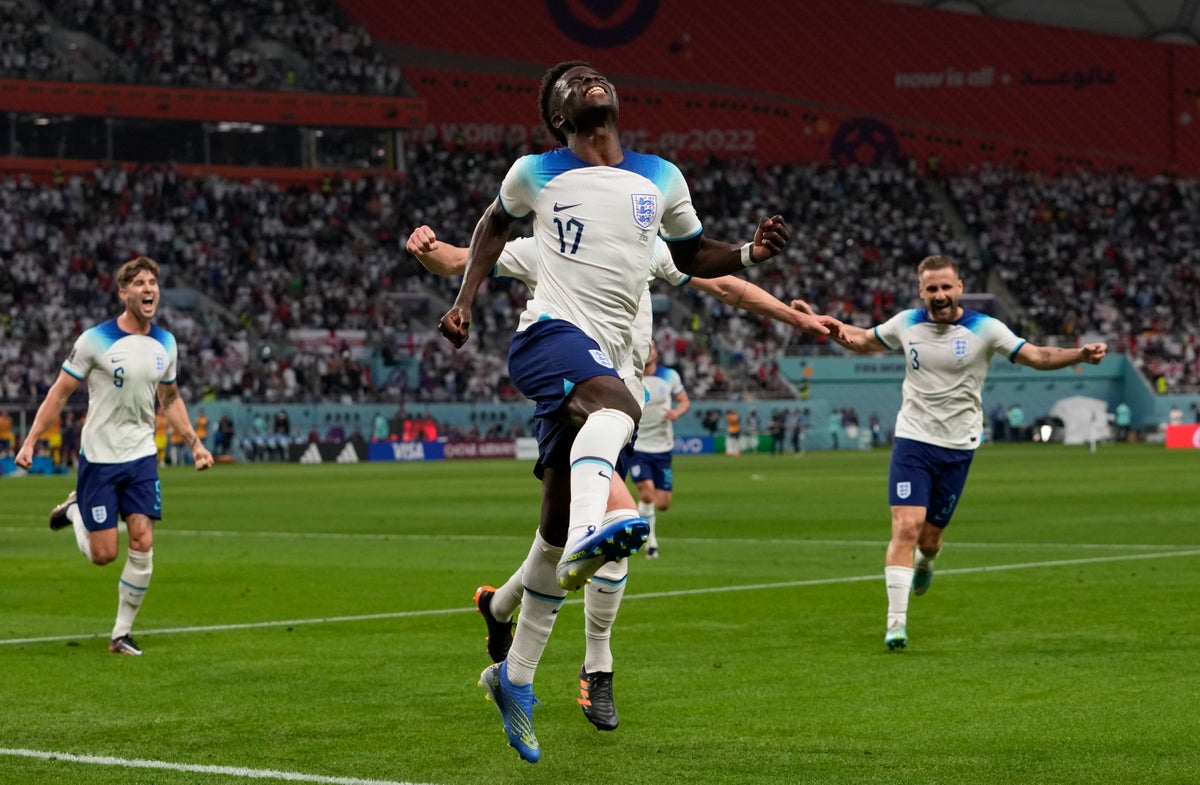 England will face the US in their second World Cup match in Qatar on Friday, seeking a place in the last 16 of the tournament.

Three points for Gareth Southgate’s side then offer a chance to rotate in the final game against Wales.

A nice performance and an emphatic 6-2 victory in the opener against Iran means that the Three Lions have confidence here.

And the Stars and Stripes will hope to improve after fading late against Wales to give up a lead and settle for a 1-1 draw.

When is England vs USA?

The match in Group B starts on Friday, November 25 at 7 p.m. at Al-Bayt Stadium in Al Khor.

What TV channel is it on and how can I watch online?

ITV 1 starts at 6.05 pm immediately after the broadcast of the Netherlands against Ecuador

It will be broadcast for free and you can also stream it live for free on the ITV Hub and the ITVX app.

Harry Kane has come through a minor injury following a blow to his right ankle in the game against Iran and will be fit to start.

Kyle Walker wasn’t fit enough to play the opener due to his groin problem, but he’s back in contention here. Doubt remains over James Maddison, with Leicester missing training due to a knee injury.

Midfielder Yunus Musah was injured against Wales with a toe injury. Weston McKennie is struggling with a groin problem. Should neither be fit enough to start, Cristian Roldan could strengthen the midfield.

Sergino Dest was a doubter for the Wales game and then left the game, which could put his place in question here as well.

Gregg Berhalter will rethink Gio Reyna from the start, after holding him off in the opener due to fitness issues.

ALSO READ  Grinning Biden: 'It's going to be fun to watch 'Trump and DeSantis go head to head'

England are flying after their defeat of Iran in the opener and the United States, although lively against Wales, crumbled in the second half. The Southgate side will have too much here and take the game to the six points. England 2-1 United States.