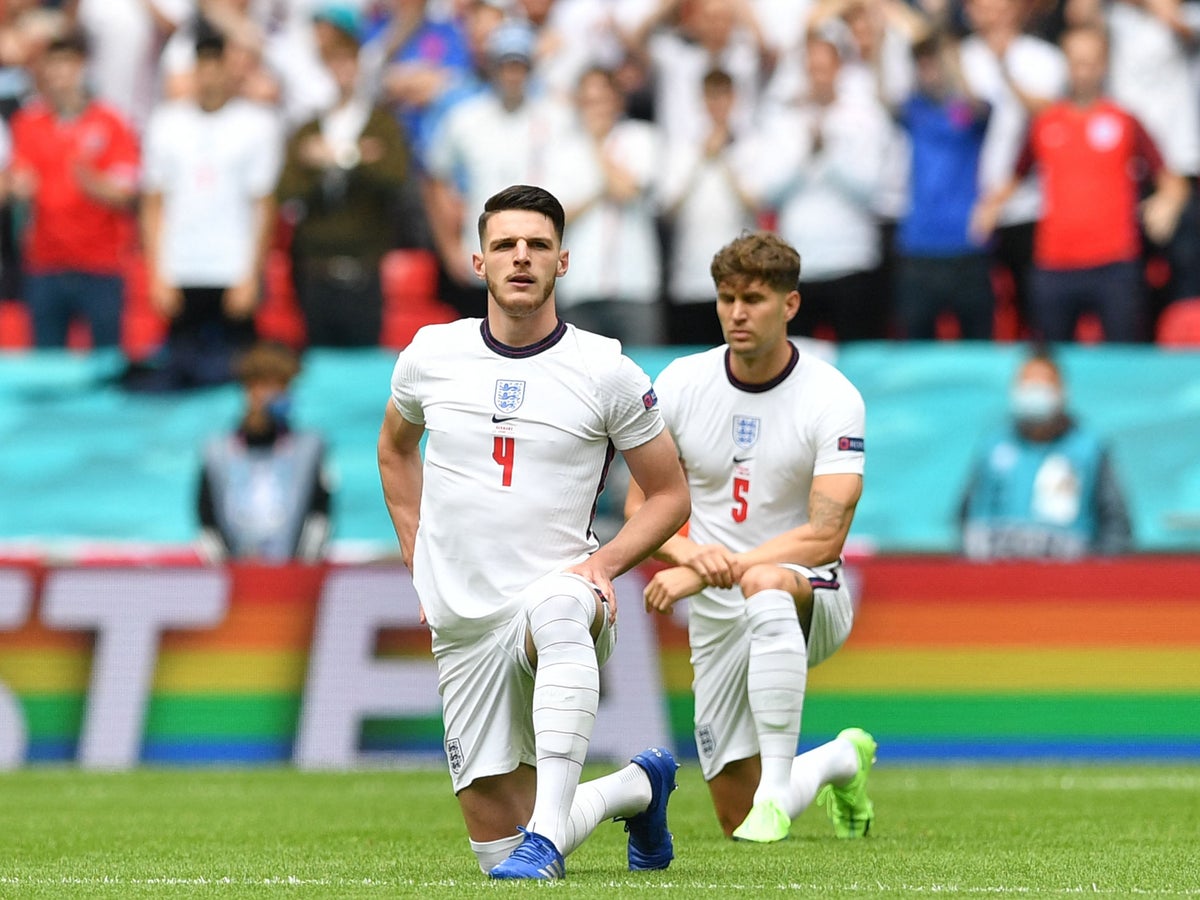 England manager Gareth Southgate has said his team will be on their knees ahead of Monday’s opening World Cup match against Iran.

Premier League footballers first performed the anti-racism gesture in 2020, and England did the same in subsequent international matches.

And Southgate has confirmed that the Three Lions will continue to do so at the Qatar World Cup, starting with their Group B match against Iran on Monday (Nov. 21).

ALSO READ  When is the Georgia Senate finalization and what is at stake?

“We’ve talked about taking the knee and we think we should,” the former England midfielder, 52, said at a press conference on Sunday (Nov. 20).

“It’s what we stand for as a team, and we’ve been doing that for a long time.

“We believe it is a strong statement that will go around the world, especially for young people to see that inclusion is very important.”

Kane and Gareth Bale from Wales are among seven captains who will wear the OneLove bracelet, along with skippers from Belgium, Denmark, the Netherlands, Germany and Switzerland. The campaign aims to highlight discrimination against the LGBTQ+ community in Qatar and concerns about the well-being of migrant workers.

ALSO READ  Drivers can be fined £1,000 for letting an ambulance pass - here's how to avoid it

FIFA launched their own bracelet campaign on Saturday (Nov. 19), in collaboration with United Nations agencies, with different messages for each round. Messages include “#SaveThePlanet”, “#NoDiscrimination” and “#FootballUnitesTheWorld”, which will be worn during the first round of group matches.

“We respect FIFA’s request, but we are committed to wearing our OneLove bracelets throughout this World Cup,” said an FA source.

Mark Bullingham, the FA’s chief executive, has previously said England are prepared to risk being fined by world football’s governing body. It is unclear whether FIFA will follow through with their threats.