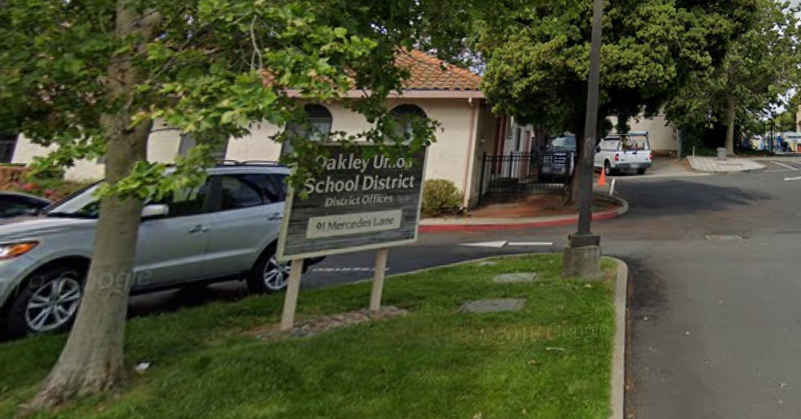 That’s what a member of the board of trustees responsible for elementary and middle schools in Oakley, Calif., Said on Wednesday afternoon when she realized that her online conversation with other members had been released to the public.

Members had spent two minutes mocking the parents, suggesting they wanted teachers to go back to school so they could have “their babysitters” and start smoking marijuana again.

All the while, parents who logged in for the regular bi-monthly council meeting had been listening. The response to board members’ comments has been swift and furious – another reminder of the rage and angst many parents feel as school closures extend into the spring.

Thousands of people have signed an online petition calling for the resignation of the four board members, who were heard laughing and mocking parents. Oakley Mayor Sue Higgins said while she has no jurisdiction over the Oakley Union Elementary School District, she called on council members to step down, according to the local East County news site. Today.

Three members, Kim Beede, Richie Masadas and Erica Ippolito, said in a statement that they “deeply regret the comments” and are stepping down to “facilitate the healing process”.

“As administrators, we realize that it is our responsibility to model the conduct that we expect from our students and staff, and it is our duty to build trust in district leaders,” said they stated in the statement, which was included in a letter from Mr. Hetrick announcing the resignations.

“Our comments failed you on both counts, and for that we offer our sincere apologies,” the members said.

Members did not immediately respond to messages seeking comment on Saturday. The chairman of the Contra Costa County Education Office can appoint new members until new ones are elected or appointed, in accordance with a county law that was cited in Mr Hetrick’s letter.

The district has more than 470 employees and about 5,000 students at nine elementary and middle schools in Oakley, a town of about 42,000 people 40 miles northeast of Oakland.

Students in the district have been learning remotely since last March and, like in other parts of the country, parents are eager to hear about their school’s plans to return to in-person learning. Prior to the meeting, they had submitted letters to the board asking for more transparency, expressing frustration and expressing concerns that their children were suffering as a result of distance learning.

On Wednesday, the administrators started talking to each other about the negative comments they said they had received and started making jokes.

ALSO READ  Applications from international students to US colleges are booming. Is this a Biden rebound?

Ms Beede complained about a woman who had criticized her on social media and, swearing, suggested that she would physically go after her critic.

“They want to come after us because they want their babysitters to come back,” Ms. Brizendine said.

“I totally hear that,” said Richie Masadas, who then described how his brother had a medical marijuana delivery service.

The clientele “were parents with their kids at school,” he said, as board members laughed.

Moments later, Ms Beede informed council members that they were already live in front of the audience.

“We have the meeting open to the public right now,” Ms. Beede said.

The latest on how the pandemic is reshaping education.

“Awesome,” another member said as the screen darkened and replaced with the words “training session in progress.”

As of Saturday afternoon, more than 6,600 people had signed a petition that threatened to recall directors if they did not resign.

“Parents have been listening to know if we will send our children back to school soon and if not, why,” the petition says. “There was a lack of communication from the board and this was the first communication we heard.”

ALSO READ  You are not Galileo and you are not 'guided by science': lessons from the school wars reopening

For the parents, who for months begged the council for more information on the district’s plans, the insults were “the gout that broke the camel’s back,” said Angela Palacio, who has four children, including a daughter. in first grade who struggled with distance learning.

“It blew me away,” Ms. Palacio, 42, said of the remarks. “I was like, what, are you kidding me?” It just shows the lack of respect our school board has towards parents as well as people in our community.

Ms Palacio, who had written to the board, said her husband, who works in steelmaking, had to take two months of family leave to be able to help her 7-year-old daughter navigate online work .

One person who signed the petition said it was understandable that the council felt pressured.

“But we expect professionalism and solutions to be discussed in private sessions,” the signatory said. “Not what we have witnessed.”

Mr Hetrick, who was present at the meeting but did not comment, described the incident as an “unfortunate situation”.