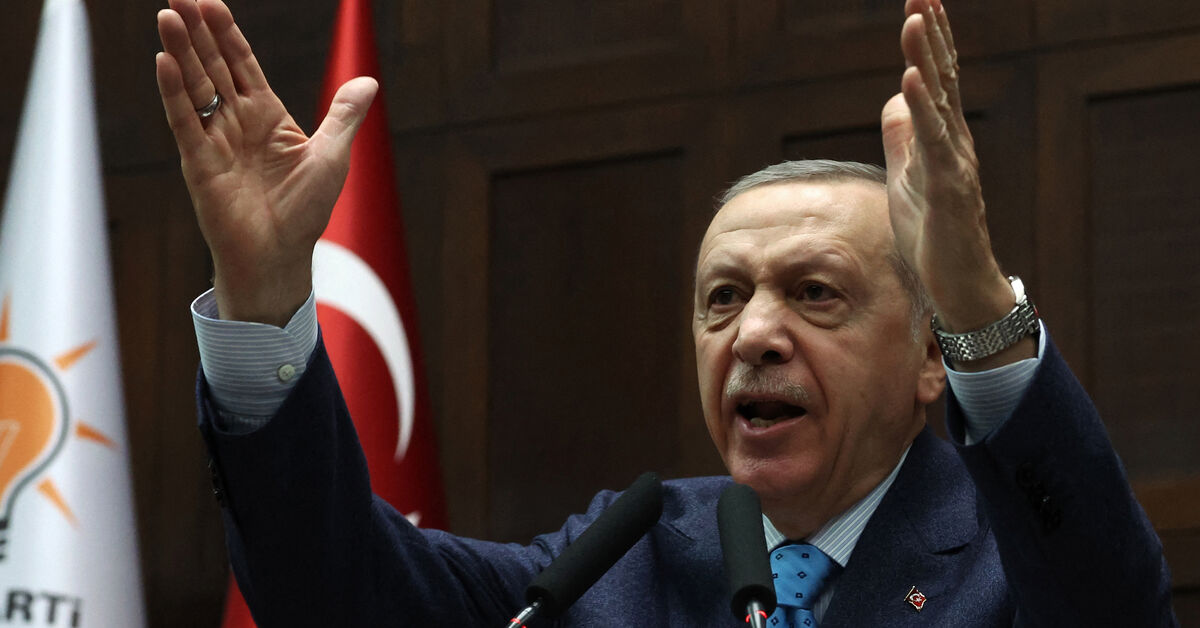 Turkish President Recep Tayyip Erdogan on Wednesday pointed to May 14 — a month earlier than he initially indicated — for Turkey’s pivotal double presidential and parliamentary elections, ending months of speculation about the timeline for rapid polls.

The polls, called “the most important election of 2023” by Bloomberg Opinion columnist Bobby Ghosh, are one of the biggest challenges facing Erdogan and his conservative Justice and Development Party (AKP) in their two decades in power. The outcome of the close race will determine whether the country moves towards a more secular and liberal course at home and a more predictable foreign policy abroad, or whether it sticks to authoritative policies, strong diplomacy and unorthodox economic policies of Erdogan. “What happens in Turkey doesn’t just stay in Turkey,” said Ziya Meral, a senior associate fellow at the Royal United Services Institute for Defense and Security Studies. “Turkey may be a middle power, but the great powers have an interest in the election.”

While the country’s double polls were formally scheduled for June 18, Ankara’s political and diplomatic circles have hedged bets on early election dates, weighing various components of the electoral equation, such as Turks’ economic woes, Erdogan’s new international spotlight, the new electoral laws and other factors that would affect voter turnout, including the Eid pause in June. Since last week, politicians – from Erdogan’s nationalist ally Devlet Bahceli to main opposition leader Kemal Kilicdaroglu – have been pointing to mid-May as the date of early elections.

Erdogan signaled the date in his parliamentary speech on Wednesday, which seemed to kick off a campaign. “On May 14, 1950, Adnan Menderes (Turkey’s first prime minister elected under a multi-party system) said ‘Enough, the people will have their say’ and came out victorious,” Erdogan told the AKP group in parliament. Turkish people will once again put the supporters of the coup in their place, 73 years after the end of the one-party era.”

Menderes’ center-right Democratic Party won a landslide defeat to the Republican People’s Party (CHP), which ruled the fledgling republic for 22 years of one-party rule. Ten years after his election, he and his top ministers were hanged for treason in modern Turkey’s first military coup. Erdogan, who often refers to Menderes as his political idol, opened a massive memorial project on the island two years ago where the putschists imprisoned and tried the leadership of the Democratic Party before executing Menderes and his economy and foreign ministers at the nearby island of Imrali.

Deposed and briefly imprisoned while mayor of Istanbul in the 1990s, Erdogan often compares himself to Menderes, reusing buzzwords and concepts used by the Democratic Party, such as bringing prosperity to the pious rural population, respecting the religious values of the land and empower people.

Although Erdogan and his allies insisted last year that the June elections would take place as planned, few believed him, as this meant that Erdogan could not run for president for a third time without a flagrant violation of the constitution. While Article 101 of the constitution says that the president cannot sit twice, another article opens the door to a third term for a sitting president if parliament decides to renew both presidential and parliamentary elections during his second term.

But the early polls are not ignoring the constitutional debate over Erdogan’s recurrence, which reignited in the media and parliament just minutes after his date was announced. However, to call rapid polls, parliament needs a three-fifths majority, that is, 360 votes in the 600-member legislature. The People’s Alliance (AKP and its smaller electoral ally Nationalist Movement Party, or MHP) has 335 seats. This means that Erdogan would have to find 25 votes among the opposition, which can be difficult as most parties would not support him. Or, more likely, he would dissolve parliament, call an election and still present himself, which is a constitutionally questionable move. Still, Erdogan and his legal team are prone to finding ways around the rules, such as claiming that his first term in office was before the 2017 constitutional amendments and did not count.

ALSO READ  Will civil war break out in Israel?

“If the government fails to pass the early polls through parliament with the support of the opposition, Erdogan cannot be a candidate,” said Erkan Bas, the president of the small but vocal Workers’ Party of Turkey (TIP). “He knows this is unconstitutional. So does his party and the Supreme Electoral Council. So as much as we’d like to sweep him to the sidelines of history at the ballot box, he can’t just ignore the constitution, set a date that he wants to and present himself for a third term.

The president presented himself months ago. He stated during a trip to his home region on the Black Sea last month that he was asking for support “one last time”. Turkey’s centenary is all about Erdogan’s persona down to the last detail. For example, earlier this year, the AKP’s unofficial 20-year anthem, ‘We Walked Those Paths Together’, a song alluding to solidarity within the AKP, was changed to a new song dedicated to a special object of affection, ‘Just Your Being Here is Enough’, written by pop star Kirac, a self-proclaimed Erdogan fan.

“The AKP has taken the use of foreign policy as domestic political fodder to unprecedented levels,” said Barcin Yinanc, a foreign policy expert. “This automatically leads to an analysis of Turkey’s foreign policy in the first half of the year through the lens of the upcoming elections.” Erdogan’s desire to mend the fences with the Syrian regime and allow the Syrians to return under temporary protection to Turkey, his tough stance on NATO’s Nordic expansion, and his continued bickering with Greece – another country in the election cycle – are all partly dictated by elections.

ALSO READ  Explainer: Turkey's Halkbank is appealing to the US Supreme Court in a case on Iran sanctions

On the economic front, which is the Achilles’ heel of Erdogan and the AKP, all the crucial decisions that put a Band-Aid on Turks suffocated by high inflation are taken by the president, not the responsible minister. In January, for example, the president announced that he had increased civil servants’ salaries twice, first by 25% and then by another 5%.

It is now up to the opposition to name the opposition’s presidential candidate. The Table of Six — a platform that unites the social-democratic Republican People’s Party (CHP) with the right-wing Iyi Party, the conservative Felicity Party and two offshoots of the AKP — has so far refrained from naming a presidential candidate. The CHP — the main opposition party with the most extensive network in all of Turkey and 134 seats in parliament — is emphatically saying its candidate is lackluster leader Kemal Kilicdaroglu, who many polls say is least likely to defeat Erdogan. But the six parties will have to decide together, some say next month.

The opposition has dodged questions about the candidate, saying they are focusing on their joint programme. They have promised a swift return to the parliamentary system, to restore the independence of the central bank and other economic agencies and the freedom of the judiciary.

Already displaced by war, Syrians search for loved ones in the earthquake rubble

Which companies are driving advances in natural language processing? Moving...