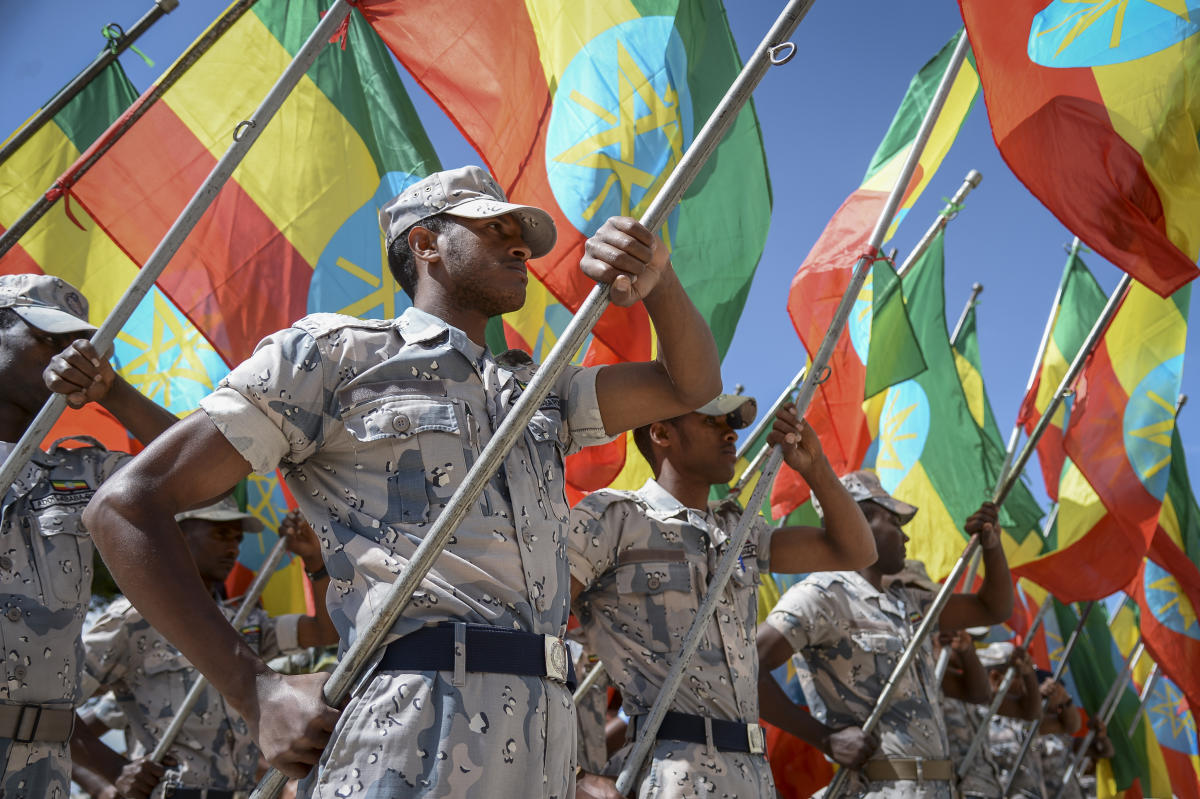 GENVE (TBEN) — A UN body dedicated to promoting wider and better internet access is about to hold its annual meeting in Ethiopia, whose government has shut down internet access in the northern region of Tigray during a two-year war there.

The Internet Governance Forum, whose annual meeting has historically attracted top leaders such as former German Chancellor Angela Merke, scheduled for November 28 through December. 2 meeting in Ethiopia well before the government of Ethiopian Prime Minister Abiy Ahmed presided over a military campaign in Tigray against regional fighters in November 2020.

Since then, fighting has hampered humanitarian access to the region as Ethiopia’s federal authorities seek to isolate Tigray’s insurgent leaders by hindering the delivery of humanitarian aid, isolating the besieged residents and shutting down banking and telecommunications services — largely leaving them behind. being incommunicado from the rest of the world.

However, the Ethiopian authorities maintain that they did not deliberately attack the Tigrayan people.

Under a widely acclaimed ceasefire agreed on Nov. 2, the government of Ethiopia will continue to restore basic communications, transportation and banking services to the more than 5 million people of Tigray, with both sides promising unfettered access for humanitarian aid.

Ethiopia’s government has said in the past that it needed security guarantees for workers deployed to repair communications infrastructure.

The government of Ahmed, who won the 2019 Nobel Peace Prize, has promoted the upcoming IGF meeting in the Ethiopian capital, Addis Ababa, as it strives to promote Ethiopia’s status as a regional economic power and African diplomatic hub.

The Geneva-based forum laments that 2.7 billion people worldwide are disconnected. It will focus at this year’s meeting on “connecting all people and guaranteeing human rights” and preventing internet fragmentation. It rejects government policies that “restrict internet use or affect the open and interoperable nature of the internet”.

Chengetai Masango, the forum’s program and technology manager, said Addis Ababa was a “prime place” to hold the annual meeting, as Ethiopia is a rapidly developing country, home to a “large youth base” and diplomatic center — with many embassies, international institutions and the headquarters of the African Union.

“Ethiopia is a UN member state and as such has the right to host UN meetings,” wrote Masango, adding: “The IGF and UN stance on closures has been consistent throughout; they are incompatible with human rights.”

Even before the Tigray conflict began, the UN human rights agency expressed concerns about internet access and communications in Ethiopia, citing a “communication failure” that began in January 2020 in areas under federal military control — namely, Western Oromia — during military operations against an armed faction there.

Fighting in the Oromia region this week has resulted in several dozen casualties, witnesses said.

The law office noted that Ethiopia is far from the only country to impose internet restrictions.

A UN report published in June noted internet shutdowns or restrictions on social media in countries including Myanmar, Sudan and Russia. It said shutdowns often took place in places where governments conduct armed operations — and some may have been intended to cover up human rights violations.

“The UN as a whole has been outspoken about the humanitarian crisis in Ethiopia, as well as the alleged violations of human rights, humanitarian law and refugee law,” Masango said.

Many Tigrayans have told The The Bharat Express News that they have been unable to contact loved ones in the region since the conflict began and do not know if they are still alive.

The #KeepItOn coalition – which unites more than 280 organizations from 105 countries to promote open internet access – says it has petitioned the African Union “to condemn the prolonged shutdown of the Ethiopian government, which has had devastating consequences for people living in conflict, and to help restore internet access in the region and throughout Ethiopia.”

Access Now, another advocacy group, has launched a campaign to highlight Tigray’s two years without the Internet. It says the Addis Ababa meeting provides an opportunity to focus on internet shutdowns and “urge governments, particularly in Africa, to end the practice.”

“Authorities have armed internet shutdowns against people inside and outside Tigray – disconnecting families, destroying businesses and hindering the delivery of humanitarian aid,” it said. “This exacerbates the humanitarian crisis and provides cover for the human rights violations.”