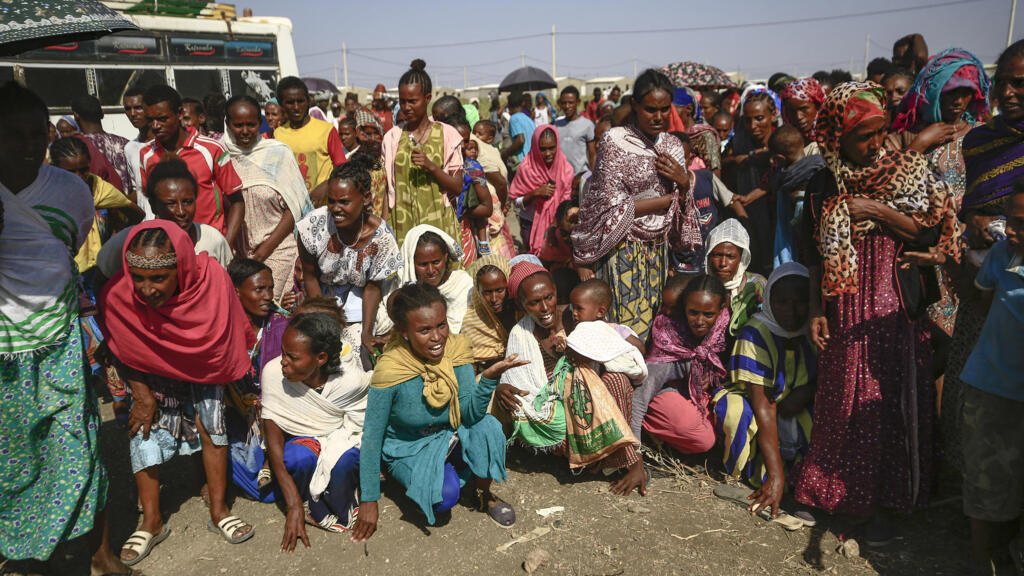 The Ethiopian government on Saturday rejected an African mediation effort, saying its troops seized another city in their march to the rebel capital of northern Tigray.

More than two weeks after the start of Prime Minister Abiy Ahmed’s offensive, the government says Tigrayan forces are destroying roads and destroying bridges to slow the advance on the regional capital Mekelle, home to around half a million people. people.

The Tigrayans have promised “hell” for their advancing enemies. They denied having destroyed any bridges, but could not be contacted to comment on the snow removal.

Hundreds, if not thousands, have died and more than 30,000 refugees have fled to Sudan since conflict erupted on November 4. The fighting has spread beyond Tigray, whose forces have fired rockets at the neighboring Amhara region and the Eritrean nation, sparking concern of a wider war and the break-up of multi-ethnic Ethiopia. .

Abiy’s government has announced that it will reach Mekelle soon after taking several surrounding towns. On Saturday, he said Adigrat, about 116 km (72 miles) north of Mekelle, had also fallen.

Rebels of the Popular Front for the Liberation of Tigray (TPLF) said nine civilians had died amid heavy losses in artillery strikes on Adigrat.

The government could not be reached immediately for comment, but has previously repeatedly denied targeting civilians.

Claims on all sides are difficult to verify as telephone and Internet connections have been down since the start of the conflict and media are largely banned.

Eritrea denies claims by the TPLF that it sent troops across the border to support Abiy’s offensive against Tigrayan forces, who are also an old enemy of Eritrea.

Abiy, who won the Nobel Peace Prize last year for a peace pact with Eritrea, aims to capture TPLF leaders before speaking.

“The news circulating that the envoys will travel to Ethiopia to mediate between the federal government and the criminal element of the TPLF is false,” the government tweeted on Saturday.

Abiy accuses the Tigrayan rulers of revolting against central authority and attacking federal troops in the town of Dansha. The rebels claim that Abiy’s government has marginalized and persecuted Tigrayans since coming to power two years ago.

Abiy denies this, saying he is only seeking to restore law and order and preserve the unity of Ethiopia and its 115 million people.

On Saturday, the government released a video of a room full of Tigrayan soldiers holding a meeting on the conflict. The soldiers listen to a speaker and take turns speaking to the camera.

Prime Minister’s Office spokeswoman Billene Seyoum said all soldiers were active duty Tigrayan soldiers and the meeting was part of a campaign to ensure the military is not aligned with any political party or ethnic group.

In the video, a soldier says that the army has been like a member of the family of the Tigrayan people. Several condemn the attacks on the military; it is said that “dividing the army along ethnic lines in this way is totally unacceptable”.

Tigray’s forces were not immediately available for comment on the video.

Aid workers say the conflict is creating a humanitarian crisis in Tigray, where many of the more than 5 million people were already displaced and depended on food aid even before the conflict.

Satellite images from US space company Maxar Technologies showed destroyed buildings along the main road near Dansha Airport, where the government said there was a surprise attack on November 4 on federal troops .

The TPLF is popular in its home region and dominated national politics from 1991 until Abiy took office. Abiy’s parents are from the larger Oromo and Amhara ethnic groups.

“We will do whatever is necessary to ensure stability in the Tigray region and that our citizens are free from harm and want,” the Prime Minister tweeted on Saturday.

Across the border with Sudan, the United Nations foresees the possible arrival of 200,000 refugees.

World AIDS Day: Advances in prevention give hope to women and children in South Africa

The Bharat Express News - December 2, 2020 0
“There is too much pressure from different facets of society and it scares you to speak up,” she said. But there were violent scuffles outside...