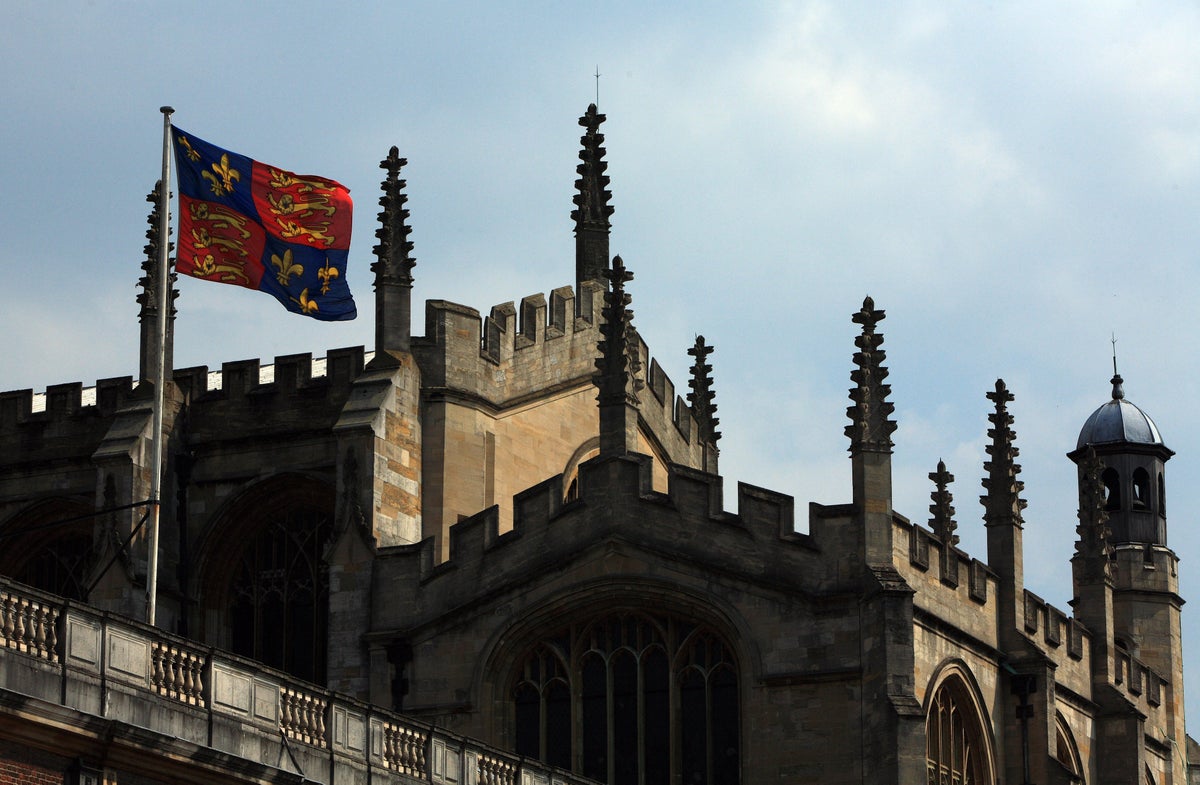 Eton College has apologized “unconditionally” after some of its students were accused of subjecting a group of girls from a nearby public school to misogynistic language, racial slurs and “booing”.

The prestigious boys’ boarding school, which charges £40,000 a year for a place, said it had launched an investigation into the alleged incident, which took place during a speech by politician turned GB News pundit Nigel Farage.

An anonymous informant, who claims to be the parent of one of the girls who attended the former UKIP leader’s speech, said the female students were jeered in the lecture hall, with Farage describing the atmosphere as “riotous”.

The Twitter user, identified only as a “whistleblower teacher”, also claimed that some male students were banned from school a few days after the incident.

The post reads: “My daughter went to Eton College last week for a lecture by… Nigel Farage. She and the other small group of state school children were booed for taking up space in the lecture hall. There were racial slurs and generally misogynistic remarks directed at them.

“Eton has ruled out some guys for a few days. Nigel was as expected. Eton boys applauded his worst comments about migrants and covid. An interesting evening, but my daughter felt it explained a lot why this country is in the state it is in. Their behavior was horrible.

“The school has held a meeting about it and apologized, but the damage is done.”

The college has since apologized “unreservedly” for the “totally unacceptable” behavior of its students.

A second unnamed Twitter user, who claimed to provide a first-hand account of the incident, said the story was “blown out of proportion” and amounted to a “complete misrepresentation of the truth.”

They posted on Twitter claiming: “The reality is one or two guys decided to make abusive/misogynistic/racist comments, all of which were punished internally. Firsthand, the main issue was the poor organization of the event, which led to most of the behavior problems. Students who queued for hours to attend were kicked out for attending public schools (which took up more than a fifth of the audience).

They continued: “As much of Eton is international I’m not sure where claims of racist language are coming from as there certainly weren’t any.”

An icon among private schools since its foundation in 1440 by King Henry VI, Eton College has educated 18 British Prime Ministers, as well as prominent authors and artists, and members of royal families from around the world.

The school caters for some 1300 pupils in 25 houses, each overseen by a caretaker chosen from the senior ranks of the staff, which number about 160.

In a statement, Eton College said: “The behavior of some Eton pupils during a recent speech by Nigel Farage was totally unacceptable and Eton has apologized unreservedly to those involved. Eton requires all our students to treat others with decency and respect. That did not happen this time and the school investigated and penalized a number of students. The principal has spoken to all the boys to reinforce the expectations of the school.”

Race for the Golden Boot, most assists and most hat-tricks – Qatar World Cup 2022 statistics