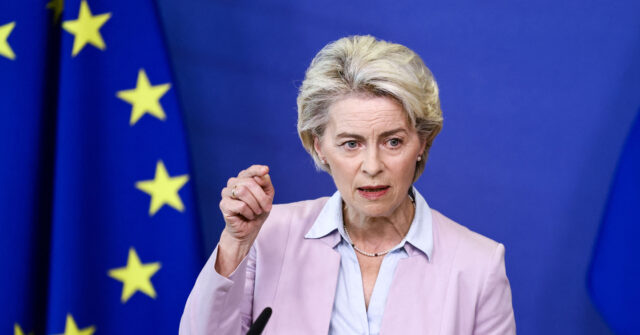 European Commission President Ursula von der Leyen has called for the implementation of “mandatory” energy rationing across the EU at peak times to “flatten” the demand curve amid the largely self-inflicted energy crisis hitting the bloc.

In a stunningly bad public relations move, EU President Ursula von der Leyen harked back to the early days of China’s coronavirus crisis, when citizens around the world were told to accept a short period of lockdowns to flatten the curve of Covid infections , although this ultimately proved untrue, with two weeks quickly turning into more than two years of restrictions for many across Europe and beyond.

ALSO READ  US Open 2022: Iga Swiatek Rebounds with the Best Places to Beat Jule Niemeier and Advance to Quarterfinals

Speaking on Wednesday in which he suggested introducing energy rationing measures before the winter months when demand peaks, the EU president said: “During peak demand, the expensive gas enters the market. So what we need to do is flatten the curve to reduce peak demand.” we will propose a mandatory target to reduce electricity consumption during peak hours and we will work very closely with Member States to achieve this.”

“These are difficult times and they are not over soon,” said von der Leyen. “But I am convinced that Europeans have the economic strength, political will and unity to prevail.”

Using the same rhetoric from the early stages of the Wuhan virus outbreak is ominous, as there seems to be no end in sight to the energy crisis sweeping the continent, meaning energy rationing could be a new “new normal.” that citizens will be forced to accept.

Indeed, late last month Ben van Beurden, the CEO of multinational oil and gas giant Shell, warned that Europe will face years of shortages: “We may well have some winters where we somehow solutions.”

Russia is manipulating our energy markets and we are faced with astronomical prices.

That is why we come up with measures to protect vulnerable consumers and companies.

We have the economic strength, the political will and the unity to prevail.
https://t.co/ntpzZknBjW

Proposals for energy rationing have already come from several Member States, including France, Italy and Germany. President Emmanuel Macron, who has warned that France is facing the “end of plenty”, this week urged citizens to limit their energy consumption to avoid future government-imposed rationing, echoing similar statements by the outgoing Italian Prime Minister Mario Draghi.

Things are likely to get worse for the EU, with Vladimir Putin closing the Nord Stream 1 pipeline, while Russian officials blame Western sanctions on Moscow as an excuse for the shutdown. Even before the real crack of the winter months, protests have sprung up across Germany against the government’s sanctions against Russia, including Chancellor Olaf Scholz’s decision to shut down the Nord Stream 2 pipeline earlier this year.

It is doubtful that such protests will move the government, but with the foreign minister Annalena Baerbock stated last week that the coalition government will continue to support Ukraine’s war efforts “does not matter what [the] German voter thinks.”

In addition to proposing mandatory energy rationing, the Commission will also propose several other measures to combat the growing crisis, von der Leyen said, including imposing a price cap on gas imported to the bloc from Russia.

“Russia is manipulating our energy markets and we are facing astronomical prices,” she said, justifying the move, ignoring the years of reckless green policies that failed to achieve energy independence.

However, setting a price cap could backfire, as Russia could choose to sell its fossil fuels to other buyers – such as India or China – and could see energy suppliers go bankrupt, as has happened before in Britain under a similar price-control system. .

Responding to von der Leyen’s speech on Wednesday, Russian President Vladimir Putin said that if price caps are imposed, Moscow will no longer supply Europe with any form of energy, saying: “We will not supply gas, oil, coal, fuel oil. – we will deliver nothing.”

“We would only have one thing left to do: as in the famous Russian fairy tale, we would condemn the wolf’s tail to be frozen,” Putin threatened.