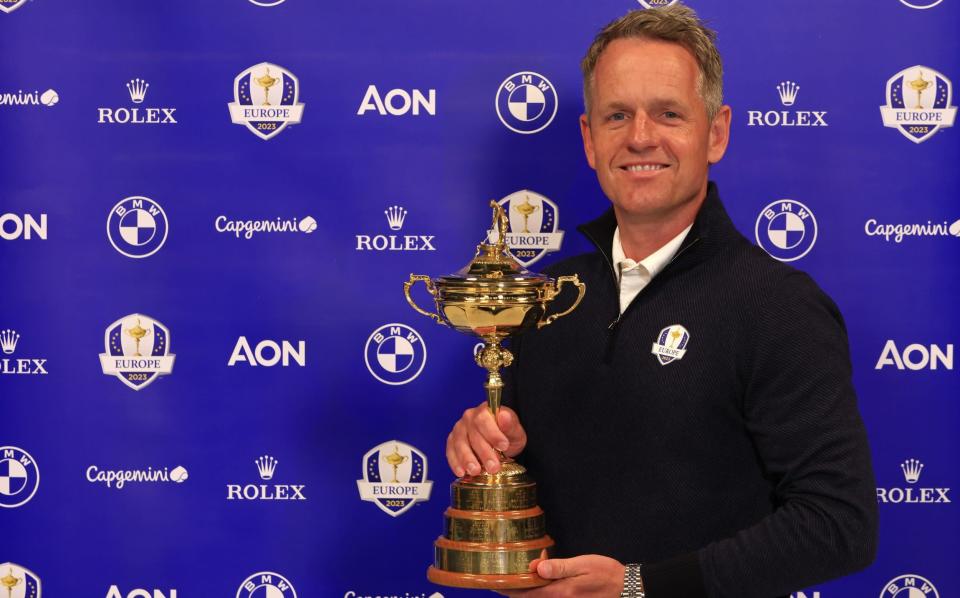 Luke Donald has refused to exclude players from the rebellious LIV Golf series from his Ryder Cup team in Rome next year.

Following his official unveiling as Europe’s new 2023 Ryder Cup captain, replacing Henrik Stenson, who was sacked after signing up for the controversial Saudi-funded circuit, Donald said his goal was to be the “strongest” and “most united” team possible. And he added that it remains to be seen whether that includes players who defected to LIV against the wishes of the DP World Tour.

“Well, obviously part of being a captain is to create a strong unified team of 12 men, and I’ll be working on that for the next 14 months,” Donald said. “I’m not really here to talk about LIV and whether they qualify or not. You have to see that and is a bit of a hypothetical question.

“But certainly in the coming months, hopefully we will have some clarity on that situation and we can make decisions about that as they become more clear.

ALSO READ  Scott Piercy's blister, Emiliano Grillo's success on the sixth hole between five takeaways from the third round of 3M Open

“As you know, there is a legal situation going on. But I don’t think that situation will be resolved any time soon. So until that’s the case, I can’t really say anything about it.”

The director of Europe’s Ryder Cup, Guy Kinnings, who was on the phone next to Donald, was also vague when asked whether it was more important to have as strong a team as possible, or to maintain the integrity of DP World Tour to protect.

“From our perspective, the most important thing for us is to make sure Luke has the best, most effective team to get the best response and the best performance from that team. And if they succeed, it will help the DP World Tour immensely.

He added: “As Luke said, the position is not clear. Legal appeals are pending and until then the players are allowed to play.

“The Ryder Cup qualifying process, if announced, should be something Luke will be working on with us. Then the points will run, but I suspect they will be just like The PGA of America, with a list of players named but subject to eligibility. ”

Ryder Cup bans for European LIV players would rule out Ian Poulter, Lee Westwood, Sergio Garcia, Bernd Wiesberger, Graeme McDowell, Martin Kaymer and Sam Horsfield. However, Poulter said last week that he was still hopeful that he could qualify. “We are not sure at the moment where the qualifying criteria are,” said Poulter. “I think we are all still eligible to play. I think the criterion is that we start qualifying in three weeks (at the BMW PGA Championship).”

Donald insisted he had no reservations after being asked to take over from Stenson, saying other captains had to work their way through difficult situations. “To be honest, I was disappointed I didn’t get the wink back in March [when Stenson was appointed]but sometimes we get a second chance, and I’m really looking forward to making the most of it,” he said.

“Obviously there are some distractions going on, but there have been a lot of captains in Ryder Cups where there have been problems. We saw that last year with Pádraig [Harrington] and Steve [Stricker] with covid. We saw that Sam Torrance and Curtis Strange had to do with the terrorist attacks of 9/11. These things happen and we’ll just go through them as we get them and deal with them in the best possible way.”

Donald added that he would contact Sarina Wiegman, head coach Sarina Wiegman, who won the Women’s European Championship, for advice on how to get the best out of his team, comparing the Ryder Cup to the Lionesses.

“I flew back from Detroit yesterday, so I didn’t see the game,” he said.[But] every time I can talk to someone who is able to have such success in a team.

“I think you can see such comparisons between something like the Lionesses and The Ryder Cup. Those ladies made history yesterday. They will inspire a generation. And that’s what really inspires me about the Ryder Cup. I definitely remember a lot of it.” my shots in Ryder Cups much more than in individual tournaments, and because we’re playing for something bigger than ourselves.

“I’m sure I will reach a lot of people who have had great success in that team environment, including Sarina.”