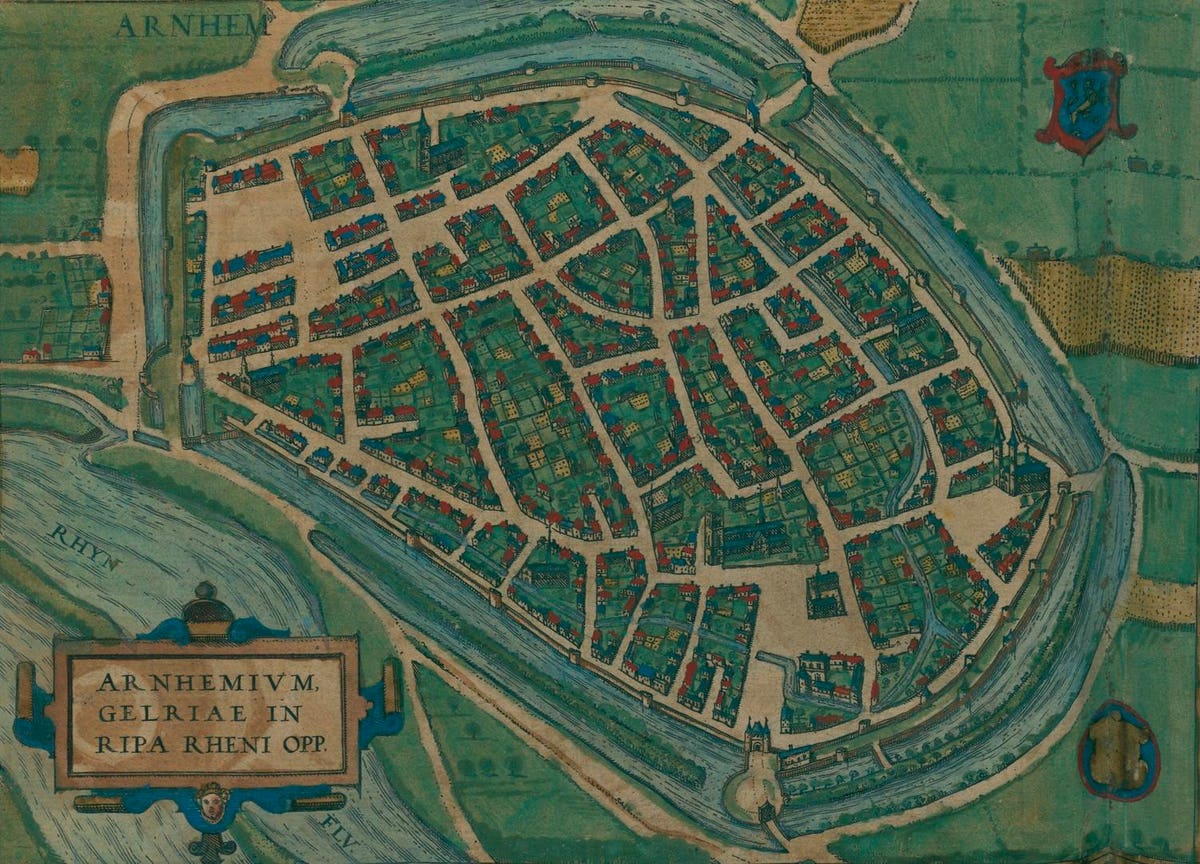 The story is a common one – that the Nazis hid a treasure when they retreated from occupied territory at the end of World War II. In the Netherlands, near the city of Arnhem, legend has it that in 1945 four German soldiers hid a treasure worth at least 2 or 3 million Dutch guilders, which would be worth about $18 million today.

80 years later, the National Archives has just released many documents that researchers believe literally mark the spot where the money was buried. There is one catch: the map is somewhere among 1,300 documents. In addition, there is one 7 centimeters thick, which documents the Dutch government’s search for the money after the war, but which they were unable to retrieve.

Imagine, it is April 1945 and the Allies are about to liberate the city of Arnhem. 40 kilometers away, in the small village of Ommeren, some soldiers of the German Wehrmacht become nervous about the four ammunition boxes they have among their belongings, full of watches, gems, coins and jewelry. Annet Waalkens, adviser at the National Archives The protector that “they decide to bury the treasure, because it just gets a little too hot under their feet and they get scared.”

A certain German soldier, Helmut S., helped bury the loot and was apparently a little too eager to tell everyone on his return to Berlin. He told that the soldiers came across the treasure on the street when the Arnhem branch of the Rotterdam bank was bombed in August 1944.

This knowledge was passed on to the Beheersinstituut, the Netherlands Institute for Asset and Property Management, which was responsible for tracing the assets taken from persons missing during the war. One of the German soldiers made a map and it was this map that Helmut S eventually handed to officials, who tried to find the money themselves – the third time, even with the help of Helmut himself – but to no avail.

There are many theories about where the money is and whether it is still in situ. Waalkens says there are many rumors of allied troops (there would have been looting on all sides) or perhaps local residents witnessed the burial and later exhumed it.

Moreover, Helmut’s facts are incorrect, since Arnhem was not bombed in August 1944, but later in September during Operation Market Garden (an operation fatal to many troops that is often categorized as one of the greatest failures of the Second World War).

Now Dutch researchers hope that because the documents – and crucially they believe the map – are now online and available to see in The Hague, people may be able to shed new light on what happened. Waalkens hopes that the map is still there and that the treasure can be found and returned to its rightful owners. The map is available to anyone who wants to try and find the treasure.

Helmut S is a pseudonym because authorities believe he is still alive. He was born in 1925, but there is no record of his death and he has not been traced since.

The Bharat Express News - February 2, 2023 0
The California Wine Festival, which has been a successful annual event for the past two decades, will return in 2023 with an exciting lineup...