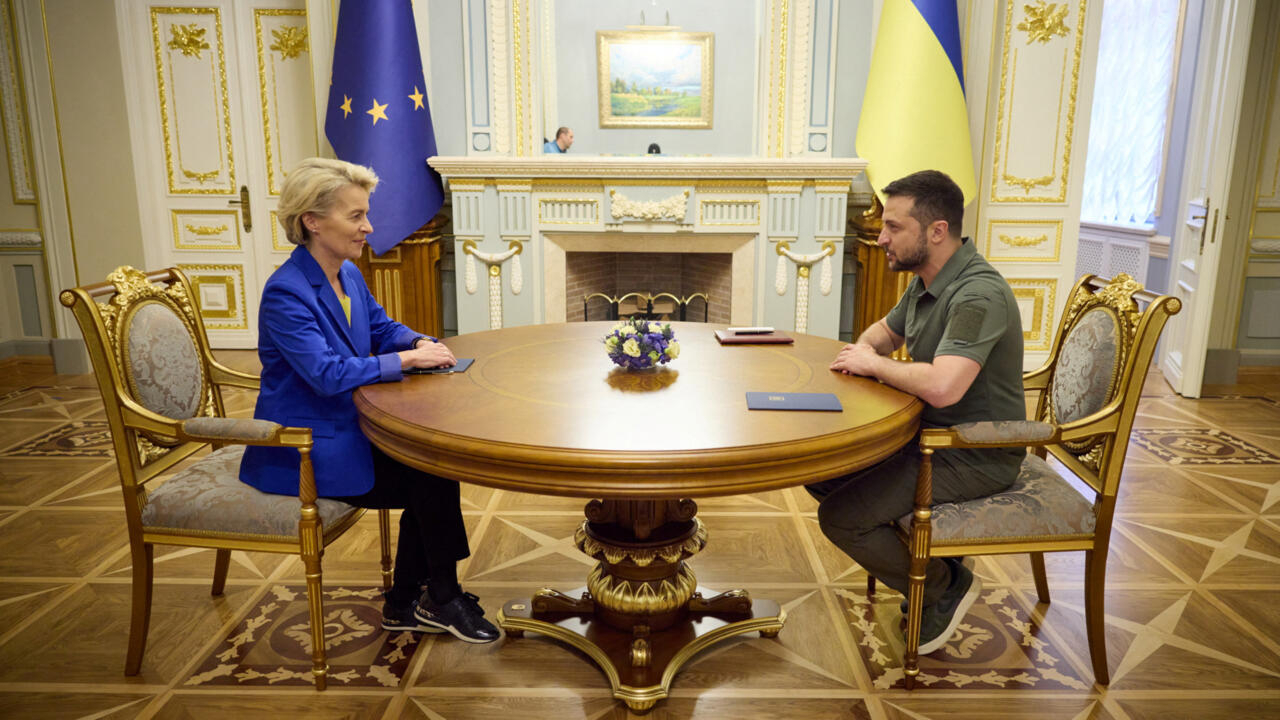 EU chief Ursula von der Leyen said on Thursday that war-torn Ukraine would have Europe’s support for “as long as it takes” as she visited Kiev for talks on closer integration with the bloc.

Her trip coincided with a meeting between Russian President Vladimir Putin and his increasingly close ally Chinese leader Xi Jinping in former Soviet Uzbekistan, where the men praised their strategic ties in defiance of the West. It also comes as Ukrainian forces consolidate gains against Russian forces in the east of the country in a dramatic offensive, aided by Western weapons.

Von der Leyen said Thursday’s visit was her third visit to Ukraine since Russia invaded in February, but this was different. “We will never be able to match the sacrifice the Ukrainians are making,” she told reporters during a joint press conference with Ukrainian leader Volodymyr Zelensky.

“But what we can tell you is that you will have your European friends by your side for as long as it takes,” she said. Upon her arrival, she noted that her talks with Ukraine’s leaders would be about “bringing our economies and people closer.”

Ukraine gained EU candidacy status in June, along with ex-Soviet Moldova, which borders Ukraine and, like its neighbor, has stationed Russian troops in an eastern breakaway region. Zelensky told the same press conference that his country wants to join the European single market pending a decision on whether or not to grant full EU membership to Kiev.

The historic candidacy vote infuriated Moscow, which has sought to maintain political and military influence in both countries since the collapse of the Soviet Union three decades ago. EU countries have steadfastly supported Ukraine since Moscow invaded in February by slashing Russia with economic sanctions.

Many members of the bloc have supplied Kiev with advanced weapons that have helped Ukrainian forces retake parts of the territory in recent weeks. Von der Leyen said just before her trip that successive waves of EU sanctions against Russia would continue and Europeans should remain determined against Moscow.

“I want to make it very clear that the sanctions are permanent,” she told the European Parliament. The Kremlin says Russia has weathered economic sanctions and Moscow has responded by reducing or completely cutting gas flows to European countries.

With winter fast approaching, it has forced the EU to procure alternative supplies, agree on plans to cut consumption and roll out financial support in the face of skyrocketing prices. Ukrainian energy facilities, including Europe’s largest nuclear power plant, have been hit by Russian attacks, and Zelensky thanked the EU leader on Thursday for linking Kiev to “European power grids”.

“It is in everyone’s interest: European countries can get cheap electricity from Ukraine” and “we will be able to get money for salaries and social benefits in such difficult times,” he said.

Ukraine’s armed forces have also made slower but steady gains in the southern Black Sea region of Kherson. The Ukrainian presidency said on Thursday that there is fierce fighting around that southern front, adding that the military situation “remains extremely difficult”.

Local officials in the region around Zelensky’s hometown, Kryvyi Rih, reported new Russian strikes on Thursday after attacks damaged a dam and flooded dozens of homes.

In the eastern Donetsk region, which has been partly controlled by Russian-backed separatists since 2014, new shelling has killed two civilians and injured another 13. In the Ukrainian city of Bakhmut in Donetsk, TBEN journalists said the streets were deserted and the sound of nearby artillery could be heard in the center of the city.

Flames still licked a residential building hit by Russian strikes overnight and plumes of smoke rose as firefighters battled the blaze. At the meeting in Uzbekistan, Putin rejected attempts to create a “unipolar world” and praised China’s stance on the conflict.

“We very much appreciate the balanced position of our Chinese friends in relation to the Ukrainian crisis,” Putin told Xi. Beijing has not explicitly supported the invasion of Moscow, but it has steadily built economic and strategic ties with Russia over the six months of the war.

The Bharat Express News - September 25, 2022 0
CHARLOTTE, NC - It's an advantage for Americans in the race to 15½ points on Sunday at the 2022 Presidents Cup, but the Internationals...