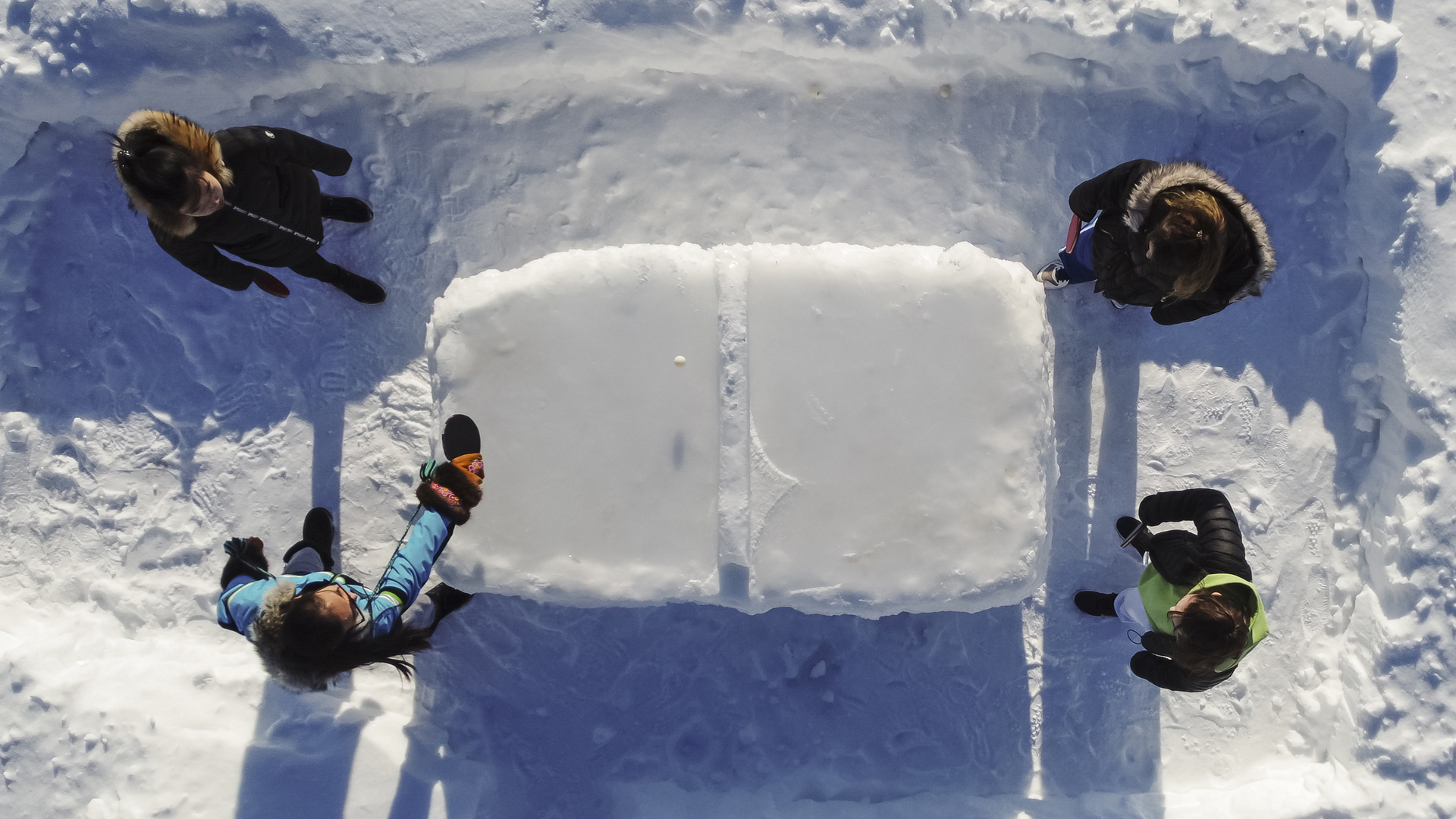 Think Thorsten Gohl in the Canadian city of Yellowknife, just 250 miles south of the Arctic Circle. In the past, when there were no restrictions, he organized games in Snowking Castle and on an ice table!

By playing in such conditions, you will not witness the level of play advocated by Ma Long and Fan Zhendong, but you will witness one of the great attributes of World Table Tennis Day; smiling faces, a fact underlined by Thorsten Gohl.

“Our goal is to make human beings better, the idea of ​​creating professional athletes is minimal, it is well on the agenda; the main thing is for young people to have meaningful activity and have fun. Thorsten Gohl.

Only a few will reach international standards, but the vast majority who played table tennis as a teenager, and younger ones, have learned self-discipline, a skill that can prove invaluable later in life.

Ultimately, table tennis may not be the sport that is played, but it can provide an introduction to the sport, which can prove invaluable later in life. This is really the philosophy of Thorsten Gohl.

“They play table tennis but then they go to hockey, we have no problem with this situation. If the skills learned from playing table tennis allow a youngster to excel in another sport, then it is good for us. Thorsten gohl

Unfortunately, due to the pandemic, last year and this year the organization of events has been very limited, but in previous years the numbers have been quite astonishing; for how much was one or more events on the routes an introduction to the sport?

Providing opportunities to try sport is one of the major values ​​of World Table Tennis Day, opening doors to meaningful activities, helping to create a better society and above all having fun!

Preparation in Doha, the leading pairs are ready and waiting – TBEN