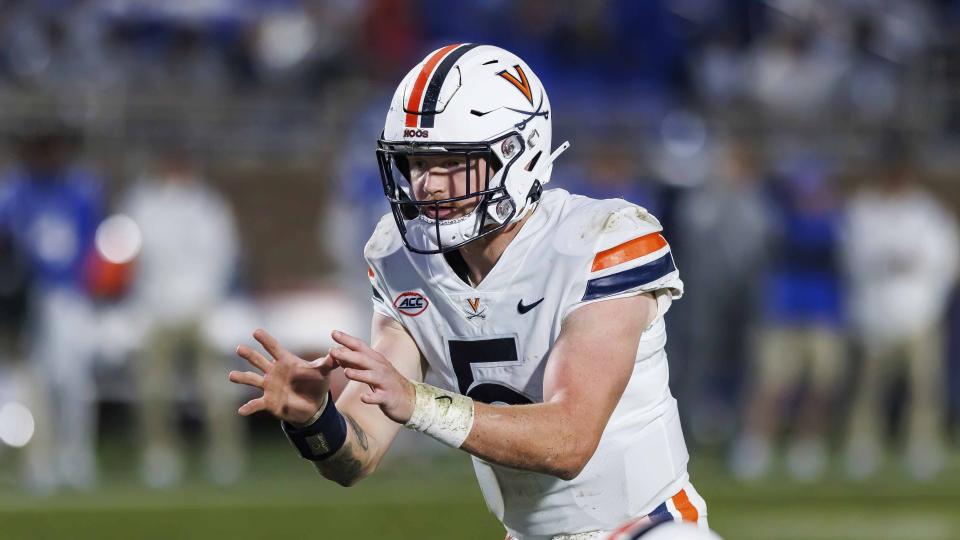 Brennan Armstrong is staying at the ACC.

After five years with Virginia, the veteran quarterback announced Saturday that he will play his last season of college football at NC State. At NC State, Armstrong will reunite with Robert Anae, his offensive coordinator for his first four years at Virginia.

Anae spent the 2022 season as the offensive coordinator at Syracuse before being hired by NC State last month.

Armstrong arrived in Virginia in 2018 but is eligible for another year because he took a redshirt in 2018 and has the COVID exception for 2020.

In his career, Armstrong threw for 9,034 yards with 58 touchdowns and 35 interceptions while completing 60.6% of his passes. He also has 1,267 yards and 20 touchdowns on the ground during that span.

Armstrong’s best season came in 2021 when he threw for 4,449 yards and 31 touchdowns while adding 251 yards and nine scores.

Armstrong was recruited to Virginia by former head coach Bronco Mendenhall, who stepped down after the 2021 season. Armstrong remained with the program in 2022, Virginia’s first season under former Clemson offensive coordinator Tony Elliott.

Playing behind an inexperienced offensive line, Armstrong threw for 2,210 yards, seven touchdowns, and 12 interceptions while completing only 54.7% of his attempts. Virginia went 3-7 as it did not play its last two games after the tragic deaths of three players on November 13.

Morris, a true freshman who took over after Chambers was ineffective, showed great promise when he saw the field, but was injured late in the year. Finley opened the year as the fourth stringer, but ended up making three starts late in the year. He helped NC State beat North Carolina, but struggled with losses to Louisville and Maryland in the Duke’s Mayo Bowl.

Morris and Finley are both expected to return next season, with Armstrong certainly the favorite to win the starting job as a sixth-year senior.