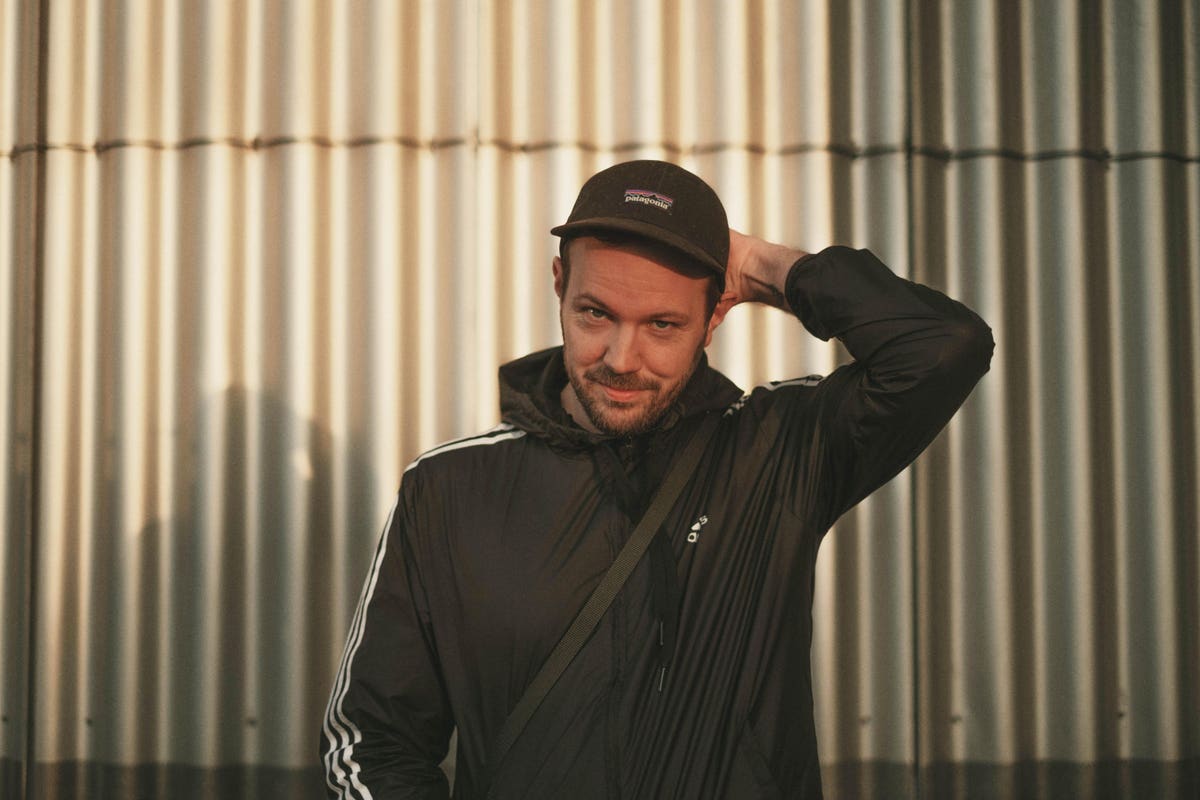 Manchester-based artist Frameworks has sparked the interest of music lovers around the world for the past decade. His luscious melodic and emotional sound with warm blooming strings and pulsating bass has enabled him to perform at critically acclaimed festivals such as Coachella, Electric Forest, Lightning in a Bottle, Camp Bisco and Shambhala. Today, January 19, TBEN receives an exclusive announcement for him Reflections LP and the premiere of his single and music video for ‘Circles’.

Reflections is scheduled for release on Friday, April 14. The album is the producer’s most liberating project to date. Written over two years during the pandemic, it is characterized by openness, vulnerability and honesty. “Circles” follows this as the track features tinkering synths, haunting vocals, booming bass and more. The music video accompanying the single is about looking inwards, facing fear and other overwhelming emotions and trying to make peace with them.

Both “Circles” and Reflections demonstrate his new sonic and philosophical mindset, as he moves away from the downtempo, nostalgic styles of his earlier work towards an electronically driven sound. At the heart of this new sound is his son, who was diagnosed with a life-limiting condition at nine months old and had three months to live. Fortunately he survived. Seven years later, Frameworks draws inspiration from his son’s resilience and strength as he tries to cherish each day.

Frameworks shares this TBEN the inspiration for Reflectionsthe significance of his music video ‘Circles’, his son surviving his life-threatening illness and more.

Lisa Kocay: Can you describe your sound in three words?

Kocay: What was the inspiration for Reflections?

frames: “So it was a bit of a journey to figure out what drives me to write music, what kind of songs I was making that I resonated with. I think it became clear that it was the things that I wrote very quickly in relation to writing in response to an event or something that happened where those emotions were quite predominant at the time that it was written so it was more emotional than technical write .”

Kocay: The LP was written over two years during the pandemic and is characterized by openness, vulnerability and honesty. Can you discuss this further?

frames: “It was about trying to represent those emotions as and when they surfaced honestly, without trying to dilute it. I felt that going back to ideas that [I had] if I wasn’t in that headroom when I started the song it would be a bit of a push and pull because my headroom wasn’t at the time. I think it was very important to get as much out of the closet as possible in a short period of time. In terms of writing, then I could go back to production and replace and replace things. But because I mainly tried to write down as much as possible as it flowed, it felt like I was being as honest as possible.

Kocay: Can you talk about the inspiration for the music video for “Circles”?

frames: “It’s about going in and trying to deal with fear or some other kind of overwhelming emotion and trying to make peace with it. So when the girl closes her eyes, she does it twice in the video, she looks within to try and find a solution to something. The first time she does it, she goes into the water and she’s clearly not in a great place. Later, in the last scene of the video where she enters the water, she finds peace with this turmoil. It’s a bit deep, but reflects a search within.”

Kocay: At the heart of your new sonic explorations is your son, who was diagnosed with a life-limiting condition at nine months old, had only three months to live, and survived. Can you discuss how this affects the music you make today?

frames: “I think he taught me a lot. He teaches me every day to be present, to be in the moment and not to take these moments for granted. He has so much resilience and strength. He is non-verbal, but he is always cheerful. He has a fit and 20 minutes later he is happy and bouncing around. That’s a lesson for all of us in strength and to bear witness to the present moment, I think. He taught me a lot about being present and not taking life for granted.”

Kocay: So would you say your son is the biggest influence on the music you make today, or do you have someone else who has a big influence on your music?

frames: “I think my whole family is above that. I have three children and a wife. I think having the privilege of coming home to a family is the most important thing to me. Kids are in the moment and quite spontaneous, and it’s easy to get carried away. It was for me, looking at numbers, getting success through plays and things like that. I think what they teach you is that whatever you look for is already there when you do it.”

Kocay: What’s your favorite song you’ve done and what happened in the studio when you made it?

frames: “I have a soft spot for ‘cold’, [a song off the forthcoming album]. I came across a song that I fell in love with, and when I listened to it I got upset, but it wasn’t like an “Oh poor me” upset. It was quite cathartic and I kept going back to this song to feel these emotions. “Cold” represents that feeling, that cathartic… wanting to go back and embrace a feeling… getting over something. It was almost like therapy to go back to this song and just feel it.

Kocay: If you could go back in time to when you first started making music and give yourself one piece of advice, what would it be?

Kocay: If you weren’t into music, where would you be today?

frames: “I think I’m going to do some kind of art and something creative. I went to art school and went into music from there. I would probably do some form of art, maybe graphic design or something like that.”

In bold action, Uruguay ships more than 1,000 kilos of cannabis to the US: the country’s ambassador weighs in