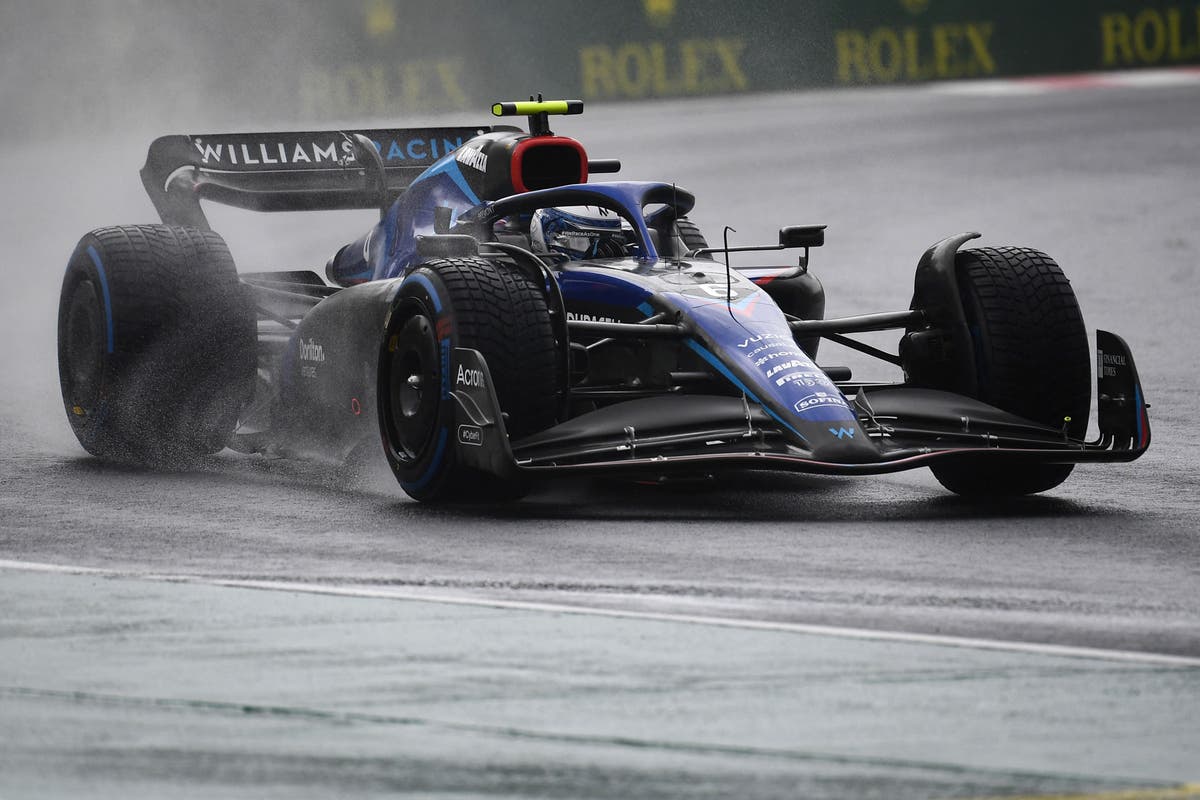 Ferrari have the upper hand heading into Saturday in Budapest with Carlos Sainz and then Charles Leclerc surpassing timesheets one and two in practice at Friday’s Hungaroring.

Lando Norris was the surprising name that divided the Scuderia drivers in second practice with an impressive P2 performance, while championship leader Max Verstappen – who has a 63-point lead en route to the final race before the summer break – finished fourth in FP2 .

Mercedes will be scratching their heads as a few more experiments in practice didn’t have a positive impact on performance – George Russell and Lewis Hamilton finished eighth and eleventh respectively, with the likes of Daniel Ricciardo, Fernando Alonso and Sebastian Vettel (a day after he retired). announced) faster than the Silver Arrows.

Nicholas Latifi was the shock name at the top of the standings in a wet third practice on Saturday, with Williams teammate Alex Albon in third! Ferrari’s Charles Leclerc was second, with Max Verstappen fourth as Mercedes struggled again. Qualifying starts at 3:00 PM (BST).

Follow all the build-up to qualifying on the Hungarian Grand Prix with times and positions during the day.

Vettel, who announced earlier this week that he would retire from Formula 1 at the end of the year, lost control of his Aston Martin in the wet conditions at Turn 10 of the Hungaroring.

The four-time world champion slipped backwards through the gravel and into the tire barrier to leave his qualifying mechanics with a major repair job. Vettel was furious at his mistake and cursed the radio before apologizing to his Aston Martin team.

ALSO READ  Lakers get mixed reviews for their offseason moves

A downpour ahead of Saturday’s session contributed to a muddled order, with Latifi disrupting the chances of finishing by six-tenths ahead of Ferrari’s Charles Leclerc, with Williams teammate Alex Albon in third. World champion Max Verstappen finished fourth, 1.7 seconds off Latifi’s pace.

Given their problems on dry land yesterday, both Lewis Hamilton and team-mate George Russell may have been hoping for rain. But the Mercedes drivers seemed to struggle in the tricky conditions as they failed to get temperature into their wet rubber.

Latifi disrupted the chances of crossing the line six-tenths ahead of Ferrari’s Charles Leclerc, with Williams team-mate Alex Albon in third

As the pace was too slow on dry land yesterday, Lewis Hamilton and George Russell did not fare better in wet conditions in FP3.

Both complained of a complete lack of grip on the track, with the generation of temperature in the tires proving to be a problem on both the wet and intermediate compound.

Russell went off the track a few times, while Hamilton was annoyed at the team radio. Worrying Signs for Qualifying in 90 Minutes!

Well, well, well – who predicted this?!

Nicholas Latifi’s Williams manages to sneak in another lap and is fastest of them all to dry the track in Budapest – beating Charles Leclerc by six tenths! And Latifi’s teammate, Alex Albon, is third fastest! Needless to say, it’s the first time Latifi has topped a practice session in his Formula 1 career!

“I wondered if clapping was for me!” Latifi beams over team radio! A sweet moment for the Canadian.

Many cars are back on track with Vettel’s Aston Martin removed from the track as the drivers try to get some temperature in the tires for what is going to be a wet day at the Hungaroring!

Nicholas Latifi leads them out – everyone on the track is on the intermediate tyre, with the racing line a little drier now!

The session will be stopped with Sebastian Vettel’s Aston Martin in the barriers at Turn 10! The German loses the rear and spins aggressively against the wall!

Ironically, Vettel was one of the star players in the rain – he is currently third in the standings!

There is a good chance that we will no longer make laps here…. the clock is still running with a red flag in practice…

The rain is a little lighter now, but the Mercedes boys are still having a hard time – both Lewis Hamilton and George Russell complain about a complete lack of grip. Hamilton’s engineer Peter Bonnington admits the tires struggle to generate temperature!

A few cars are now trying the intermediates, including Max Verstappen who leaves the garage for the first time this afternoon. Vettel has taken off a few times in Turn 11, but the four-time world champion is currently second in the standings behind Leclerc, eight tenths off.

Leclerc is still on his own though!

There is a lot of standing water on the Hungaroring, but most drivers are on track rehearsing for what will be a wet qualifying in Budapest this afternoon.

Well, I say most – Max Verstappen, George Russell and Lewis Hamilton don’t feel like it yet. They are still in the pits and haven’t set any time in this session.

Leclerc is still nine tenths ahead of Sainz, with Vettel and Stroll two seconds further back.

The RedBulls and Mercedes’ – amid wet conditions in Hungary – have yet to put in some time.

Lewis Hamilton said he is bracing for a tough weekend after finishing a distant 11th place in practice for the Hungarian Grand Prix. While Charles Leclerc tried to put his catastrophic crash in France behind him by racing to the top of the timesheets, Hamilton finished the day 1.1 seconds adrift of the Ferrari driver.

On an encouraging afternoon for McLaren, Britain’s Lando Norris came in second with Ferrari’s Carlos Sainz third and world champion Max Verstappen fourth. Mercedes got their best result of a painful season at last weekend’s French Grand Prix, with Hamilton in second and teammate George Russell in third.

But the silver cars were off pace at a sweltering Hungaroring – the site for Formula 1’s final race before the summer break – with both drivers complaining.

“How far are we?” asked Hamilton, after completing his opening lap on the medium rubber. “So, currently P8, 1.9sec to Leclerc in P1,” replied his race engineer, Peter Bonnington.

“1.9 on the same tire?” was Hamilton’s incredulous response. Hamilton later called his machine “unstable” after walking off the tarmac in Turn 4.

Hamilton has won a record eight times at the Hungaroring, but the British driver faces an unlikely task to add to that total, given Mercedes’ troubles here.

The British driver finished 11th in practice behind Charles Leclerc