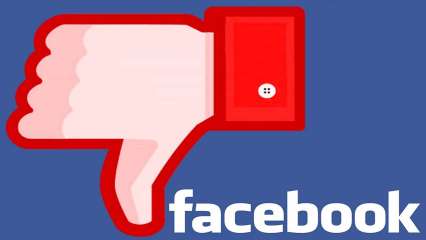 Social media platforms Facebook and Instagram were down in many parts of the world for more than an hour on Thursday. Due to the outage, users were unable to send or receive messages. Users took to Twitter on Thursday with the hashtag #InstagramDown, quickly becoming one of the hottest topics in the United States.

The services of these social media platforms were restored after a brief interruption. Facebook came back with a “ Sorry, something went wrong ” error message.

There have been similar issues in the past that have seen all of these services crash at the same time. Notably, the outage is the social media giant’s second in less than a month. A similar outage was reported on March 19 in which the sites were down for several hours.

Facebook issued a statement saying that a configuration change made the services unavailable to some people. The social media giant investigated and resolved the issue.

A Facebook spokesperson later said in an emailed statement: “Earlier today, a configuration change made Facebook services unavailable to some people. We quickly investigated and resolved the issue. apologize for any inconvenience “.

In January 2021, an unknown number of users were logged out of their accounts, which Facebook called a configuration change.

A similar outage was reported on March 19, 2021, during which the sites were down for several hours.

In March 2019, Facebook experienced one of the longest outages in company history and was out for many users for more than 12 hours.