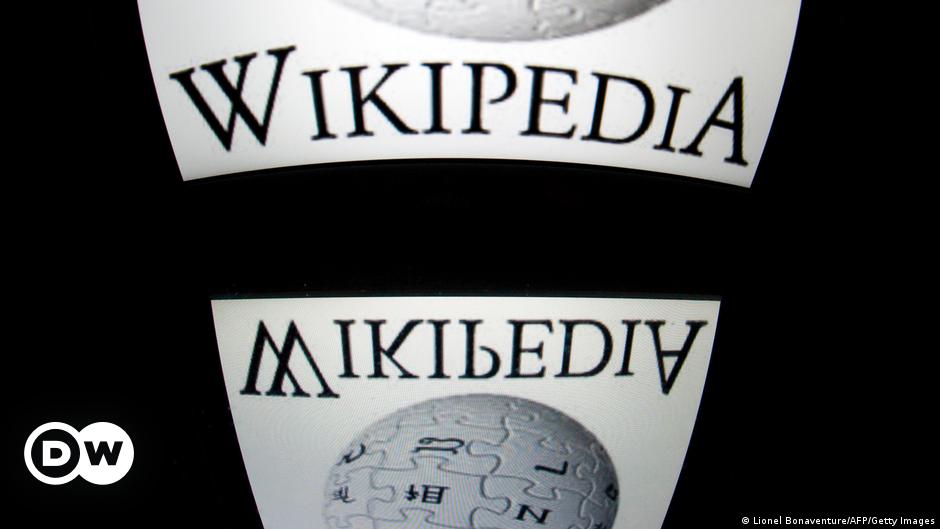 Wikipedia, described as a world treasure, turns 20 on Friday. According to research conducted over the years – including a scientific study published by the journal Nature in 2005 and a report commissioned by the site’s Wikimedia Foundation in 2012 – Wikipedia entries are of comparable quality to those from prestigious encyclopedias such as Britannica. However, it is difficult to measure the consistency of the information that can be changed at any time.

Sometimes the quality of entries is a question of word count as longer articles will usually contain more detail. The length, however, varies by language. For example, a sentence in French may contain more words than a sentence in Kiswahili, which associates subjects, objects and tenses with verbs. Measuring by the file size of an entry is also of limited use as some alphabets take up more virtual space, Martin Rulsch, who works for the German section of Wikimedia and has volunteered, told TBEN. for the site in various capacities for over 15 years. .

Rulsch said quality should be measured by individual indicators. He said that having a large number of contributors alone doesn’t necessarily translate into great content. An article initially “studied in detail” and factually valid would not always benefit from several modifications and addenda. In addition, it is not easy to quickly call the number of authors in each language version, he said. It is therefore not easy to measure the quality of Wikipedia according to a formula.

Poor spelling and grammar can be a sign that an entry is of poor quality, said Nenja Wolbers, project manager at the Digital Opportunities Foundation in Germany, which promotes online inclusion to tackle the social digital divide. She said users should be careful about whether an article is neutral or expresses an opinion, and whether it provides the big picture and presents different perspectives.

Users should be on the lookout for contradictions and should always check the sources, Wolbers said: “This is essential if I want to know if the information is valid.” She said it was important for quotes to be referenced and for users to verify sources. “It makes sense to just click on the links,” she says. Wolbers uses Wikipedia for a general overview of a topic, but “that doesn’t mean I have a final answer.”

“Users should remember that Wikipedia is a site used by many authors,” she said, “and things can be changed quickly”.

Articles on the same topics are written and edited independently of each other by authors in different languages. They can focus on different aspects of the problems; there may even be very different information. For example, entries on Crimea, which Russia annexed to Ukraine in March 2014, differ by language. TBEN’s fact-checking team analyzed the German, Russian and Ukrainian entries. The German version qualified Crimea as a “Ukrainian peninsula”, while Russia did not mention its membership of Ukraine, while acknowledging a territorial dispute. The entries contained much of the same basic factual information about the region, but the entries differed on more recent events: the Ukrainian version has a section titled “Annexation of Crimea”, but the Russian refers to “the accession of Crimea to the Russian Federation. “Most Russian entries on the subject fail to mention that the referendum of March 2014 which led to the annexation of Crimea was not considered legitimate by the Ukrainian government and many international institutions, which do not recognize neither annexation.

Rulsch cited the conflict between Armenia and Azerbaijan over the territory of Nagorno-Karabakh, which erupted again recently. “I have seen this conflict on Wikipedia for over 10 years,” he said. “The question is to define – whether it is genocide or not – and who started it.” Volunteers like him can work as mediators in such situations. “I don’t think there is truth and neutrality, but Wikipedia’s goal is to get as close as possible to it and strive to achieve it,” he said. “If there is no neutral point of view, then more than one point of view can be presented.”

Wolbers recommends that users use translation tools to read Wikipedia entries in other languages, as well as to find other sources.

There have been several reported cases of politicians editing entries about them. In Germany, the energy lobby has been accused of tweaking Wikipedia entries in order to “green”. Celebrities such as American actor Lindsay Lohan have been pronounced dead. Wikipedia even has a list of bogus entries in nine languages. A hoax article about an extinct fictional carnivore called Mustelodon has been online for 14 years and nine months – at least according to Wikipedia. “The more obscure a topic, the less likely people are to read it,” said Rulsch, “and the smaller the language version, the greater the risk of manipulation.”

There are mechanisms to prevent this, but Wikipedia often depends on the users. “In theory, I could now spread conspiracy theories about antiquity because not many people would read them,” Rulsch said. “But someone would notice if there was a link to another author, and then all of my edits would be carefully considered.”

Rulsch is very familiar with non-German pages, because he is also a “steward”, which gives him access to “small Wikipedias”: language versions with less than 50,000 articles and less than 10 administrators, to which he supports . He said there was generally less propensity to manipulate the entries into smaller versions because there were fewer readers.

To avoid manipulation, administrators can remove users who have violated regulations. They can also protect articles so that only certain users can edit them. For example, the Bosnian language version of the entry on the 1995 Srebrenica massacre is protected, and the rights to edit various English entries relating to the sexual organs have been restricted.

Over the years, said Rulsch, a quality control system has been developed by language versions with a large number of users. German entries must be given a green light before being published, for example, and only registered users are allowed to create new articles in English. Bots are also used to filter out certain words, such as vulgar terms. There is also a transparency tool for users of all language versions, which gives a history of changes and deletions.

Is Wikipedia therefore a credible source? Many of the entries are well documented, checked for quality and – unlike reference books – often completely up to date, but, 20 years after its creation, the online encyclopedia is not 100% reliable because the information can be manipulated, and sometimes almost undetectable.

Therefore, Wikipedia encourages users to be attentive and to use critical judgment.

France to close ski lifts due to Covid-19, due to winter sports tourism