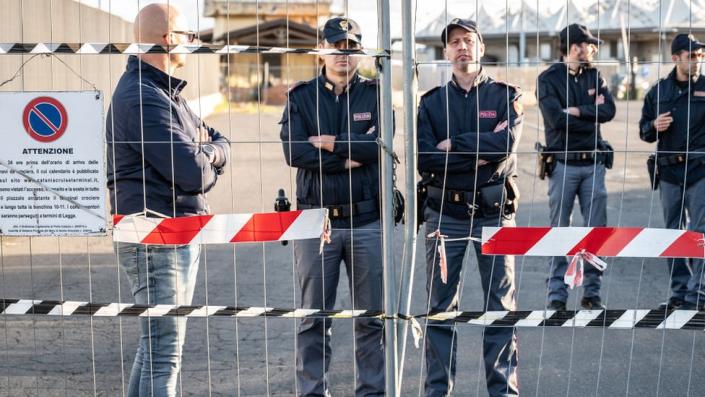 A video of Giorgia Meloni, a right-wing politician turned Italy’s new prime minister, accusing France of using a “colonial currency” to “exploit the resources of African countries” has been widely shared on social media.

There have recently been tensions between the two countries over how to deal with African migrants. Italy refused to allow a migrant rescue vessel to dock, France accused the Italians of “unacceptable behaviour”.

In the video clip, Ms. Meloni can be seen claiming that “50% of everything Burkina Faso exports ends up in… the French treasury”.

On November 20, the Daily Mail wrote about the video clip with the headline: “Italy’s new prime minister launches blistering rants saying immigration from Africa would STOP if countries like France stopped exploiting the continent’s precious resources” .

But the music video featuring Ms Meloni is actually from 2019 – long before she became prime minister – and her comments back then were wrong.

What did Giorgia Meloni claim?

The video comes from an interview on January 19, 2019 on the private Italian TV channel La 7, when Ms. Meloni was a member of parliament and leader of the right-wing Brothers of Italy party.

Ms. Meloni holds up a CFA franc note and describes it as a “colonial currency” that France prints for 14 African countries and uses it, she claims, to “exploit the resources of these nations”.

She then holds up a photo of a child working in a gold mine in Burkina Faso, claiming that “50% of everything Burkina Faso exports goes into… the French coffers”.

“The gold that this kid goes through a tunnel to win usually ends up in the coffers of the French state.”

The music video ends with her words “the solution is not to take Africans and bring them to Europe, the solution is to free Africa from certain Europeans who are exploiting it”.

We examined a similar claim in 2019 when another Italian politician blamed France for impoverishing Africa and encouraging migration to Europe.

France does print currency – the CFA franc – for 14 African countries, including Burkina Faso. Participation in this currency is voluntary.

The currency was created by France in the late 1940s to serve as legal tender in the then African colonies.

When Meloni filed her claim in 2019, France required African countries using the CFA franc to deposit 50% of their foreign exchange reserves (not their exports) with the French treasury in exchange for a guaranteed exchange rate with the euro.

These countries were free to access these reserves at any time if they wished and France paid them interest while holding them (at 0.75%).

France also did not demand “50% of everything Burkina Faso exports”.

According to World Bank data, France is not even in the top five destinations for Burkina Faso’s exports by total value, with gold being the top export destination. In 2020, it exported almost 90% of its gold to Switzerland.

We have asked Ms. Meloni’s office if she still stands by her comments, but have not received a response. The French government also did not respond to our request for comment.

What has happened since then?

Reforms to the CFA zone were announced in December 2019, removing the requirement that countries in the zone deposit half of their reserves in France.

The IMF said in March this year that the account holding these reserves in France had been closed and that the Central Bank of West African States (which controls monetary policy for eight countries, including Burkina Faso) now manages the reserves.

It is free to deposit it wherever it pleases.

Why is the French currency zone controversial?

Critics of the CFA currency arrangement called it a remnant of colonialism and said it has hindered the economic development of the 14 African countries that are part of it.

They also claim that they have no say in the monetary policy that European countries in the Eurozone have agreed upon.

An article last year for the US-based Brookings Institute stated that while countries using the CFA franc generally had lower inflation rates, the CFA franc regime limits their policy options, particularly in dealing with the impact of the coronavirus pandemic.

Other economists have pointed out that the annual average GDP growth rate — the increase in the value of all goods and services produced — of CFA countries and other African economies has been fairly similar over time.

France defends the currency system because it provides a “stable economic framework” for the economies that are part of it, and since the currency is pegged to the euro, it says it offers better protection against economic shocks and helps keep inflation under pressure. keep control.

And countries are free to leave the zone, it adds.