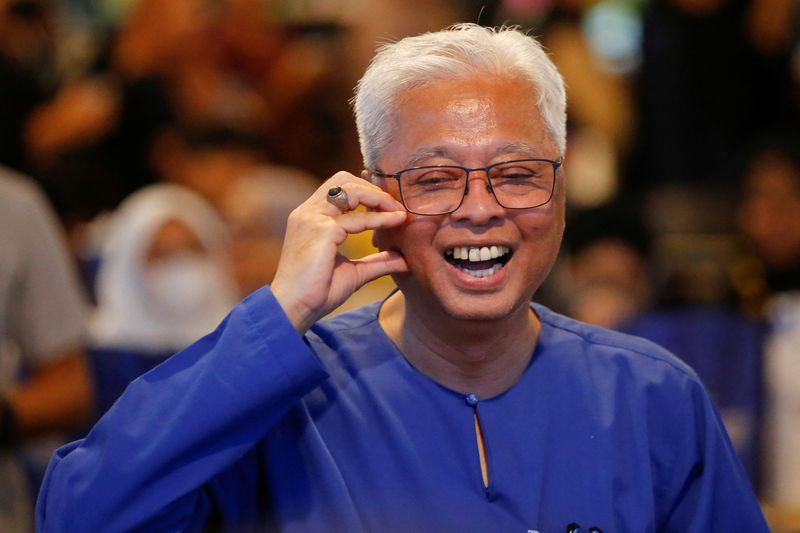 With an unprecedented split of votes between the three coalitions and numerous smaller factions, no bloc is expected to win the majority in the lower house of parliament needed to form a government.

Here are the candidates vying for the top job:

The incumbent Ismail is the prime ministerial candidate for the Barisan Nasional coalition, which has won all but one election in Malaysia’s history.

He was prime minister for just 14 months before a power struggle forced him to issue early polls.

Ismail faces the difficult task of persuading Malaysians to vote for Barisan despite allegations of corruption against some of his leaders.

Former Barisan leader and former Prime Minister Najib Razak is in jail over the multibillion-dollar 1MDB graft scandal that cost the coalition the 2018 election.

ALSO READ  Arizona has certified its midterm elections, but out-of-state kooks are still demanding a rematch

Ismail is part of the United Malays National Organization (UMNO) political party, which leads Barisan and prioritizes the interests of the dominant ethnic-Malay community in multi-ethnic, Muslim-majority Malaysia.

A survey released Friday by TBEN pollster Merdeka Center shows that Barisan is lagging behind the Anwar coalition.

Anwar leads the Pakatan Harapan Alliance, the multi-ethnic coalition that ousted Barisan from power in 2018 for the first time since independence in 1957.

His reformist coalition was on course to take 82 seats out of 222 seats in the lower house, according to the Merdeka poll, ahead of Muhyiddin’s Perikatan Nasional alliance on 43 seats and Ismail’s Barisan on 15, but with 45 too close.

Anwar has been eyeing the premiership for more than two decades since he served in Mahathir Mohamad’s government as Deputy Prime Minister and Finance Minister in the 1990s. But the two fell out, with Anwar leading massive protests against Mahathir and calling for reforms.

They buried the hatchet in 2018 and came together to beat Barisan. But their alliance collapsed less than two years later due to infighting over Mahathir’s promise to hand over power to Anwar, returning Barisan to power as part of another coalition.

Anwar served 10 years in prison for a sodomy and corruption conviction, which he said was politically motivated.

The former Prime Minister’s Perikatan has emerged as a third force in Malaysia. Muhyiddin is winning crucial support from the majority of Malays, taking some voters away from Barisan, analysts say.

His coalition prioritizes Malaysia’s interests and includes the Islamist party PAS, which has called for Sharia Islamic law.

He played a vital role in the collapse of the Pakatan government in 2020 and led a group of defectors to form a government at the start of the COVID-19 pandemic.

Muhyiddin, who was treated for pancreatic cancer in 2018, also served as deputy prime minister.

Although Ismail is Barisan’s official prime ministerial candidate, there is intense speculation that Zahid – who leads the coalition – would seek the job if his alliance wins.

Zahid, a former deputy prime minister, has denied the rumours. He is senior to Ismail in the coalition, which is plagued by power struggles.

This month, Zahid purged the coalition of some longtime members aligned with Ismail and dropped them as candidates for the election.

He is on trial for graft, to which he has pleaded not guilty.

(Reporting by A. Ananthalakshmi; editing by Kanupriya Kapoor and William Mallard)

The Bharat Express News - December 3, 2022 0
A federal judge on Thursday urged lawyers for Republican Florida Governor Ron DeSantis to explain why the governor's recent suspension of a prosecutor he...

Wordle 532 answer for today: Here’s the Wordle answer for December...