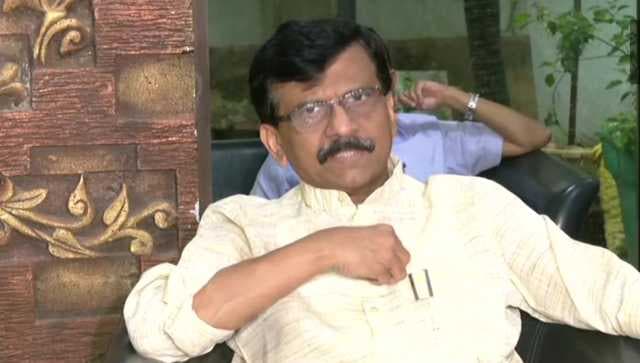 “…False action, false evidence…I will not leave Shiv Sena…Even if I die I will not surrender…I have nothing to do with scams,” Raut tweeted.

New Delhi: Shiv Sena leader Sanjay Raut said on Sunday that Maharashtra and his party will continue to fight against false actions against him even as the Enforcement Directorate has carried out searches of his Mumbai residence and other buildings linked to the Patra Chawl land scam case.

“…False action, false evidence…I will not leave Shiv Sena…Even if I die I will not surrender…I have nothing to do with scams,” Raut tweeted.

“…False action, false evidence…I will not leave Shiv Sena…Even if I die I will not surrender…I have nothing to do with scams”, tweets Shiv Sena leader Sanjay Raut

The problems for Shiv Sena leader Sanjay Raut piled up as officials from the enforcement directorate reached his residence around 7 a.m. today. Three teams from the Enforcement Directorate are conducting searches at various locations, including Raut’s home in Mumbai.

The ED officials visited his residence after he twice skipped the summons in the case linked to alleged irregularities in the redevelopment of a ‘chawl’ in Mumbai and related financial transactions involving his wife and alleged associates.

The Sena leader was questioned on July 1 in connection with the case. He was summoned to appear again on July 20, but he was citing the ongoing session of Parliament. He was then asked to appear on July 27, but again he failed to show.

The Rajya Sabha MP, who is in the Uddhav Thackeray camp, denied any wrongdoing and claimed he was targeted because of political vendetta.

BJP MLA Ram Kadam wondered why the Sena leader had missed the summons. “Why is he afraid of the Enforcement Directorate if he is innocent? He has plenty of time to give a press conference, but no time to visit the investigative agency’s office for questioning,” The Bharat Express News quoted him as saying.

ALSO READ  Interview | How Narendra Modi makes difficult, sometimes unpopular decisions and yet the masses stand by him

Meanwhile, as news of raids on Raut’s residence spread, a large number of Shiv Sena workers gathered outside his residence to show support for their leader.