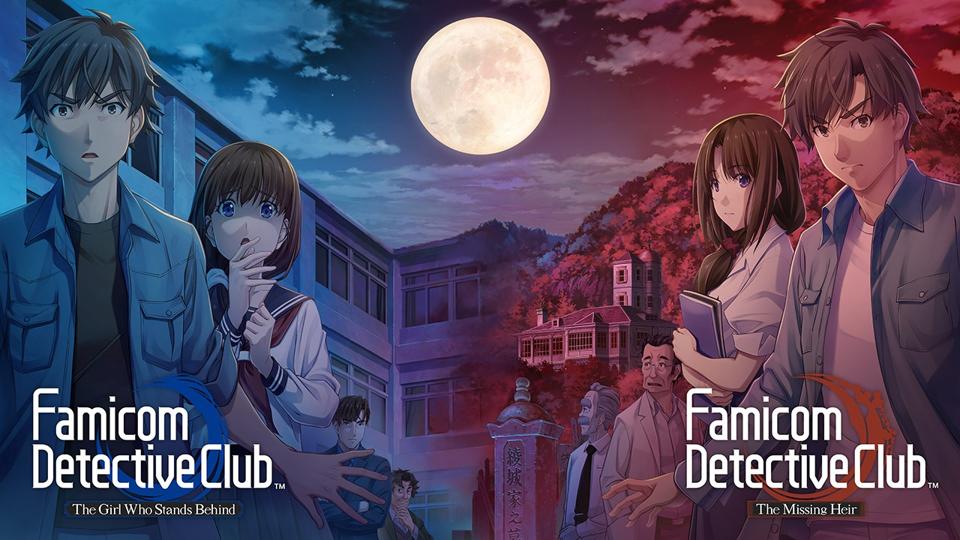 One of the most interesting gaming footnotes in Nintendo’s long and rich history is its Famicom Detective Club Adventure games released in the late 80s. While games later received SNES and GBA ports in Japan, games have never come west, until now.

Released as a duology, the first game in the series was The missing heir. It was a mysterious death in the Ayashiro dynasty, with the Utsugi detective agency called in to investigate. However, the game begins with amnesia, which only complicates matters further.

Navigating the game is pretty straightforward, as you can examine areas and talk to people. The main “game” is definitely in this last sphere, because you have to listen carefully to what each person tells you. You also often have to ask the same questions multiple times to get all the information you need.

However, spam questions won’t get you very far and you will need to use a good degree of careful logic to successfully progress through the story and solve the mystery. However, being thorough is essential, as the main points of the general mystery tend to dissipate in a somewhat obtuse manner.

The second game, The girl standing behind, is actually a prequel to the first game and generally plays out more logically. Functionally, it works the same, when you examine areas and ask people various questions.

The narrative path is more direct in this game, although much more frightening. It also doesn’t try to mislead you as much. However, you should always work your line of questions in a careful and logical manner, in accordance with The missing heir.

Both games look solid and have decent character animation, with lots of very beautiful environments. The Japanese voiceover work is also good and the updated music is decently done, although you can revert to the original 8-bit score as well if you wish. From the point of view of production value, therefore, these two games have been updated correctly.

In terms of overall gameplay though, I personally think it’s best to tackle the games in the order they were released rather than in the narrative timeline. Mainly because The missing heir is more devious in the way the mystery unfolds, so move on to The girl standing behind feels more functionally fluid.

However, while these games are both interesting and have been skillfully remade for the Switch, they still feel more of a curiosity than anything else.

While these games were both written by Yoshio Sakamoto, of Metroid fame, they are from a very different era of the game and are not really for everyone. I think that’s partly because they initially appear to be visual novels, but are actually closer to adventure games.

Naturally, I’m very happy that Nintendo decided to remake these games, as they are most certainly historically relevant in the sense of the game, but they still feel a little out of place.

Overall, the Famicom Detective Club Games are interesting gaming curiosities from an older era of gaming. If you are more of a Nintendo historian, you will find these games fascinating. For everyone however, they are an acquired taste.

Disclosure: Nintendo sent these games to me for this review.