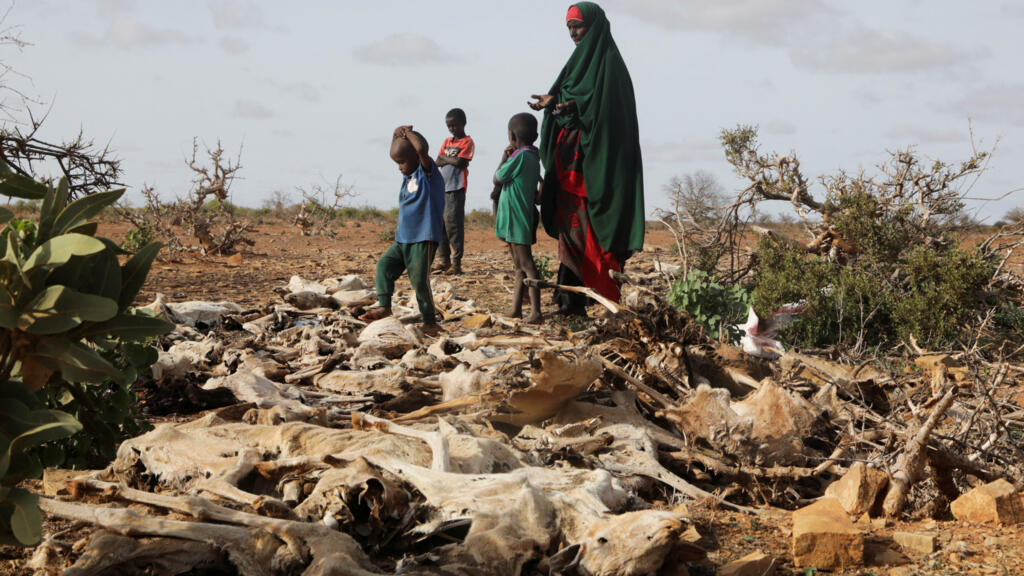 The UN chief of humanitarian aid warned on Monday that drought-ravaged Somalia is on the brink of famine and time is running out to save lives.

“Famine is imminent and we are getting a final warning,” Martin Griffiths, head of the United Nations Office for the Coordination of Humanitarian Affairs (OCHA), told a news conference in Mogadishu.

“We are in the last minute of the 11th hour to save lives,” he declared.

An upcoming food and nutrition report on Somalia has concrete evidence that famines will occur in two regions between October and December, Griffiths said.

“I have been deeply shocked in recent days by the pain and suffering we see so many Somalis endure,” said Griffiths, who began a visit to the country on Thursday.

Somalia and its neighbors in the Horn of Africa, including Ethiopia and Kenya, are in the throes of its worst drought in more than 40 years after four failed rainy seasons that wiped out livestock and crops.

Humanitarian organizations have been sounding alarm bells for months.

The United Nations World Food Program (WFP) said last month that the number of people at risk of starvation in the region has risen to 22 million.

In Somalia alone, 7.8 million people face hunger crisis, or about half the population, while about a million have fled their homes in a desperate search for food and water, UN agencies say.

In 2011, famine in parts of Somalia, one of the world’s poorest countries, killed 260,000 people, more than half of whom were children under the age of six.

Griffiths described scenes of heartbreaking suffering during his visit to Baidoa, one of the two areas facing famine, and said he saw “children so malnourished they could barely talk” or cry.

The conflict-ravaged country is considered one of the most vulnerable to climate change, but is particularly ill-equipped to deal with the crisis.

A deadly uprising by the radical Islamist Al-Shabaab group against the fragile federal government restricts humanitarian access to many areas.

A protracted political crisis also diverted attention from the drought, but new president Hassan Sheikh Mohamud used his inauguration speech in June to call for international aid to avert an impending disaster.

In recent years, increasingly extreme droughts and floods have increased the devastation caused by a locust invasion and the Covid-19 pandemic.

“Somalia is facing unprecedented levels of drought that have mainly affected rural communities, among other impacts such as conflict, Covid-19, macroeconomic challenges and a recent upsurge in desert locusts,” the UN Food and Agriculture Organization (FAO) said in a statement. about Friday.

It said people’s resources to produce food and earn an income had “crossed the breaking point.”

At the beginning of this year, the WFP had estimated the number at 13 million and called on donors to open their wallets in a time of dire need.

Funds came in slowly at first, with the Russian invasion of Ukraine and other crises drawing attention to the Horn disaster, humanitarian aid workers said.

In June, the British charity Save the Children issued a warning that the international community is “sleepwalking into another catastrophic famine” in Somalia.

“An estimated 2.3 million girls and boys are at immediate risk of violence, exploitation, abuse, neglect and death from severe acute malnutrition as a result of a food and nutrition crisis across Somalia,” it said in August.

In 2017, more than six million people in Somalia, more than half of them children, needed help due to a prolonged drought in East Africa.

The Inter-Agency Standing Committee, chaired by Griffiths, brings together the heads of 18 organizations inside and outside the UN.