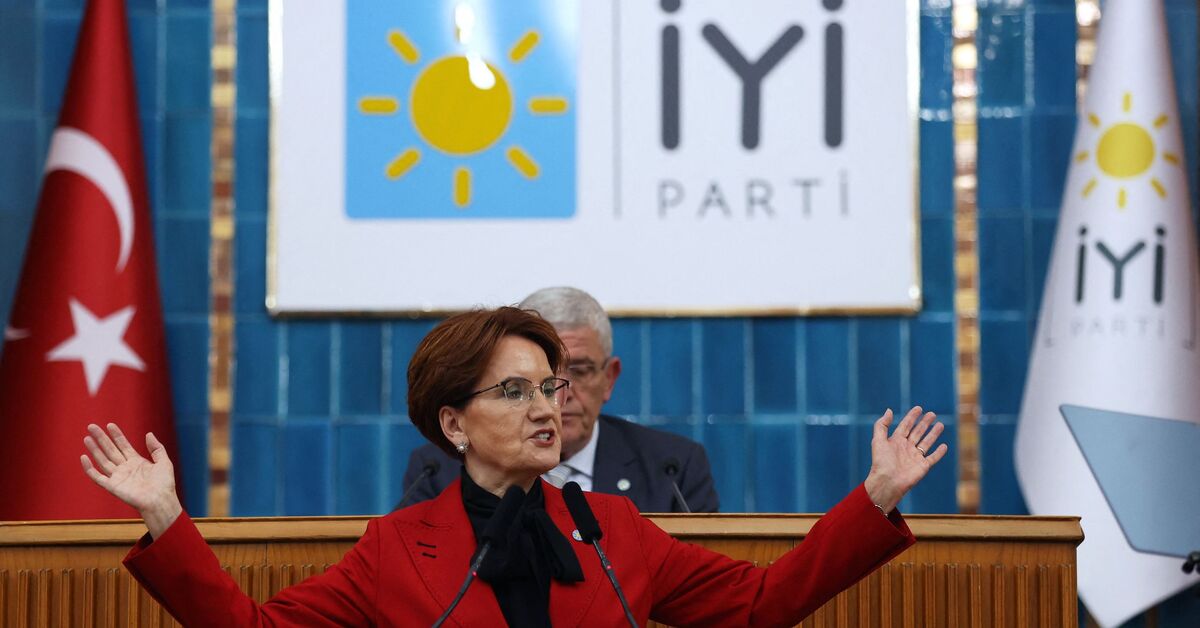 A right-wing opposition leader in Turkey has vowed to kick out all Syrian refugees by 2026, saying Turkey has become a “warehouse for immigrants” and an “almost garbage dump” for Europe that doesn’t want them. Meral Aksener, the leader of the far-right Iyi of Good party, says she is ready to meet Syrian President Bashar al-Assad in Syria to resolve the issue.

Aksener today blamed the country’s president Recep Tayyip Erdogan and his ruling Justice and Development Party for introducing her party’s “immigration doctrine and strategic action plan” under which an estimated 3.7 million Syrians would be repatriated and the “demographic composition and Turkish identity” of Turkey. Aksener claimed that there are currently at least 8 million refugees in Turkey, the largest refugee population in the world.

The plan outlines a series of draconian measures, including “isolating” illegal immigrants in “concentration camps” and forcing them to return to their countries of origin against their will under a formally proclaimed policy of refoulement. Syrian refugees will be denied access to public parks and beaches “in ways that would disrupt social peace” and deprived of their current benefits.

“By September 1, 2026, in the third year of our rule, we will have returned all Syrian migrants to their countries,” Aksener said.

Plan A is to secure the voluntary return of the refugees, presumably through dialogue with the Assad regime and in cooperation with the EU, which Aksener calculates should fund the reconstruction of Syria’s war-ravaged infrastructure. About 80% of Syrians live in abject poverty, exacerbated by drought, power shortages and sanctions against the regime. If Plan A fails, and few doubt it, then Aksener’s Strategic Plan of Action must go into effect.

With only months to go before the national elections, vows to deport Syrian refugees are quickly becoming a top pledge as public resentment against them escalates into physical attacks. Recent polls show that at least half of the country is in favor of reconciliation with the Assad regime.

The formula apparently works with a newly formed party, the Victory Party, which is rising in the polls thanks in large part to the racist rhetoric of its leader, far-right academic Umut Ozdag, and nibbling at the grassroots of the Good Party.

Syrians pay the price. On September 5, Fares Mohammed Al-Ali, a 17-year-old Syrian, was stabbed to death by an angry mob in the city of Antakya, which borders Syria. He had graduated high school with high marks and was preparing to enter medical school. The attack was caused when he stroked a woman’s shoulder as he walked down the street. The action was interpreted by her son as sexual harassment, an accusation often leveled against Syrians and other asylum seekers. In June, two other Syrian youths were killed in separate attacks in Istanbul.

Metin Corabatir, the founding chairman of the Ankara-based Asylum and Migration Research Center, said the attacks on Syrians “fly in a balloon” and that the government, whose open-door policy at the outset of the Syrian conflict in 2011, was the “right one”. ,’ does little to mitigate the situation. Politicians fanning the flames of xenophobia to gain votes have “blood on their hands,” Corabatir told Al-Monitor.

Syrians live in constant fear, and a growing number do not send their children to school, where they face increasing discrimination. “I wake up every morning feeling nauseous. The comments are getting louder and louder. Aksener has equated Syrians with garbage, it’s a new low,” said Omar Kadkoy, a Syrian analyst at The Economic Research Policy Center of Turkey, a think tank in Ankara.

“All political parties are on the same page about the Syrians, albeit with different formulas for sending them home,” Kadkoy told Al-Monitor. Erdogan says they will settle in areas in northern Syria currently under Turkish military control. The main opposition Republican People’s Party has put forward a milder version of Askener’s proposal.

Anyway, he said, such talk only legitimizes violent actions against his fellow Syrians, who feel utterly powerless because their future is legislative for the sake of the votes.

Even Erdogan has started talking about returning Syrians to their country and the need for dialogue with Assad, the man he once wanted to overthrow by force.

Corabatir noted that the plans are a flagrant violation of international humanitarian law.

Under the 1951 Refugee Convention, a refugee cannot be returned to a country where he or she faces serious threats to his life or freedom. Syrians returning to regime-controlled areas face both.