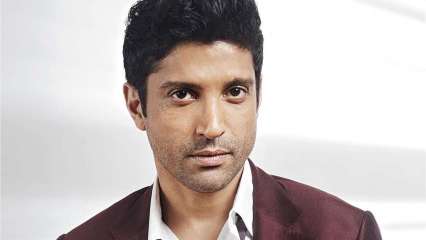 Farhan Akhtar has signed an international project with Marvel Studios. Unconfirmed sources said the actor started filming for the project in Bangkok, although when we reached out to Marvel owner Disney they declined to comment.

“Farhan is currently stationed in Bangkok, with international cast and crew, filming a project with Marvel Studios, which is known to be one of the biggest movie studios in the world,” the source said. .

ALSO READ  Ahead of 'The Falcon and the Winter Soldier' ​​airs, Tom Hiddleston and Owen Wilson launch new 'Loki' poster

Looks like we’ll have to wait for an official announcement.

Meanwhile, Farhan has the movie “Toofaan” lined up for release. The actor plays a boxer in the film. “Toofan” was directed by Rakeysh Omprakash Mehra and also features Mrunal Thakur, Paresh Rawal, Supriya Pathak Kapur and Hussain Dalal. This is the second time that Farah has worked with Mehra. The two had collaborated for the film ‘Bhaag Milkha Bhaag’ in 2003.

In a recent interview, speaking about the making of ‘Toofaan’, Mehra said, “So in a way the lockdown was liberating for me. I was working on it 20 hours a day without any disruption. setting up an edit line. with one of my editors, and the same with sound. That period also gave me space and time to complete other scripts. “

ALSO READ  'Black Widow' trailer: Scarlett Johansson as Natasha Romanoff struggles to cope with the past and deal with unfinished business

The highly anticipated sports drama will premiere direct on Amazon Prime Video on May 21.