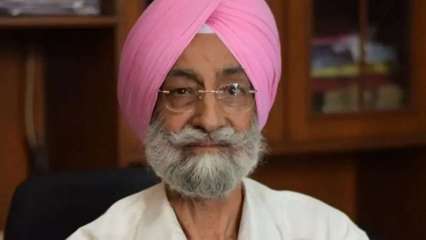 In a tweet, Union Bhartiya Kisan said: “Bhupinder Singh Mann, former member of parliament and national president of BKU and chairman of the All India Kisan coordinating committee, has stepped down from the four-member committee set up by the Supreme Court.

“While grateful to the Indian Supreme Court for appointing me to the 4-member committee to start a dialogue with the Kisan unions on the three laws introduced by the central government. As a farmer myself and as a union leader , in view of the feelings and apprehensions prevalent among the agricultural unions and the general public, I am ready to sacrifice any position offered to me or given to me so as not to compromise the interests of the Punjab and the farmers country, I recuse myself from the Committee and I will always stand by my farmers and the Punjab, ”Mann said.

ALSO READ  MSP will continue, no one can take land from farmers: Rajnath Singh

The Supreme Court on Tuesday put the three new contentious farm laws on hold and ordered a committee headed by a former chief justice of India to break the deadlock between the Center and the farmers against the laws.

“Representatives of all farmers’ associations, whether or not they organize a protest and whether they support or oppose the laws, participate in the deliberations of the Committee and present their views. The Committee, after having heard the Government also because the representatives of the associations of farmers and other stakeholders submit a report to this Court containing its recommendations ”, noted the SC.

The SC has also suspended the implementation of agricultural laws until new orders. “In addition, the properties of farmers will be protected, meaning that no farmer will be dispossessed or deprived of his title as a result of any action taken under agricultural laws,” the SC said.

Gujarat renames THIS fruit as ‘Kamalam’, CM Vijay Rupani says there is no policy behind the name change

The Bharat Express News - January 20, 2021 0
Prediction SA-W vs PK-W Dream11 Team: South Africa The women start their home series against the Pakistanis with the first of...